This doc starts out with a bold blanket statement: “in 2017, the world was more volatile than at any time since WW2”. It then goes on to talk about “liquid modernism” and “world disorder”, claiming that we are moving in a very dangerous and toxic direction, and suggesting that a large war could be about to ensue. The tone of Europe at Sea is very bleak. And sadly also very urgent.

This 62-minute featurette follows the footsteps of Federica Mogherini, the Italian woman (pictured at the top) with the longest job title on Earth: she is the High Representative of the European Union for Foreign Affairs and Security Policy and Vice-President of the European Commission in the Juncker Commission, a position she acquired in November 2014. The also Italian and also female film director Annalisa Piras then delves a number of topics familiar to anyone who has either a computer or a television: mass immigration as a result of wars of Africa and the Middle East, peace in Europe since the creation of establishment of the EU 60 years ago, Brexit, the threats of Russia and Trump, and much more. Television footage and titles containing facts and figures are blended with talking head interviews with Federica and the likes of British academic Mary Kaldor (pictured below) 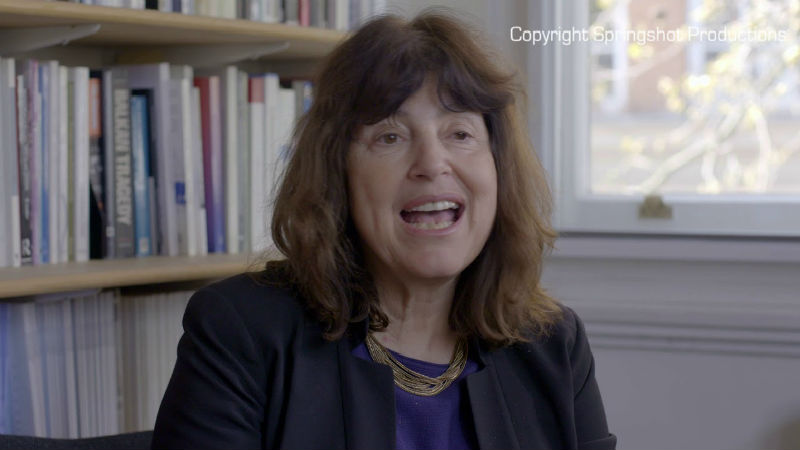 Roughly halfway throughout the movie, the director shows some disturbing footage of an illegal immigrant boat capsizing with tens of people being thrown into the Mediterranean. It then explains that at least 17,000 deaths of such nature occurred between January and August this year, and then it investigates the Operation Sophia, aimed at rescuing such people. “Saving lives is our number one priority”, explains Federica. She then complements: “I hope that’s not a push factor”, in reference to the fact Africans might be attracted by the prospect of being rescued in case of an accident.

Europe at Sea exposes a lot of issues pertinent to Europe and the world. But it has quite a few problems, perhaps because it’s too ambitious. Firstly, it’s never entirely what the film is about. Operation Sophia only takes up a small part of the film, making the film title strange and misleading. Unless the “sea” refers to the fluidity of times? Still, very vague. The film sometimes feels a little disjointed: it talks about migration, then waltzes towards national security and then skids back to migration without building an entirely coherent narrative. 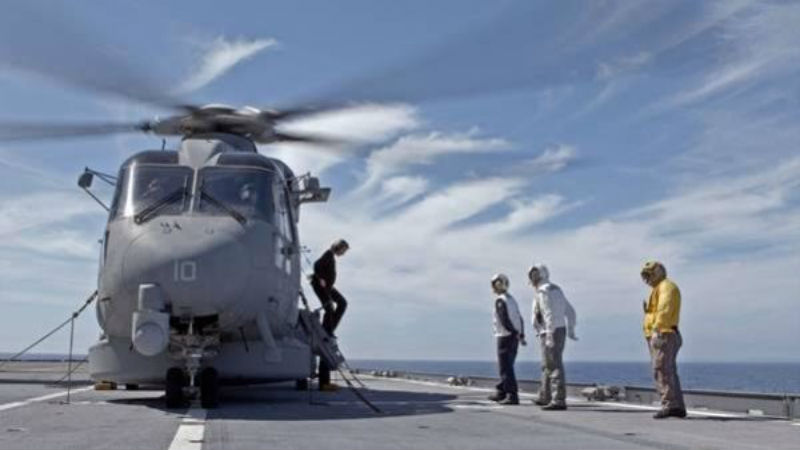 Plus, some perverse connections are made, perhaps unwittingly. For example, terror attacks are discussed in the context of immigration, giving the impression of a direct causability. All in all, the tone of the film sounds blatantly propagandistic, and unabashedly pro-EU. I am staunchly pro-European, but this does not mean I wouldn’t welcome a more balanced stance. When Russia is discussed, the music in the background sounds a lot like the soundtrack of The Omen (Richard Donner, 1976). These Russians are evil people; may the mighty EU rescue us good people from them! A lot of viewers might also feel uncomfortable at the clear suggestion that the EU Army should be created, and that it should cooperate with Nato.

Still, an interesting piece of investigate journalism dealing with valuable insight into a number of issues, which we simply cannot afford to ignore. Europe at Sea is available on all major VoD platforms on Friday, December 1st. Not cheerful holiday watching, yet necessary.

There is a wall protecting Europe from the "cruel" people of the South - astounding documentary opening the Open City Documentary Festival in London takes a Kafkan look at how European perceive their nether neighbours [Read More...]