"Greasy movie"
The story of Anne Frank is packaged for the smart phone generation in this robust, albeit familiar documentary featuring Helen Mirren - now on Netflix

Josef Stalin is reputed to have said, ‘one death is a tragedy; one million is a statistic.’ Now, quoting a brutal dictator may seem dubious in the review of an Anne Frank documentary, but Stalin’s aphorism contained an unpleasant truth; it is much easier to empathise with the death of one or several individuals than the slaughter of millions, and the Holocaust was the greatest slaughter of them all – where does one begin to comprehend the suffering?

Primo Levi would echo this sentiment years later: ‘One single Anne Frank moves us more than the countless others who suffered just as she did but whose faces have remained in the shadows.’ With #AnneFrank: Parallel Stories, filmmakers Sabina Fedeli and Anna Migotto seek to bring this tragically human facet of the Holocaust to the social media generation, especially young women.

This objective is highlighted by scenes of a young girl (Martina Gatti) visiting the sites of Anne’s life and the wider Holocaust, documenting her travels online with the handle @KaterinaKat. A shallow gimmick, some may think, but there’s a good chance it will resonate with its target audience. 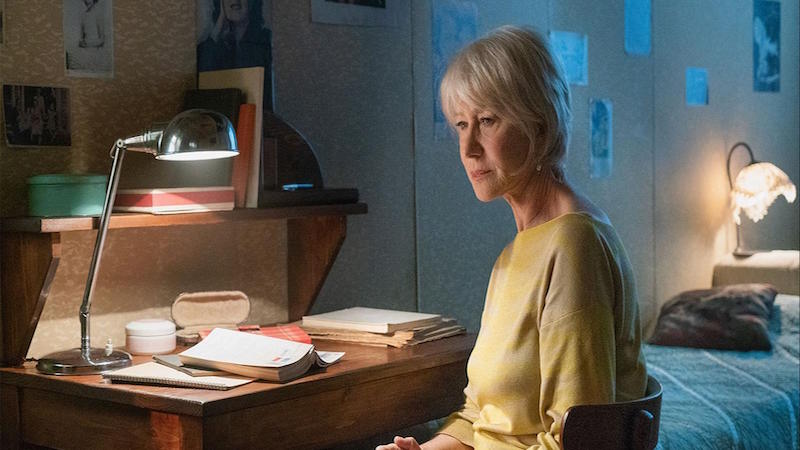 The bulk of Parallel Stories is steered by Helen Mirren, who provides narration and readings of Anne’s diary. Mirren’s status lends sizeable heft to the documentary’s profile, but her recitals can be overly thespian. In fact, the film is best when it steps back from Anne Frank and its star narrator and documents the testimonies of five fellow Holocaust survivors: Arianna Szörenyi, Sarah Lichtsztejn-Montard, Helga Weiss and sisters Andra and Tatiana Bucci.

These ladies recount terrible hardship and suffering, but they do so with strength, defiance and even humour. They have beaten their oppressors and led long, fruitful lives. Especially characterful is Sarah, who has such a cheerful energy that she breaks into song on one occasion. The only strain of sadness running through these interviews is that Anne Frank would be the same age as these ladies if she was here today.

#Anne Frank: Parallel Stories contains no revelations, but it is compelling enough to be procured by teachers and museum curators. It is out in UK and Irish Cinemas from 27th January to coincide with Holocaust Memorial Day. On Netflix in July.