Riding high on its buddy comedy tropes, The Peanut Butter Falcon is a road movie ready to warm your heart in these cold October days. After winning audiences at South by Southwest earlier this year, the movie now arrived in London

The titular character is Zak (Zack Gottsagen) – a young man with Down syndrome who wishes to be a wrestler. He spends most of his days rewatching VHS tapes made by his icon, pro fighter Salt Water Redneck (Thomas Haden Church), and devising elaborate plans to escape from the nursing home he’s been put into by the state. When he manages to get out, he crosses paths with down-on-his-luck outlaw Tyler (Shia LaBeouf) and they set out to Salt Water’s school, where he can pursue his dream. 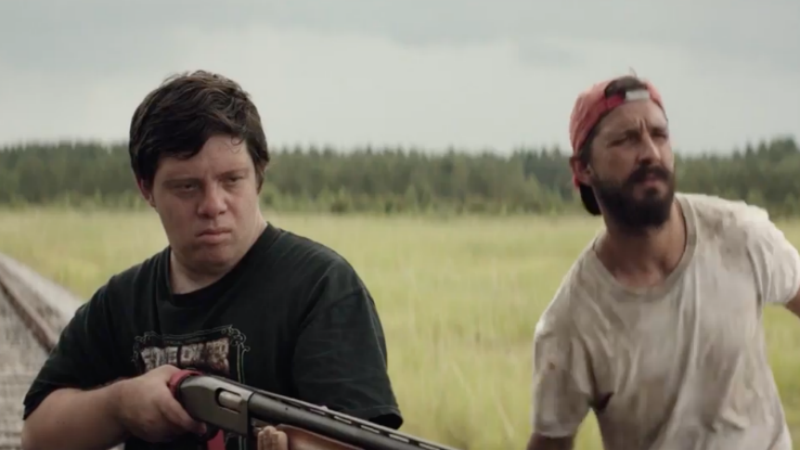 The biggest feat of writer-directors Tyler Nilson and Michael Schwartz here is how they build a friendship like Zak and Tyler’s in a way that feels natural, with their similarities coming up gradually during their trip. Both Zak and Tyler are outcasts in their own way and both lack the family structure that could provide them with support.

Tyler, in particular, is deeply scarred by the loss of his brother and is initially drawn to help Zak out of guilt and desire to escape the clutches of local fisherman Duncan (John Hawkes), whose equipment he sets on fire in a rage. When he warms up to his unexpected companion, LaBeouf’s work in bringing these layers to his acting is extremely brave. Gottsagen, whose struggle to become an actor largely provides the real-life backbone to this otherwise fictional story, taps into a larger-than-life version of himself that is a joy to see. 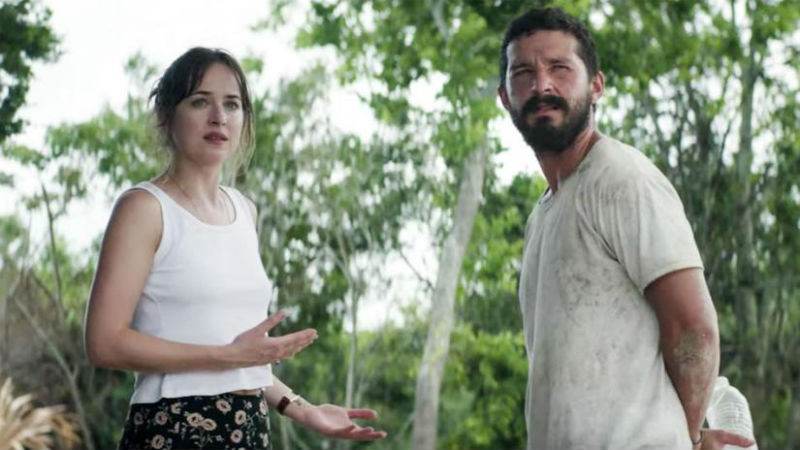 The filmmakers’ background in documentary-making makes the American Deep South as much of a character as the people who populate it. There is a freedom in that green wilderness that mirrors the one the protagonists long for. For them, society, despite being reasonably safe, also feels restrictive – and that’s why they run from it. This conflict is embodied by Eleanor (Dakota Johnson), an employee of the nursing home who gets the task of bringing Zak back there. When she finds the duo, she – and the audience – is posed with a burning question: should we aim for survival or for actually living?

Set to a banjo-heavy soundtrack and with an overall compelling cast, The Peanut Butter Falcon makes the most out of its premise and serves as a reminder of the need for hope in the face of adversity. If you are looking out for a feel-good movie that knows exactly where its heart is, then you know what to do!

The Peanut Butter Falcon premieres at the BFI London Film Festival and then opens in cinemas on Friday, October 18th. On Amazon Prime on Friday, February 4th (2022). Also available on other platforms.

Check out 10 dirtylicious films from the upcoming BFI London Film Festival, including the latest features by Martin Scorsese Francois Ozon and Kleber Mendonca Filho, plus a little treat from Pablo Larrain! [Read More...]