"Mostly clean movie"
Michael Winterbottom's latest music doc does exactly what it says on the tin: it follows the British rock band Wolf Alice on the road. And that's pretty much it. You might like it if you are a fan. Otherwise you'll likely get bored - out in cinemas soon

The Lancashire director of the music films 24 Hour Party People (2002) and Nine Songs (2004) returns to one of the themes for which is most acclaimed for: British indie and rock. This time his subject is the North London band Wolf Alice. All very familiar territory for Michael Winterbottom. What could possibly go wrong? A lot, in reality. On the Road is guaranteed to get positive reviews in many of the specialised media, but in reality it is rather mediocre. 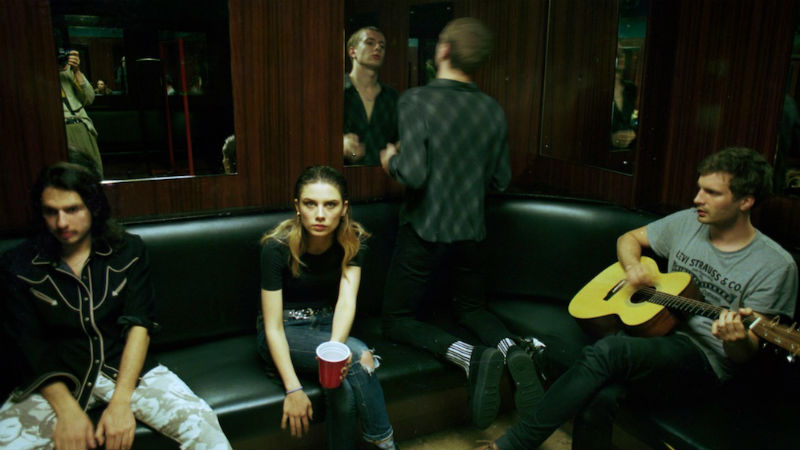 Winterbottom does succeed to capture the intimacy and relaxed moments of the band and crew as they tour of the UK. There is plenty of tender backstage interaction and friendly banter. There are also intimate moments in bed, but these are staged by actors who blend seamlessly into the story – these are the most profound and touching scenes of the movie, and they may remind you of Nine Songs. But that’s about it. The film feels extremely long at 121 minutes, and unless you are a die-hard fan you will probably get very bored. It’s almost as if the director felt lazy and switched off his creativity. He’s extremely prolific, often making more than one a film a year, which may explain why he doesn’t always succeed to come up with a masterpiece.

Wolf Alice is not the problem. The band is indeed very young: they formed in 2011 and only became more widely noticed a couple of years ago. They are all in their 20s. But they are not without talent and depth. The distorted riffs are easily blended with the screechy vocals, with a vaguely ethereal feel in the background. They reminded a little of the American alternative rock band The Breeders, whom I adore. 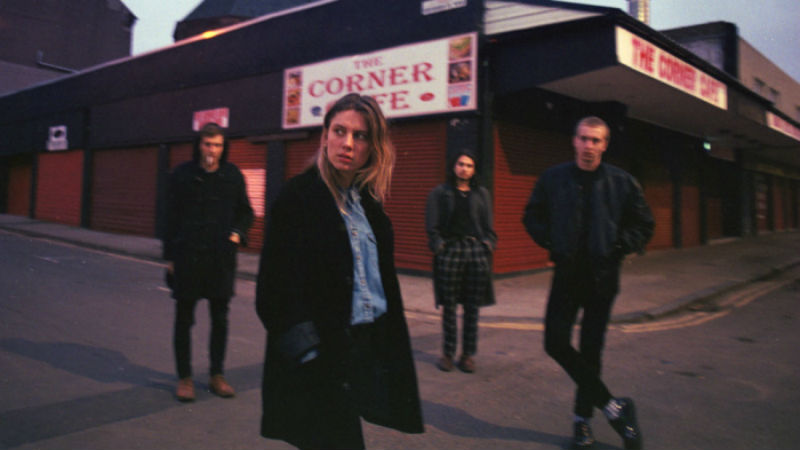 The problem is that the film banalises their tour rather than celebrates it. There is no contextualisation whatsoever (except for the intertitles with the names of the cities), no storyline, no narrative, no character development. You don’t even get a feel for the cities they are visiting, and instead it feels like they are in the same place during the two hours of the doc. The film is just a collage of images of a tour, and the coach is the binding agent. It feels distant and gloomy.

The imagery is dark and cold, and the teal-hued spotlights render the action a bit ghostly. This is by no means ugly, just not engaging enough. It will be extremely difficult to make out the details on a television screen, so if you are keen to see this movie make sure you go to the cinema. Sadly this film is unlikely to convert new fans. Unless you are a big admirer, it will not make u get up and dance. Says someone who likes indie rock a lot.

On the Road is out in cinemas across the UK on Friday, October 5th.