Neither Wolf nor Dog

"Dirty gem"
An author is asked to write a book about a Native American elder's experiences, taking viewers on a fascinating journey through the history and the issues that the Lakota people face - in cinemas Friday, August 23rd

The opening wide angle shot takes in an impoverished scene, a wooden shack with a privy up a rough grassy track. A very old man is making a laboured progress towards the privy. A young woman appears at the door of the shack about to make a phone call on her cell phone. It connects her to a man about to say goodbye to his wife and child. The phone call is made to a man living in a city 400 miles away. Her message to him is that her grandfather wants to speak to him and he does not speak on the phone. From this moment on, we are drawn into an unfamiliar world where a different reading of the history of the American West and the Native American experience gradually emerges. 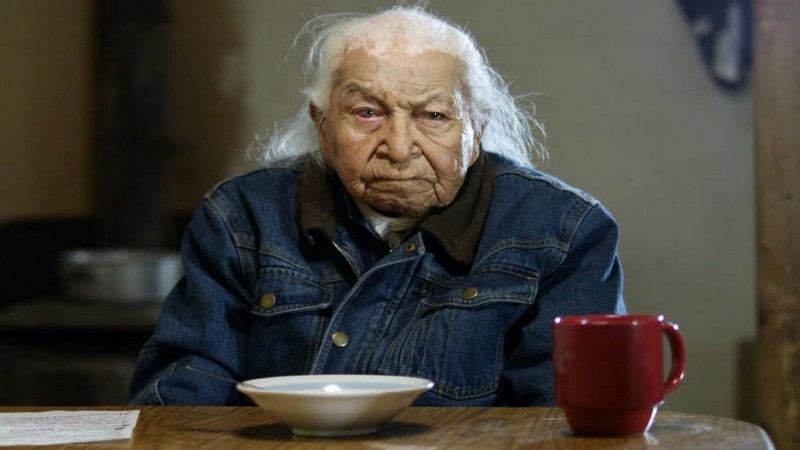 His reluctance to become involved is the narrative thread which continues throughout the film. Our understanding grows as we begin to appreciate that the old man nearing the end of his life wants the younger man to write a book about his Lakota Indian Nation’s history in a way which realistically reflects the experience of those living in the west when the white man came. Despite false starts and misunderstandings, he is confronted with his own ignorance of the issues faced by the people who lived on the land he is travelling through.

The film is an adaptation by the director, Steven Lewis Simpson, and Kent Nerburn, author of a book published 25 years ago, based on a journey he made and recorded in a book. The narrative is brought to life by the participation of an outstanding cast of Native American actors. The old man, Dan, is magnificently played by 97-year-old Chief Dave Bald Eagle, a Lakota elder, a man whose commitment to being an American is demonstrated in having been in the D-Day landings in WW2. He lived to see the completed film. 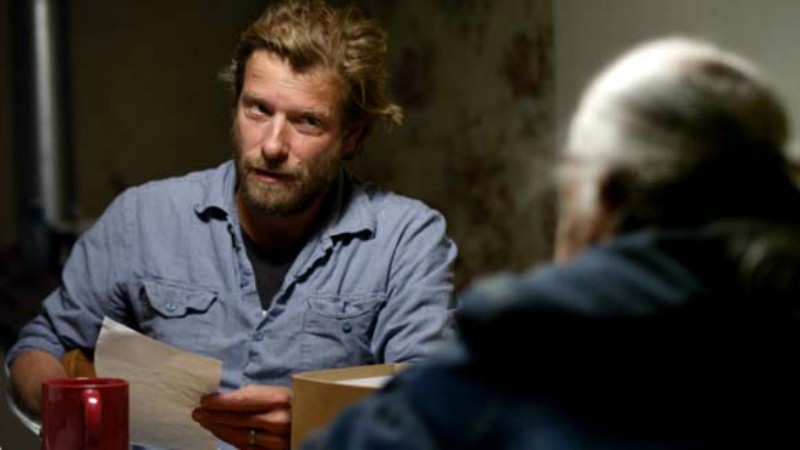 Dan and his companion and younger friend Grover (Richard Ray Whitman) more or less take Nerburn (Christopher Sweeney) on a road trip and organise various encounters with the aim of opening his eyes to the experience of the Native American people. The austere landscape is elegantly filmed contrasting starkly with the rundown townscapes of the various settlements. The leisurely pace belies that the film was shot in 18 days with a small crew. The music composed by Evelyn Glennie conveys a dream-like and mysterious atmosphere which complements the growth of Nerburn’s new awareness of the experience of the Lakota people.

Neither Wolf nor Dog is out in cinemas across the UK on Friday, August 23rd.

As a child, the weekly family outing was going to the pictures every Monday night a...

Look at the guarani-kaiowá indigenous people of Brazil in the eye, plus experience their culture, spirituality, strength and revolt firsthand, as they engage in a battle against eviction and genocide - screening on April 19th [Read More...]