The highs and lows of extreme rural living are expertly depicted in 24 Snow, a documentary that dives into life in one of the most inhospitable places on earth. Alternating scenes of natural beauty with a down-to-earth character portrait of an middle-aged Yakut horse breeder, it celebrates traditional forms of living while lamenting their slow erosion to the forces of modernisation.

Sergey Loukin’s story takes place in the area around Sakkyryr, Russia, one of the coldest inhabited places on earth, where temperatures regularly plummet below minus fifty degrees. It’s so cold in the winter that sheets of ice cling to the horse’s fur and must be removed with axes, and reindeer and husky-pulled sleds remain the only form of transportation. There is no electricity, no internet and no shops for miles around. Sergei must make do with his immediate surroundings alone. We follow him for around a year, from snow to summer to snow again. 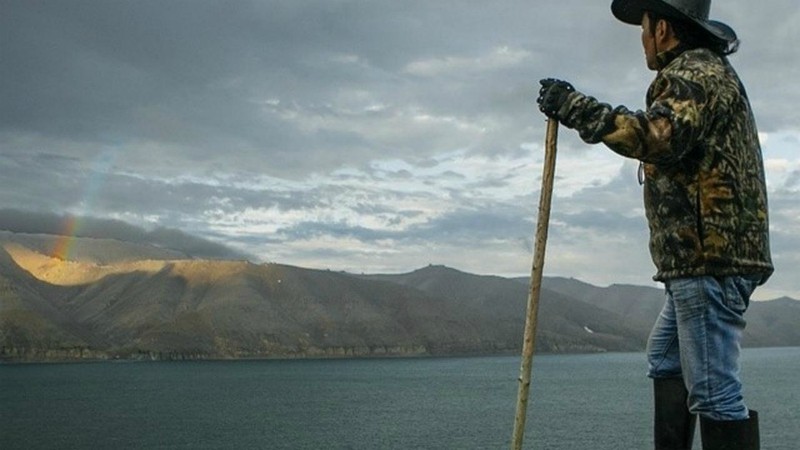 There is something very satisfying and empowering even in watching someone dedicate themselves to a simpler, less encumbered way of life. It’s evident that director Mikhail Baryin feels the same way. Stunning cinematography of the Russian Taiga — replete with endless snowy plains, misty mountains and huge lakes — give Sergey’s work a mythical vibe, as if his life is untouched by time itself.

But times are changing, Sergey deliberately framed with his cowboy hat and leather jacket like he’s the last hurrah of the old school. His eldest children have left for the city, earning plenty more than the mere 5,000 roubles (£61.79) he says he earns a month. Sergei knows he could earn more money working elsewhere, but its evident that nothing beats the rush of horse breeding or being so close to nature. He is also often estranged from his family for long periods of time: he says he left his daughter while she was starting to laugh and came back to see her starting to walk. 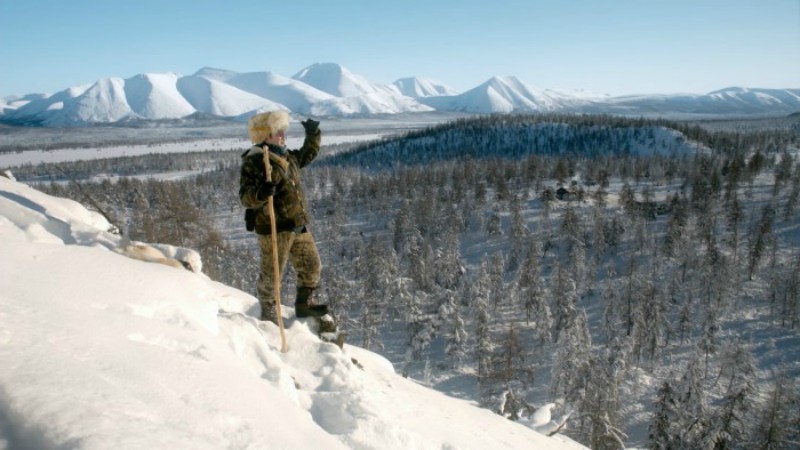 This is the price he pays for his life, which he accepts with both grace and a touch of regret. He knows he is an outlier, even for the Indigenous Yakut people, yet it is this very extremity that seems to be its own reward. Baryin finds ways to express this in both deeply dramatic ways, such as an epic horse herd crossing a vast river, and the perfectly simple; after cutting grass all day, he lies down and takes a nap, his exhausted expression the very picture of contentment. A likeable, talkative narrator, he warmly invites us into his life, regaling us with anecdotes and minuscule details, expertly communicating the sheer joy he finds in his work.

And there are certain moments that seem to place us right there alongside him. Cinematographer Mikhail Kardashevski rigs his camera on top of racing horses, travelling reindeer and the back of trucks, immersing us in Sergey’s journey across this vast, gorgeous, desolate landscape. Although we probably wouldn’t last a day in Sergey’s winter, rare films like 24 Snow give us the opportunity to imagine, ever-so-briefly, that we could. A truly transportive experience.

Neither Wolf nor Dog

An author is asked to write a book about a Native American elder's experiences, taking viewers on a fascinating journey through the history and the issues that the Lakota people face - in cinemas Friday, August 23rd [Read More...]

London is in high spirits!!!

The 12th Native Spirit Film Festival starts in just a week at the heart of the British capital, with a selection of Indigenous films from all corners of the planet teeming with colour, diversity and urgent sociopolitical issues; check out our lowdown on the event. [Read More...]