"Greasy movie"
The world is just about enough! Dutch family embarks of a journey of reconnection with the Earth by living for five years with the indigenous people of various parts of the planet - in cinemas on Friday, September 14th

Marketed as “one family’s journey in search of the Keepers of Earth”, this presumably self-financed and self-distributed doc is directed by the Dutch couple Rolf Winters and Renata Heinen as they travel across the planet with their children for five years. They are “searching for a new perspective in life” by making a film that “reveals the deep wisdom that they found and its power to transform life”. They left the rat race behind in order to connect with nature, other peoples and cultures. The whole experience sounds very cathartic for urbanites like myself, who can hardly stay away from their desk for a week (let alone years).

Rolf and Renata are seeking some sort of healing, and they encounter a patchwork of spiritualities along their journey. They think that the word “connection” has been hijacked by technology, and now they wish to reclaim it. “Let’s connect to each other”, they urged people in a Q&A after the film. And they were not referring to Facebook and Instagram. 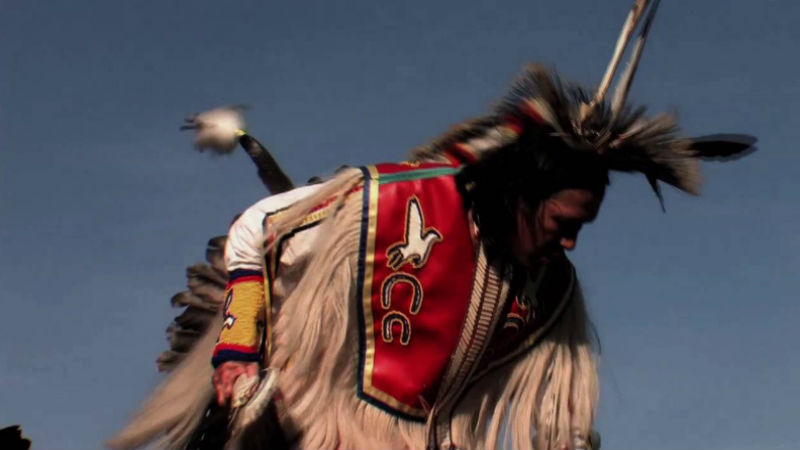 The two directors travel to virtually all corners of the planet and meet the indigenous populations. They call these people “the Earth Keepers”, as described on their website. They also meet a “Wisdom Keeper”, a native American shaman called Nowaten. Most of the time, the exact year and the locations aren’t identified – perhaps because the directors intended to make a “timeless” movie and also to emphasise that the Earth is a single place (and we are all brothers and sisters). There are beautiful images of the savanna, the rainforest, the desert as well as the modest dwelling of said Earth and Wisdom keepers. They visit the Saan people of Namibia, which they describe as “the oldest community in the world”

On one hand, Down to Earth fits in extremely well with our vision of cinema as a tool for personal liberation. On the other hand, I must confess, I found the message of spiritual healing a little clichéd. Perhaps I just too cynical and sceptical. One way or the other, I struggled to connect with the film. The notions of spiritual healing, connection with nature and longing for the ancient came across as empty platitudes to me. They are repeated ad infinitum throughout the film, yet never elucidated in more detail. What’s this much-coveted “ancient”, and what sort of modern malaise are they trying to heal? What’s the problem with the world, is it capitalism, is it consumerism, or something else? None of these questions are answered. Plus, Rolf and Renata’s interaction with locals often feels contrived. 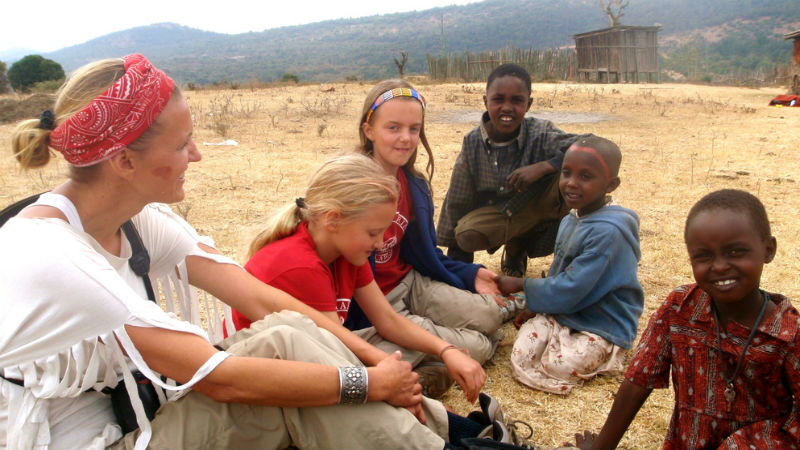 Rolf and Renate are very ambitious. They have self-distributed the film in several European countries, and they have urged people to come up with their own distribution model for their film. In addition, they have set up a social enterprise in order “to ignite and enable people-powered change towards a more sustainable world”. All very well intentioned. I’m just not convinced that the film has such potential. Down to Earth is promoted as some sort of panacea, but I’m not even sure what the diagnosis is.

All in all, Down to Earth has limited artistic, anthropological and epistemological value. But it must have been an incredible adventure and privilege for their three children. And the longest sabbatical ever for mum and dad. Also, the two directors raise important questions about distribution models, interactive cinema experience and create a call to action, which are by no means insignificant.

Down to Earth is out in cinemas across the UK on Friday, September 14th.

Space in Between – Marina Abramovic in Brazil

Brazil with your eyes closed: the world-famous Serbian artist charts the healing rituals of largest country in Latin America; she uses unorthodox remedies and meditation as she seeks a cure for the malaises of the body and the mind [Read More...]