"Dirty gem"
Tragedy turns into amusement, in this elaborate trinket of British filmmaking dealing with scrabble and starring a magnificent Bill Nighy - now available on VoD

From the opening wide angle shot of Alan (Bill Nighy) standing on an empty beach under an open umbrella we are treated to a film of visual delight, dry wit and bitter sweet pathos. Alan’s son Michael stormed out of the family home when he was 19, made furious by a game of scrabble, and hasn’t been seen since. Alan’s life is consumed by his search for Michael. He says he doesn’t want to die until he has solved the problem. He roams over the country looking for places where Michael might be and can’t go to bed without a walk beforehand in search of the missing man. His remaining son Peter (Sam Riley), now married to Sue (Alice Lowe) with a son, Jack (Louis Healy), has given up on his father yet tolerates him when he turns at his home and has to share Jack’s bunk bed because there is no other room in the house.

You might think that this is a film of intense tragedy with deep feelings and ardent longing taking over all the characters. On the contrary, I think only in this country, Britain, would such a film be made where tragedy is treated as an extended joke. Rather in the manner of Harold Pinter, the script is littered with dry, witty little non-sequiturs, strange obsessions and the loving survey of the most banal objects that make up the texture of daily life. 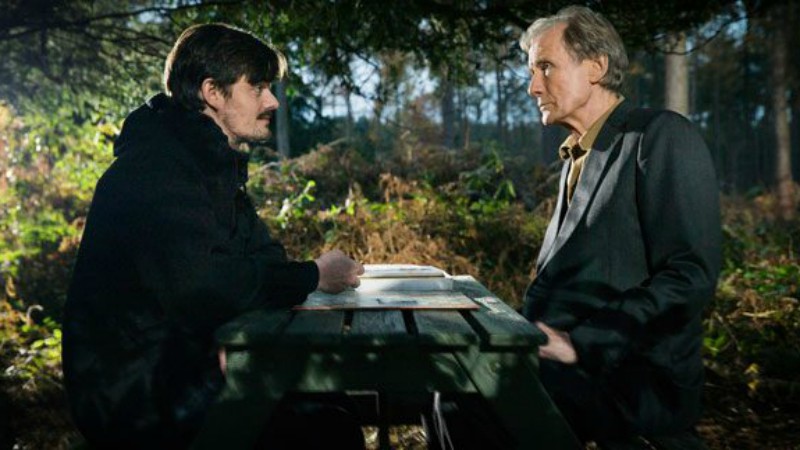 This film is driven by, of all things, scrabble. Scrabble was the cause of Michael storming out of his home, scrabble provides clues as to where Michael might be (by tell-tale behaviour on online scrabble sites), the fact that Alan has an extra “Z” for making the word “jazz”, which might provide a link to Michael. That Michael always played to the other person – not the board – could provide clues as to where Michael is on scrabble sites.

You might think that Alan is a tragic obsessive but not at all. This passion for scrabble gives him an intense of observation which leads to him labelling everything, an understanding of the small nuances of life and even to being a very considerate lover in bed – so says Margaret (Jenny Agutter), with whom he briefly links up. He notices that Jack (Louis Healy), with his sloppy old beanie hat, dishevelled jacket and uninteresting trousers, is cutting no ice with Rachel (Alice-Grace Gregoire), a girl at the local bus stop, whom he deeply fancies. So Alan, his grandad, a tailor by trade, whisks him off to his shop, gets him a nice suit (he advises him about doing up the buttons – the titular “sometimes always never” is the rule for a line of three jacket buttons from the top downwards) and cuts his hair. In no time at Rachel is all eyes for Jack and snuggles up to him at the bus stop. 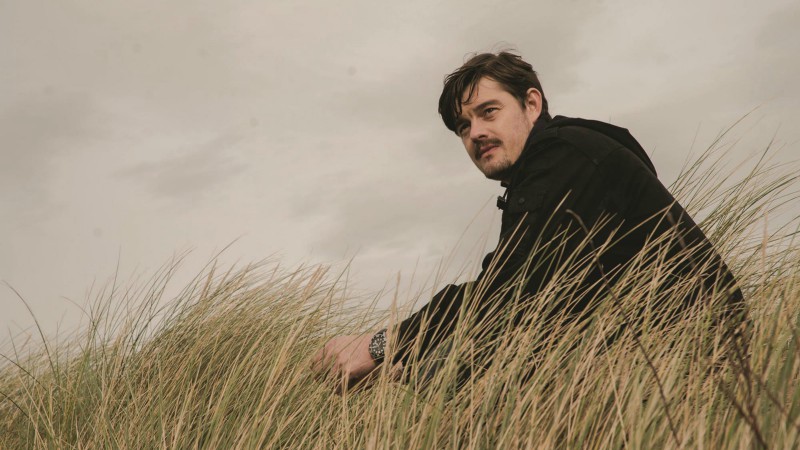 The delight of this film is its concentration on small details. The eating up of meals on a tray, shots of people talking to one another, banal transistors and clocks, the dampness of the windows in buses, the emphasis on large spaces in the country, emphasising the great gap of Michael’s absence in Alan’s life. It is all very English and in that, very true. Life’s tragedies are not swelling choruses in operas. They are objects left in the corner when someone leaves forever (Michael’s guitar with his name labelled on the case), exasperated looks from family members, the silliness of storming out of the house over a game of scrabble, the ticking of clocks, wide open landscapes. The film captures the obsessiveness of grief, the need to keep re-connecting with the loved one, the going-over of details, the constant remembering of habits.

Yet this film is not sad at all. It is very amusing at times because people are funny and deserve compassion. Peter decides to resolve Alan’s constant searching. I won’t tell you how and I won’t tell you if Michael is ever found. The only other point that needs to be mentioned is the appearance of Alexei Sayle (Bill) in a short cameo performance, which is not particularly necessary but is entertaining in its way. Alexei Sayle is incapable of being boring.

This film will live in your mind for a long time. It is a jewel of British filmmaking and should not be missed. Sometimes Always Never is out in cinemas on Friday, June 14th. On VoD on Monday, October 14th.

The Kindness of Strangers

Rory’s Way (aka The Etruscan Smile)

Staunch Scotsman travels to San Francisco in search of cancer treatment, where he has to engage with his estranged son - auspicious drama starring Brian Cox in cinemas Friday, May 31st [Read More...]