"Dirty gem"
British director's latest film is a sombre and melancholic immersive experience, not dissimilar to his previous films, this time dealing with a young boy emotionally attached to the underperforming titular race horse - on BritBox on Wednesday, March 17th

Comparable to Andrea Arnold’s turn towards America’s impoverished class in the eloquent American Honey, British filmmaker Andrew Haigh follows a similar course of direction in his latest feature, Lean on Pete. Premiering at The Venice Film Festival and produced by the dexterous A24, Haigh’s newest offering is a sombre piece that absorbs you in its world, characters and harsh settings.

Adapted from Willy Vlautin’s 2010 novel, Charlie Plummer portrays a young teenager, Charley, who finds himself emotionally attached to Lean on Pete – an underdog racehorse owned by Del (Steve Buscemi). Opening with Magnus Nordenhof Jønck’s camera, the film’s initial shots are tight medium close-up of the boy on morning run. Consequentially, such a constant movement comes to hold thematic resonance, permeating nearly every scene throughout the narrative. Operating firstly in characterising the boy, the camera secondly serves as a location setting; interpolating one deeper into small town American humdrum existence. 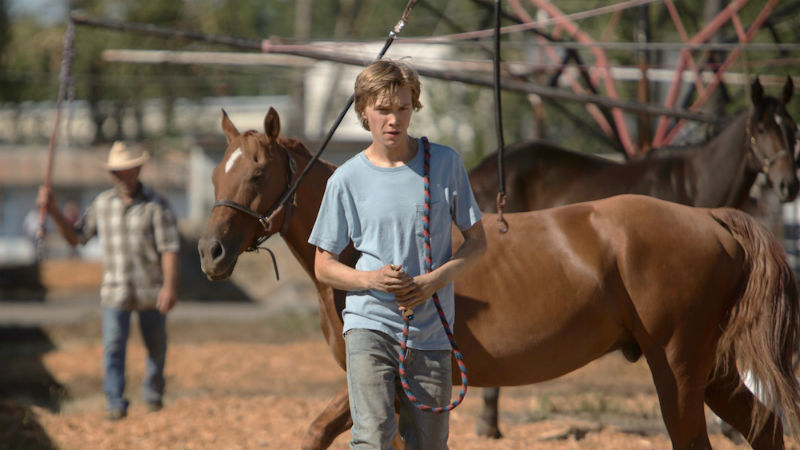 At home the only parental figure present is his father Ray (Travis Fimmel). A manual labourer, the household lacks the structure that comes with a cohesive family life. Living well below the poverty line, Lean on Pete’s characters and vistas connect to Francois Truffaut’s seminal The 400 Blows (1959). Formed in a literary tradition such as the Bildungsroman – brought to prominence by modernist D.H. Lawrence’s A Portrait of an Artist as a Young Man – these two films equally propel their leads into the cruel adult world. Such a clash of innocence and experience is a profound encounter.

Alongside the masterful Truffaut, the sudden thrust of youthful virtue into a tainted world connects this feature to a contemporaneous source, Ira Sach’s Little Men (2016). Nevertheless, the director allows his follow up to 45 Years to interchange between neo-Western elements, social realist drama and a friendship story between a boy and an animal. Initially observing this plethora of themes as a miss-direction, with distance one comes to see some reverence in this multiplicity.

Escaping the mundaneness of his home life by gaining a summer job for Del – a shady horse owner – Charley becomes emotionally attached towards a particular horse, the titular Lean on Pete. Constantly worked into the ground, the horse scrapes and scuppers to the finish line in races. Given the opportunity, Del will sell him South to Mexico when failing to win a fair number of races. 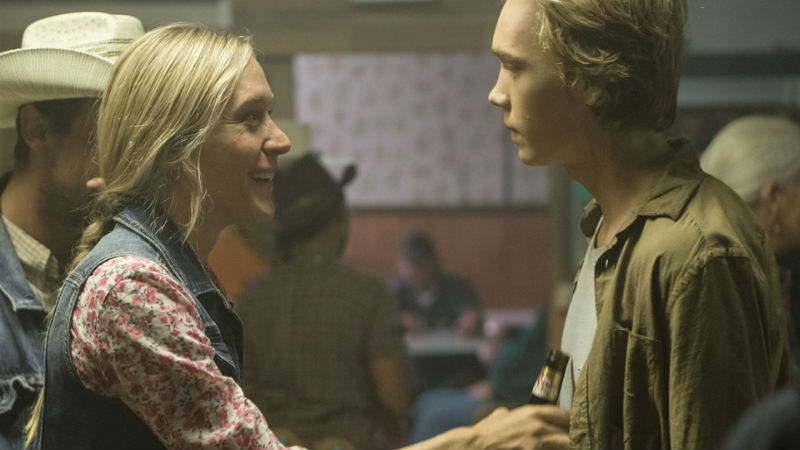 Jockeyed by Bonnie (Chloë Sevigny), her later introduction brings new light into this duo’s relationship. The antithesis to Charley’s unforgiving naivety, she is experienced in the dubious methods used by Del to immorally win races. In the atmosphere of said event, the sweat and dust the swirl around in frame pours out, leaving one fully immersed in this crooked extortion. Upon winning his first race under the care of Charley, from the moment the horse steps onto the track, his fate is an investible one – regardless of any small victories. Clinging desperately onto these animals, one cannot help but feel pathos towards all those who are involved.

Though Lean on Pete is a melancholic immersive experience, comparable to the macabre atmosphere of Haigh’s previous features, his fourth feature lacks the profound threads that made 45 Years (2015) so stirring. Coming to an end with some form of peace, Charley’s story is bookended by the formative mentioned running. Deceptively playing with narrative tropes and audience expectations of The Black Stallion (Carroll Ballard, 1979) et al, Haigh’s style is as open as the highway’s in this world. It is an open road for the director’s next step…

Even cowboys get the blues: the naked and raw life of Brazilian vaqueiros [Read More...]