Rory’s Way (aka The Etruscan Smile)

"Dirty gem"
Staunch Scotsman travels to San Francisco in search of cancer treatment, where he has to engage with his estranged son - auspicious drama starring Brian Cox in cinemas Friday, May 31st

This adaptation of a successful novel by José Luis Sampedro is a beautiful evocation of two contrasting environments: the Outer Hebrides (an island chain off the west coast of mainland Scotland) and San Francisco. They form the backdrop to an exploration of the conflicts between an estranged father and son. Faced with a life threatening illness, the independently minded father, played by Brian Cox, leaves his cottage by the sea to travel to San Francisco. There his son has an established life as a highly creative sous chef who has applied his knowledge as a chemistry graduate to create highly original food.

The son, Ian, lives with his wife and baby son in some comfort, largely thanks to the patronage and generosity of his wealthy father-in-law. The meeting of the two reveals that the father has little connection with his adult son’s life. The son recognises that rather than establishing contact with his American family, there is self-interest in the father’s visit. Rory hopes to have access to medical treatment to extend his life to fulfil an ambition to outlive a contemporary, a sworn enemy, representative of a clan feud which goes back generations. 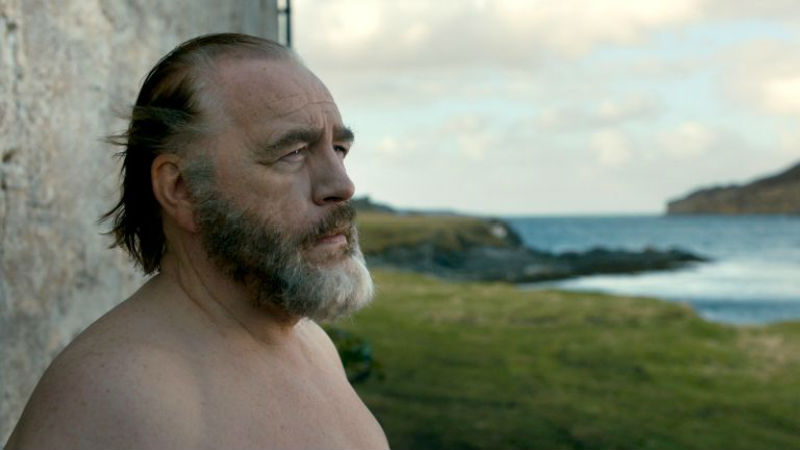 The San Franciscan couple played by Thora Birch and J.J.Feild approach their guest in ways which demonstrate their background. The son is largely exasperated by his father’s lack of interest in his life while his wife works on trying to find some common ground and apologises for their failure to welcome him. She, however, is struggling to combine the needs of a developing business and that of a very young baby.

The catalyst in the situation is the presence of the baby grandson, Jamie, whose need for attention is putting a strain on the couple’s marriage. The grandfather is subversive in the way he responds to the grandson but gradually a bond between them develops. This is beautifully observed and forms a core feature of the film. Rory, however, is hardly the responsible grandfather. He displays a reckless disregard for his new environment, taking the baby out in his ‘stroller’, taking on congested mid-town traffic, and neglecting to tell anyone where he has gone. 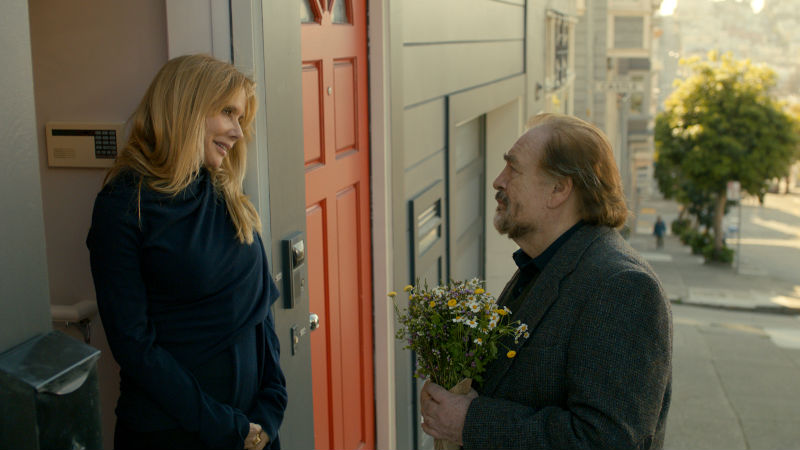 There are entertaining diversions where the Gaelic-speaking father is recruited to take part in a study at Berkeley University into endangered languages. An encounter at the local fine art museum with a curator, played with sophistication by Rosanna Arquette, leads to a slowly developing romantic relationship. However, the serious undercurrent of the film is the recognition of the life limiting diagnosis of grade 4 prostate cancer. This is confronted in scenes with his oncologist, the experienced professional, and in a fairground where the reactions of the watching audience to Rory’s announcement of his illness make clear the shock that such a diagnosis still presents.

The surprise in watching this film is observing how the relationship between the grandson and grandfather gradually affects the adult relationships. While presenting neither any new insights into father/son relationships nor responses to a diagnosis of cancer, nor the challenge of combining a career and motherhood, the quality of the acting and the stunning beauty of both the Hebridean landscapes and the San Franciscan cityscapes make this an enjoyable film to watch. Ultimately there is a feel-good ending which reflects the continuity of family life.

Rory’s Way is out in cinemas on Friday, May 31st.