"Mostly clean movie"
Strangers on their way to a wedding bond through their mutual hate of pretty much everything and everyone they know, in romcom featuring Keanu Reevs and Winona Ryder - in cinemas Friday, May 10th

Lindsay (Winona Ryder) and Frank (Keanu Reeves) are both on their way to a wedding in San Luis Obispo in California’s wine country. Lindsay was the groom’s ex and Frank is the groom’s brother. They haven’t met each other before but do so in the departure lounge of the flight to San Luis Obispo where they immediately start up a pointless argument about where Frank is standing. They can’t stand each other, they can’t stand the wedding couple, they can’t stand the idea of going to the wedding, they are both full-time haters of humanity. They don’t even like themselves. Frank has the disgusting habit of itching his ear while making a sort of howling sound. Lindsay breathes on plants. Welcome to the world of wacky Californians. 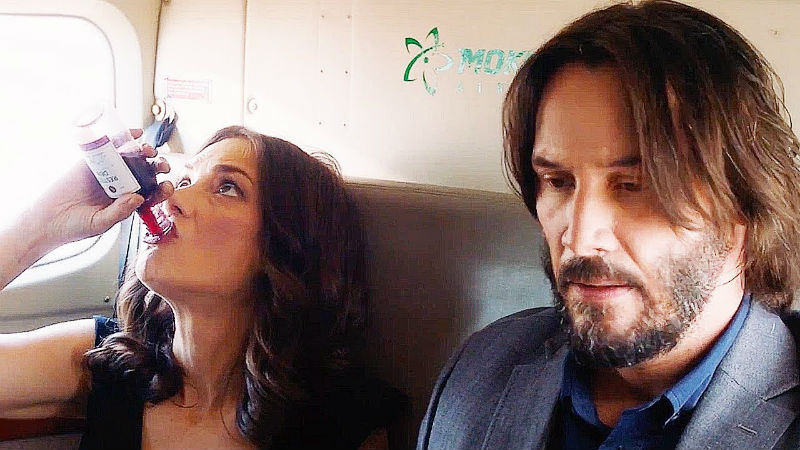 The film continues in this vein with both of them continually contradicting each other in what is supposed to be a witty way. They don’t sit with the other guests on the evening before the wedding before they despise them. They don’t appreciate their wedding free gifts left in their hotel rooms or their transport (all of it complimentary – this is the world of rich Californians). They get bored at the wedding, wander off into the surrounding countryside and encounter a wild lynx (I presume that was the cat in question). Frank frightens it off with the disgusting howling sound he makes when he itches his ear. They both fall over into each other’s arms and before you can blink, they are making love.

I have never seen or heard of a couple of any description of sexuality make love, including their orgasm sounds, while carrying on what is supposed to be a witty conversation. Sexy? No, not at all. If you get your jollies imagining or looking at celebrities making love, this is not how to go about it. Believe it or not, they eventually fall in love and secure their affection by drinking wine and eating what looks like a large bar of Toblerone on one of their hotel beds. Of course, they go on arguing but that is supposed to be part of the fun. 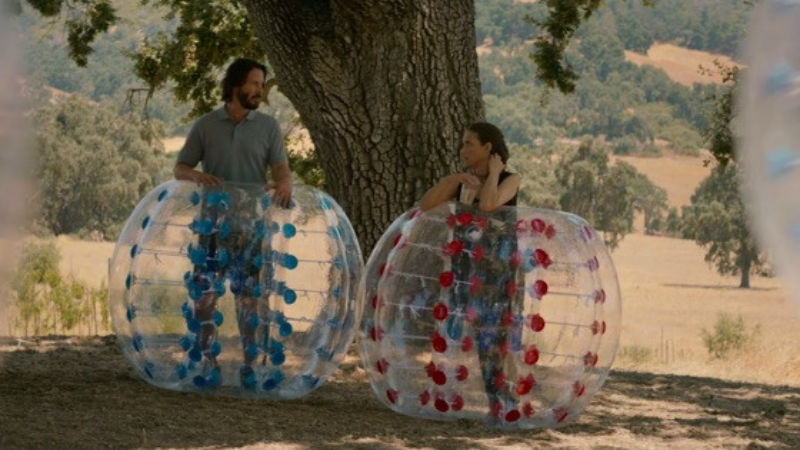 This movie is essentially a celebrity vehicle. Lots of people will like it because they like celebrities or are crazy about Winona Ryder or Keanu Reeves. Hollywood films about sparring couples are not new and are sometimes quite funny. I was left cold. I find it an exercise in social sycophancy of a particularly American kind. I am reminded of British people watching films about the Royal Family in a grovelling way – not that such films show royal couples making love, but you never know, Megan and Harry might surprise us yet. Harry at least knows how to get his kit off in Las Vegas!

Celebration Wedding is out in cinemas across the UK on Friday, May 10th.

The cult classic that helped to catapult a very young Winona Ryder and Christian Slater to fame is now 30 years old, but is its black humour still effective so many decades later? [Read More...]