A few centuries prevented William Shakespeare from witnessing Nazi Germany first-hand. Had the Bard been in Berlin during WW2, he might have conceived a Romeo and Juliet with a black girl and a Hitler Youth boy in mind. Where Hands Touch, the new film from British Ghanaian filmmaker Amma Asante, does just that.

Our protagonist here is Leyna Schlegel (Amandla Stenberg), who, despite having a name as German as strudel, has Senegalese heritage (being the offspring of white German mother and a black African father), and suffers persecution in a nation where racial purity is the ultimate goal. Whilst trying to fit in working in a factory in Berlin, she falls for Lutz (George MacKay), a member of the Nazi Party youth forces. The consequences of the ensuing romance are dire. 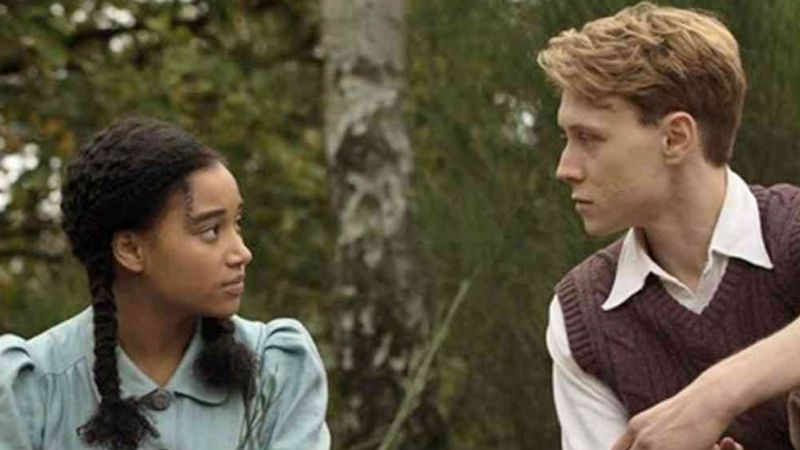 The nuts and bolts of the forbidden love take up a generous amount of screen time. Amanda and George are competent in their roles and the blossoming of their relationships has all the colour and the saccharine you’d expect from your average Working Titles production. This generated controversy and sparked an outcry – especially in US, where the film premiered – due to claims that the film was romanticising Nazism.

I don’ think that this criticism is entirely fair. The film does seem to normalise Nazism, but that’s different from celebrating it. Quite the opposite. That’s what makes it disturbing. Asante is frank and honest in its depiction of everyday life in Nazi Germany, and people’s complacence. Teachers disseminate the ideology, guards publicly execute the local breadmaker found to be a Jew and decisions, lives are treated like a mere bureaucratic affair, and so on. 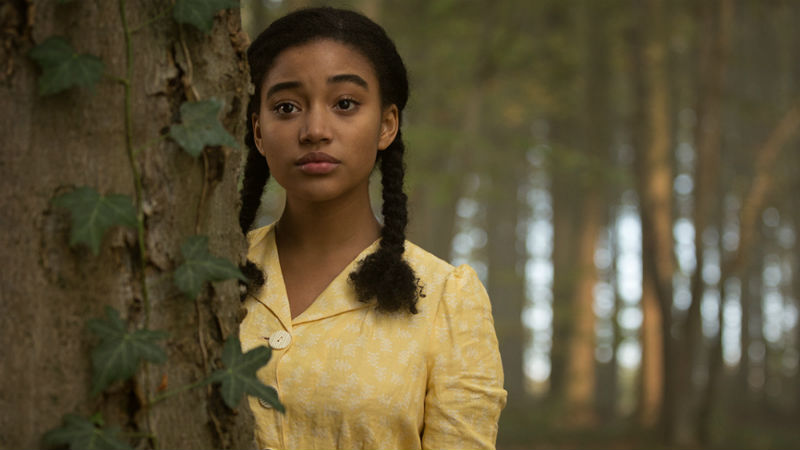 The moments when Where Hands Touch shines, however, are those that explore the crux of Leyna’s predicament: she feels German in a Germany that hates her and repeatedly casts her out. She’s forbidden for publicly showing love for a land that doesn’t recognise her as one of its children. This creates tension in her family when even her brother, having been enlisted in Hitler Youth trainings, starts doubting her status and when she finds out that her father was a soldier fighting against the country in WWI.

To her family’s dismay, she refuses to give up her German identity, with a Joan of Arc ardour and passion. These scenes have Brexit written all over. The arguments as to why Britain should leave the EU are also ardent and zealous, teeming with nationalism. In a nutshell, Where Hands Touch exposes the decadent side of those who wholeheartedly and unwaveringly embrace the exclusionary notion of national identity. Not bad for a WW2 Romeo and Juliet.

Where Hands Touch is out in cinemas across the UK on Friday, May 10th. On VD Monday, May 27th.

A very African France has just won the World Cup, which is great news for a diverse and united Europe. But what about cinema? We reveal some of the Black European filmmakers that you should be looking out for! [Read More...]

The day the Nazis spoke English: highly sanitised and romanticised movie fails to celebrate the real story of a Berlin couple who resisted their oppressive regime - in cinemas now [Read More...]