"Dirty gem"
Young filmmaker uses his own romantic life as the source material for his films, until one day one blossoming love changes the course of his career - now available on VoD

The side effect of watching too many films is that you develop a thick skin and become desensitised to the trivial joys of cinema. That’s a much bigger problem if you are a film critic. Thankfully, there are simple and effective gems like Benjamin that catch you off-guard, enabling you to reclaim these little pleasures. Simon Amstel’s charming new feature will appeal to LGBT romcom fans and the less romantic alike.

The titular protagonist (Colin Morgan) struggles with the post-production of his second feature when he lays eyes on a French heartthrob (Phénix Brossard) at a party. Both hit it off quite quickly and romance blooms. Benjamin finds out that the ultimate obstacle in his quest for love might be himself. The people around him, including his freewheeling publicist Bille (Jessica Reine), his ambitious screen partner Harry (Jack Rowan) and the struggling comedian bestie Stephen (Joel Fry) demonstrate that straight people too are grappling with such issues. 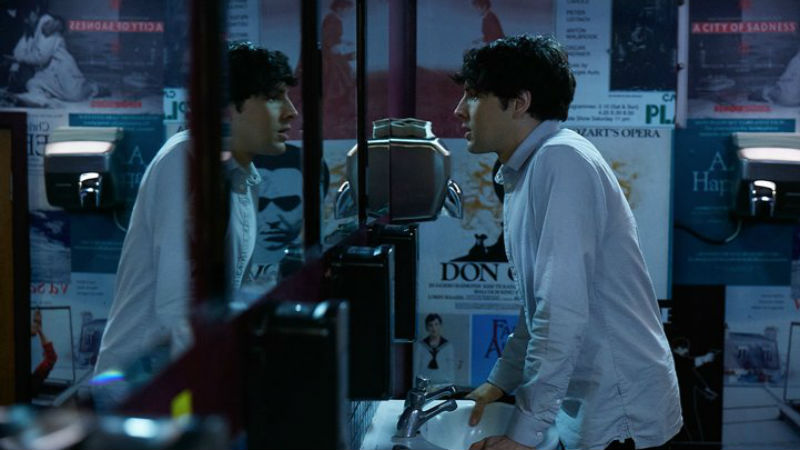 Benjamin is quite straightforward. It doesn’t reinvent the wheel. The plot consists of boy 1 meets boy 2, and boy 1 must sort his own personal mess before deep-diving into the romance. The characters are complex and fully fledged. The film offers a relatable version of London, which is also a love letter to the British capital per se.

In fact, Benjamin feels so real that it’s almost palpable. Anyone in the creative industry knows many Benjamins, Billies and Harries. Their insecurities and their awkwardness will ring a lot of bells. There is abundant cringe humour. So much that at times it feels almost like a tragedy. 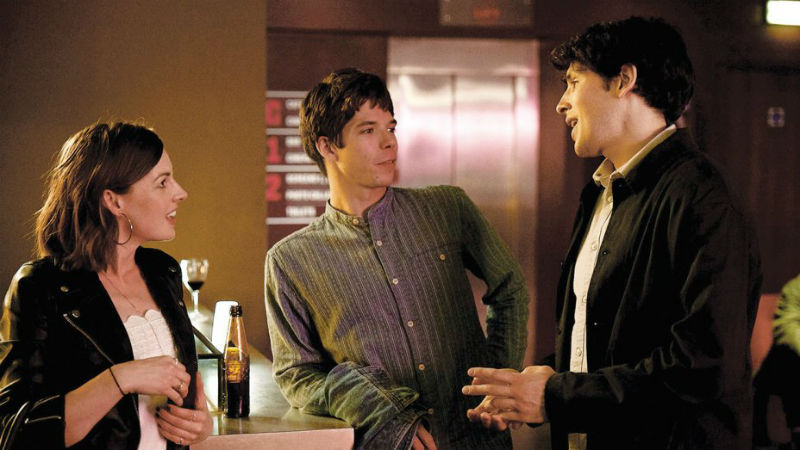 Despite the gay love story at its centre, Amstell wants to talk to people of all sexualities about about the general apathy of contemporary relationships. The script was penned by the director himself, and it manages to reach the entire human spectrum in a seemingly effortless fashion and a confident display of strength.

The relatability of Benjamin makes it rise above other romcoms. In its quirks and off-beat punchlines, it reminds us as that, despite the confusion and the pain, it’s ok to laugh and at our perpetual search for love and our failures along the way. That’s complicity. That’s a comforting feeling. At the end of the day, that’s what romcoms are for.

Benjamin is out in cinemas across the UK on Friday, March 15th. On VoD Monday, May 13th.

This lighthearted and unpretentious blend of romcom and career drama set in London lends a whole new meaning to the expression "boy next door", according to DMovies editor Victor Fraga - in cinemas now [Read More...]