"Dirty gem"
Self-proclaimed nuns challenge the American federal establishment and old prejudices by setting up a marijuana business for medicinal purposes - in cinemas and digital HD on Friday, April 26th

Kate’s life wasn’t quite a walk in the park before she became a Sister. She gave her a corporate job “fulfilling fantasies of businessmen” as a telecoms consultant in favour of her husband and children. She wanted to live “the American dream”, she clarifies. Unbeknownst ho her, her husband was a bigamist married to his previous wife. And he was conning her. She was left without money to look after her children. She went on to live with her brother. But they fell out and he kicked his sister out. She was now penniless, homeless and hopeless. 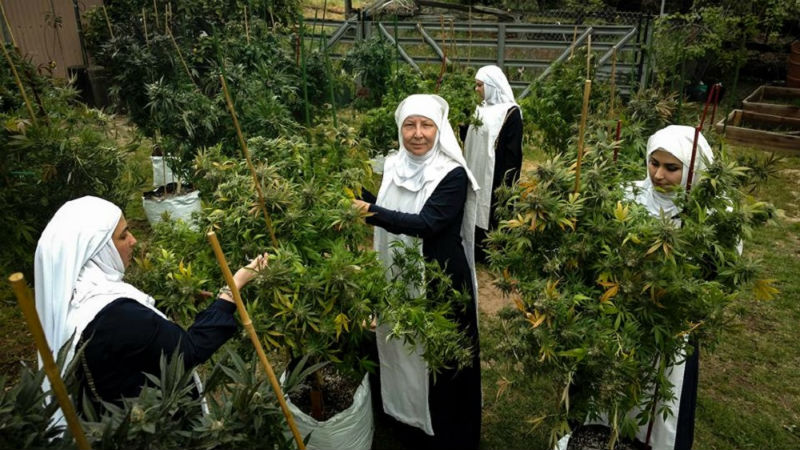 Most Christian denominations offer healing and redemption through prayer, but these very unorthodox nuns beg to differ. They offer healing through CBD-products. CBD is a naturally occurring resin of cannabis. It does not have the psychoactive properties of its far less holy sister THC (the cannabinoid responsible for the marijuana “high”). CBD has medicinal properties associated with mitigating pain, anxiety, cognition and even cancer. The Sisters sell medicinal products, not recreational drugs.

Despite their very noble intentions, the Sisters encountered widespread resistance. Throughout this 82-minute documentary, we hear both sides of the story. A preacher and a sheriff insist that cannabis is dangerous, and that the nuns are little more than drug dealers in very cunning disguise. The sisters have to contend with a very powerful enemy: the Federal Government of the US. Particularly after Obama is gone. Trump empowers prosecutors in order to enforce trade prohibition of marijuana (amongst other drugs). This could spell the end of the Sisters of Valley? Not quite. A lobbyist helps them to gain all legal protections required. The Sisters are elated. The funky music score suggests that the filmmaker is on their side. 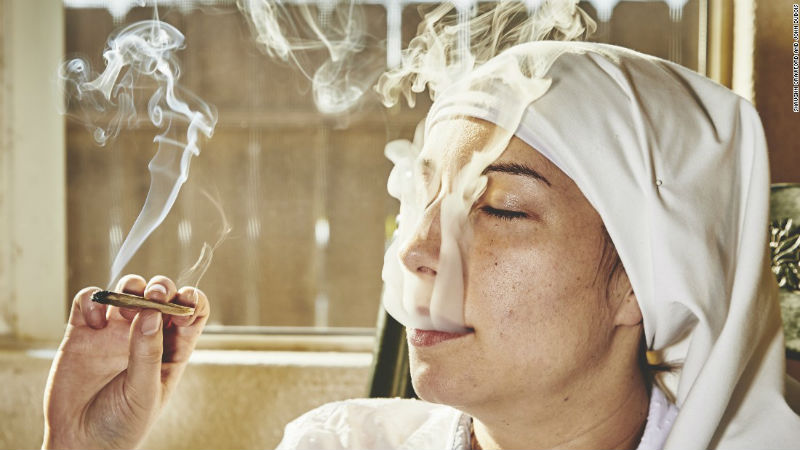 Breaking Habits is an auspicious documentary about a singular initiative combining religion, business and medicine. Strangely, the film has been marketed as a “nuns with guns” and a “gun-slinging nuns” flick. Because it rhymes. And because it sounds cool, at least to gun-loving Americans. Fortunately for us who see nothing cool in wielding a gun, weapons are only briefly featured in the movie. The nuns resort to guns for their own protection, in response to a violent robbery took place, but that’s not a prominent topic. The film does not seem to suggest that more guns is the solution to the gun problem in the US .

Breaking Habits is out in selected cinemas and also on digital HD from Friday, April 26th.