"Dirty gem"
Nuns with guns, trannies and other outlaws! Unconventional rebels resist a military junta, in an outlandish allegory of the country's chaotic political landscape - watch it now at home with Festival Scope

The title of this ultra-subversive, thought-provoking and downright filthy Brazilian movie translates roughly as “sun happiness”. Yet there’s nothing sunny and cheerful about the chaos portrayed in it. Tavinho Teixeira’s Sol Alegria follows an extremely unusual rebellious phalanx – composed mostly of queers, armed nuns and other colourful creatures – as they move across the countryside aiming to recruit more members in order to resist some sort of reactionary junta ruling the country. Their anuses are their biggest weapon: “more powerful than 70,000 rifles, 100,000 cannons and any chemical weapon you will ever see”. 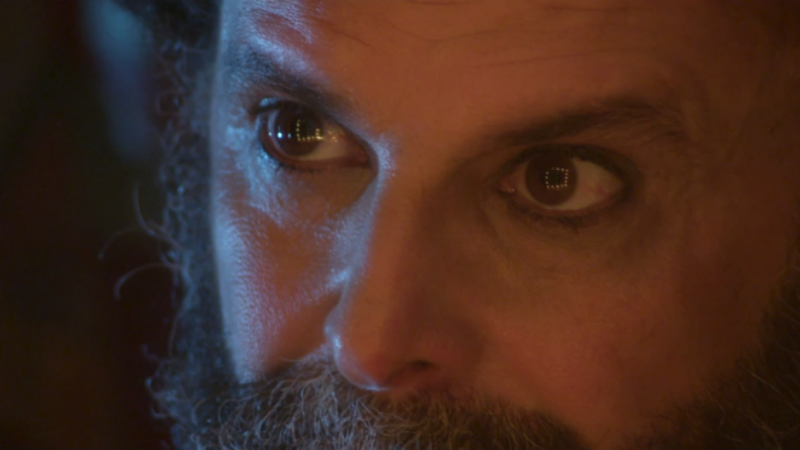 The film narrative isn’t entirely straightforward. A plethora of flamboyant characters with very distinct personalities compose a kaleidoscope of sociopolitical plots strands and narrative arcs. All in all, this is a libertine allegory of what Brazil has become since the coup d’état two years ago: a reactionary and authoritarian regime controlled by prudes and religious fundamentalists (mind: the Catholics here are libertarians; the dangerous bigots are the antediluvian evangelicals). A few days ago, a bill was introduced proposing to criminalise genitals in arts in Brazil (in Portuguese). The film is a purposely freakish and aberrant call to action. It time to fight the grotesque dictatorship that seized Brazil with the most ludicrous militants. Fight fire with fire!

The location of the armed conflict is never named in Sol Alegria. It feels a lot like the Eldorado in Glauber Rocha’s 1967 Land in Anguish (an allegory of the dictatorship ruling Brazil then). Sol Alegria openly refers to Eldorado. Plus the speeches delivered by the Father (played the director Tavinho Teixeira himself) have clear traces of Porfírio Diaz (Paulo Autran), the main character in Glauber Rocha’s film. Even their bulgy loony eyes are similar (see above).

This is not the only reference for dirty cinephiles and television fans. The film also alludes to Oshima’s Realm of the Senses (1976) and the series Lost in Space. The twisted nuns feel a lot like a tribute to Almodóvar Dark Habits (1983). Plus Link Wray’s song The Swag, which played famously in John Water‘s Pink Flamingos (1972), also features in the movie. 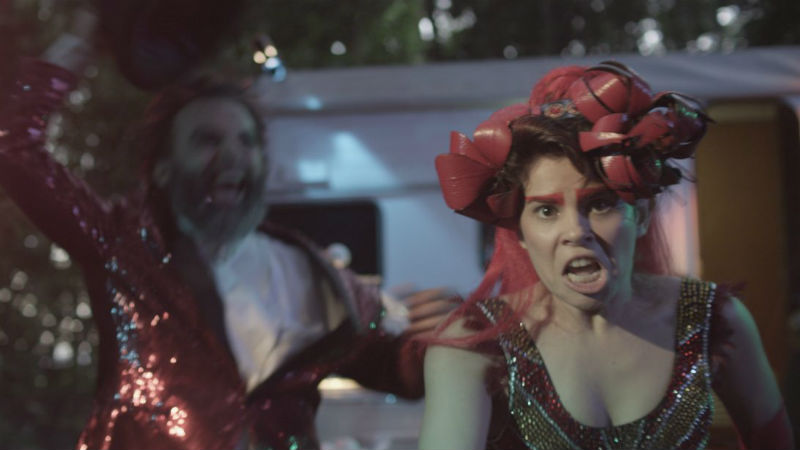 Sol Alegria is available to view online until February as part of the Rotterdam International Film Festival, offered by Festival Scope. Just click here for more information about the event and here in order to view the film.