"Greasy movie"
Border crossings of no return. A Chinese teenage girl who regularly travels from Shenzhen into Hong Kong becomes involved with a gang smuggling iPhones across the frontier - streaming between February and May as part of the Chinese Cinema Season UK

Sixteen-year-old Peipei (Huang Yao) lives in Shenzhen, but goes to school in neighbouring Hong Kong. She has to cross the China-Hong Kong border on a daily basis, waved through by border officials with better things to do than stop, question or search schoolgirls. She lives in a cramped apartment. Her father is rarely there because he works the night shift at a shipping yard, where she sometimes visits him. Her gambling mother often invites friends over to play Mahjong.

The family of Peipei’s best friend from school Jo (Carmen Soup) are clearly much better off judging by their huge, modern house in Hong Kong, which contains a large fish tank housing a dogfish (amongst other things). Jo has plans for her and Peipei to go to Japan and Peipei is trying to work out how to make some money to pay for the trip. She finds minimum wage work in a restaurant after school hours. 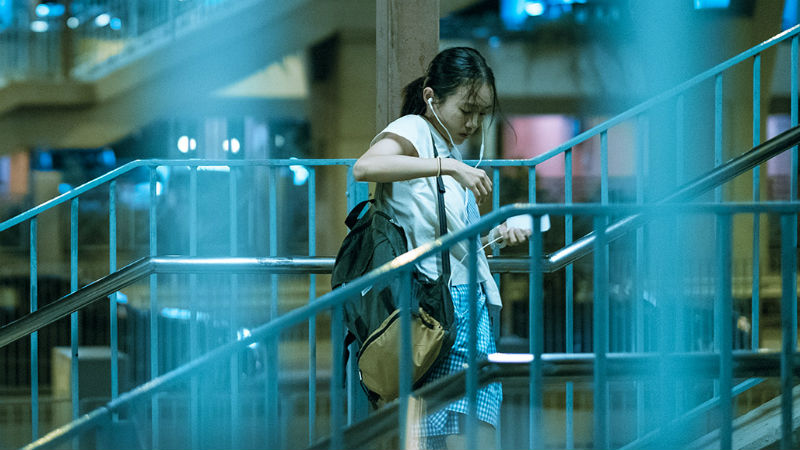 One day, Peipei stumbles upon what Jo’s boyfriend Hao (Sunny Sun) does for money: he and fellow gang members smuggle iPhones across the border. As someone who goes back and forth across that border every weekday, Peipei realises she’s in the perfect position to exploit this. Her face seems to fit with the gang and she starts to make money, chaperoned by both Hao and his older generation boss Sister Hua (Elena Kong).

As its title indicates, this is a film about crossing lines. Both literal and metaphorical ones. In much the same way that Peipei is constantly going back and forth over the Shenzhen-Hong Kong border, she must also cross and sometimes return over a number of moral and spiritual borders: child-adult, schoolgirl-worker, traveller-smuggler, unarmed-armed, innocent-criminal, platonic-romantic.

Director Bai signals the more troublesome of these crossings via the device of a freeze frame and a short bass guitar riff to indicate that a line has been traversed and her heroine can never be the same again. Peipei is caught between her own humble background and the desire to be part of Jo’s more affluent one, finding herself in a criminal underworld that acts as a potential thoroughfare to link these other two worlds.

The plot takes some satisfying detours along the way. When Peipei accidentally drops one iPhone of a larger shipment onto railway tracks she then has to find a way of getting its broken screen repaired before delivering the complete batch to her designated gang contact. Later, after taking exception to seeing Jo’s family dogfish in captivity, she releases it into the waters of the harbour. 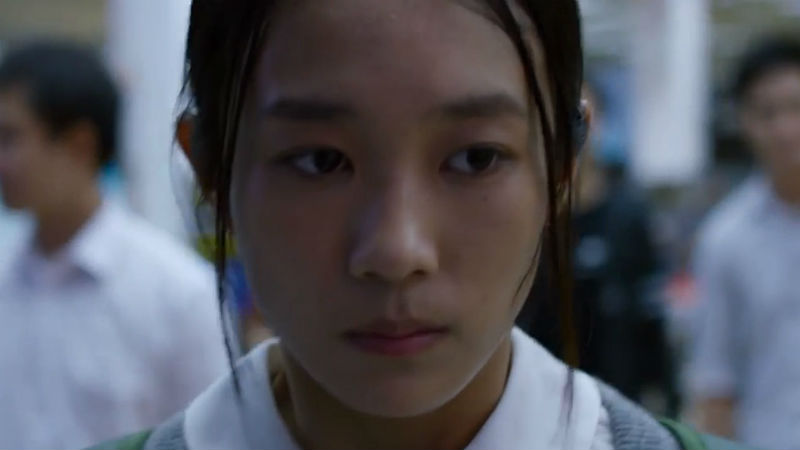 While Hong Kong has a strong tradition of fast-paced, generally male-dominated gangland action movies, The Crossing delivers something very different – essentially a character study about innocence, transgression and personal corruption centred around a female protagonist. After Huang’s deceptively simple portrayal of Peipei and her carefree friendship with Jo has initially drawn the viewer in, the performances of Sun as Hao and those playing his fellow gang members exert a similar pull on both the audience and Peipei herself. Elena Kong is particularly good as the seemingly easygoing and friendly lady boss who when it comes to the crunch can be extremely hard and ruthless protecting her business interests.

In short, this is an impressive coming of age tale with all the trappings of a teenage crime drama wrapped up in a compelling, slow-burner of a character study. Well worth seeing.

The Crossing was out in UK cinemas in March, 2019. It also played in the London East Asia Film Festival (LEAFF), when this piece was originally written. It is streaming at the Chinese Cinema Season UK, taking place between February and May (2021)

Jeremy Clarke has been writing about movies in various UK print public...