Diamantino (Carloto Cotta) is the greatest football player in the world. He’s an artist on the pitch. When he gets the ball, time slows down, and giant puppies appear. He’s also one of the most brainless characters since Mr Bean. Diamantino, a broad, brilliant Portuguese comedy from Gabriel Abrantes and Daniel Schmidt, presents an awakening by a figure who has not once needed to think about events beyond the pitch, when his easy life comes into contact with refugees, drone surveillance, populism and nationalism.

If that sounds potentially didactic, fear not, because Diamantino is more of a snapshot of contemporary ideas and concerns, in the mould of an Austin Powers or Happy Madison gross out comedy. That’s the immense strength of this film: cycling through genres and styles as Abrantes and Schmidt see fit. From one minute to the next, it can veer from spy territory into sci-fi, political satire, tender romance, or something else. For one montage of Diamantino’s growing relationship with his adopted son the film suddenly adopts Terrence Malick-like cinematography and a track from The Tree of Life (2011) soundtrack plays. 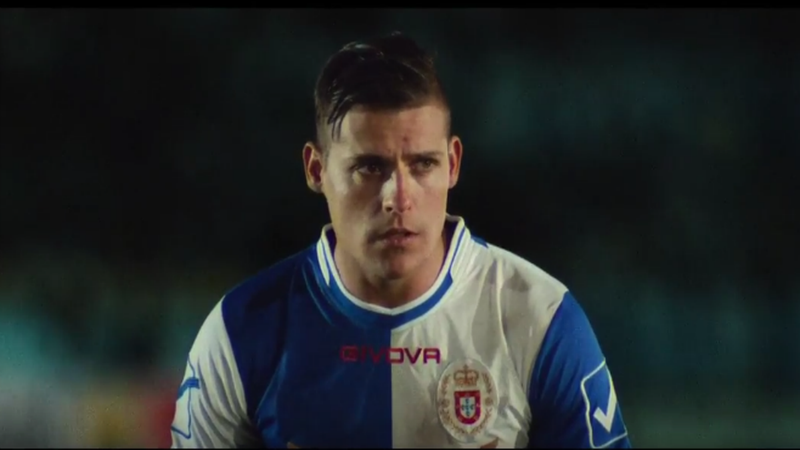 It’s that free-form, Richard Lester energy that lets Diamantino get away with a nonsense plot set in a world slightly adjacent to our own. Diamantino, played with vacant joy by Cotta, is a clear Cristiano Ronaldo surrogate, though it’s not sure how far the parallel goes. Ronaldo is currently under investigation on rape allegations for a 2009 incident. The virginal Diamantino is no monster. He’s a such an empty vessel as to just let everyone in his life walk over him and mold him into whatever image they need, form his manipulative twin sisters to the Portuguese National Front.

Diamantiano is some sort of Prince Myshkin (the happy-go-lucky protagonist from Dostoevsky’s The Idiot) for the Fifa: set, sweet, honest, trying to be good, but adrift in a corrupt world that has no patience for his sort. It’s also fun watching this impossibly shredded man feast on Nutella, waffles and spray cream throughout the film, a secret diet that works wonders for him. 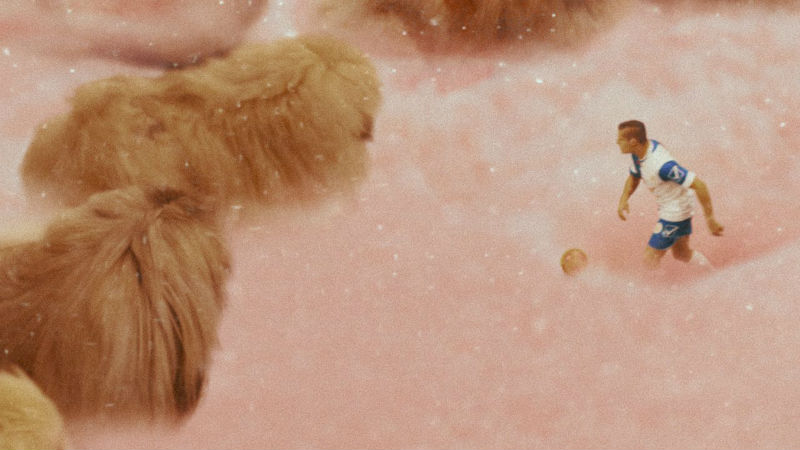 It all kicks into gear when he adopts a young boy, who’s really a female secret agent pretending to be a Mozambican refugee, and who’s carrying on her affair with another agent who has to pretend to be a nun – it’s that kind of movie. Through the plot’s circumstances, Diamantino and Aisha each end up assuming physical aspects of the other gender. This quietly becomes a striking narrative about gender queer identity, where Diamantino discovers he can fulfil desires he didn’t even know he had.

The relationship that builds between Diamantino and Aisha has a sexual undercurrent that the movie just rolls with. There’s not enough time to wonder about morality with any of this because because Abrantes and Schmidt aren’t using their style to do more than its all just so much fun, so whether or not it means anything is quite beside the point. It builds to this kitch b-movie finale, which is absurd but bursts into a gorgeous final scene of lushious dream imagery. The clear vision of this furiously funny, accessible and over-the-top movie needs a big UK release, where its send-up of football culture, Brexit and celebrity is sorely needed.

Diamantino showed at the Rotterdam International Film Festival, when this piece was originally written. It’s out in cinemas on Friday, May 10th. On VoD on Monday, July 15th,

A super-energetic Russell Tovey will both enrapture and repel you, in a very convincing movie about football, homosexuality and feigned masculinity [Read More...]