"Mostly clean movie"
When Leon joins Swiss-based BSC Young Boys, Mario and him unexpectedly fall in love with one another. Fighting for the same spot in the first team, they're on and off-field relationship becomes emotionally and professionally attached - now also available on VoD

Back in 2010, Germany striker Mario Gomez urged footballers who were homosexual to come out as they “would play as if they had been liberated.” Cut to 2018 and this call to arms from Gomez, who has since never stated if he is gay or not, the situation is as dire as ever. Being the only football player who has played in an array of Europe’s top five leagues to come out, former Aston Villa midfielder Thomas Hitzlsperger felt “he wanted to tell the world he was gay while he was still playing in Germany for Wolfsburg, but was advised against it” – according to an interview with German journalist Raphael Honigstein in 2014.

The overtly masculine and competitive nature of the sport means that any small piece of humanity or personality shown by a player results in ridicule by the press and opposing fans. Touching on Hitzlsperger’s experience of being a gay man in the blatantly heterosexual world of football – with its oppressions – Mario (Marcel Gisler, 2018) focuses acutely on the blossoming career of the titular Mario Lüthi (Max Hubacher). Whilst in the U21 squad of Swiss giants BSC Young Boys, he falls in love with their latest signing, Leon Saldo (Aaron Altaras). Complicating matters further, Mario and Leon both play in offensive positions and the pathway into the first team is only for a select few. Merging career ambition with a formative love relationship, this Swiss-Germanic production eventually conjures up some pathos after a slow start. 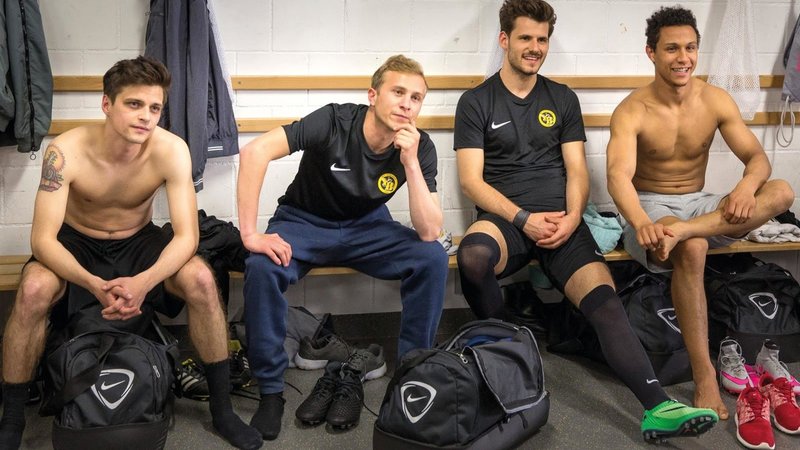 Shy and timid, Mario’s life is conjoined to the hip with football. In early pre-season where a professional focus is needed, the club transfer in Leon Saldo from Hannover 96’s U21 Academy. Strong, athletic and good-looking, Leon appears the perfect fit to be nurtured into the first team. Competing for the same spot, the two eventually form a prolific on-field relationship, leading the U21 squad towards league glory. Seeing the prospect held by both players, the Swiss club decide to room the two boys together, in an attempt to strengthen their on the field chemistry further. Consequentially, their off-field understanding grows into a shared love and understanding of one another. Seen by another team member kissing when away travelling to a game, the two must thus face the costs of sharing this twofold relationship.

Bringing a delicate edge to Mario, Max Hubacher, in moments, achieves a tenderness that feels fully realised. Contrasted against the confidence of Leon, the two work hold chemistry in periodic moments. Such instances occur after a long period of the film establishing its characters and mood. A juxtaposition of the dazzling heights of Goal! The Dream Begins (Danny Cannon, 2005), the world of a young upcoming footballer includes moments of loneliness, anxiety and resolve. Throughout its lengthy running time, the glamorous lives of Paul Pogba and Zlatan Ibrahimovic seem like galaxies away from the hard demands of continuous physical exercise and intense periods of nothingness. Talent is one thing, but the drive to succeed in a competitive environment is another aspect. 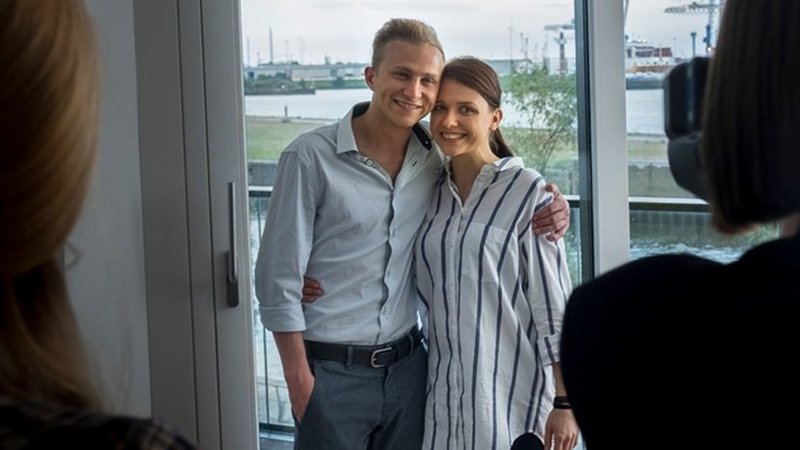 From the moment that rumours surrounding their relationship get out into the internal system at BSC Young Boys, Leon and Mario’s lives change forever. The clean almost corporate-like qualities possessed in the environments of the training ground work against the deeply personable relationships held between the two lovers. Accompanied by a shockingly suppressive meeting between the manager and club representative, Mario is informed that it would be best for him to be seen with a woman to suppress the rumours around him and Leon. This particular scene, alongside the final moments of the film, does unearth a sensitive soul to Mario. Regardless, the journey to these two specific moments lacks the eloquence apparent in other young LGBT tales as Maurice (James Ivory, 1987).

Addressing a key social and sporting subject that does not appear to be high on the agenda of Fifa or Uefa, Mario, through all this, is tragic in its few shining scenes. It is appropriate to suggest that the professionalism that radiates from its lead character impacts its stirring core. Credit where credit is due, however, I am sure solace and inspiration will be found from audience members and professional athletes who hold their sexuality as a closely guarded secret. Gisler and his team thankfully do not park the bus and come out against their subject matter in an assertive attacking manner. Still, it is void of the masterstroke that would be deployed by Pep Guardiola in footballing masterclass against Jose Mourinho.

Mario premiered at BFI Flare: LGBT Film Festival 2018 in March, when this piece was originally written. It’s out in cinemas on Friday, July 13th. It’s available on VoD and DVD from Friday, August 17th.

What are the inevitable consequences of bullying? French Canadian LGBT drama exposes the disturbing face of high school life if you're gay, with a very surprising twist at the end - in the MyFrenchFilmFestival (online) [Read More...]

The ill-fitted skin I live in: British transgender teen drama succeeds to highlight the plight of transitioning, and on a football minefield - on DVD and VoD [Read More...]

A super-energetic Russell Tovey will both enrapture and repel you, in a very convincing movie about football, homosexuality and feigned masculinity [Read More...]