When I wrote about David Lowery’s autobiographical The Old Man and the Gun (2018), I suggested a more contemporary revisionism, one in which a destructive and cruel white male criminal would be depicted as such, could have made for a more stimulating piece of work. With his latest film The Mule, director and leading man Clint Eastwood seems have applied such a revisionism. While Eastwood’s 90-year-old drug runner might be treated with the same admiration as Robert Redford’s elderly bank robber, his cruelty is clear to see in the way he treats his family, destruction evident in his ostracisation. Yet The Mule is a far less stimulating – and far weaker – piece of work.

This arises, in part, from The Mule’s narrative non-plausibility and Earl’s failure as a consistent, convincing main character. Based on an article published in The New York Times, the film follows Earl (Clint Eastwood), a bankrupt horticulturalist, who inadvertently winds up transporting cocaine for a Mexican cartel. The humorously over-the-top adulation Earl’s plant-loving peers have for him early on is forgivable, but Earl’s recruitment into the cartel by a low-ranking member is too convenient and too contrived to accept as credible. 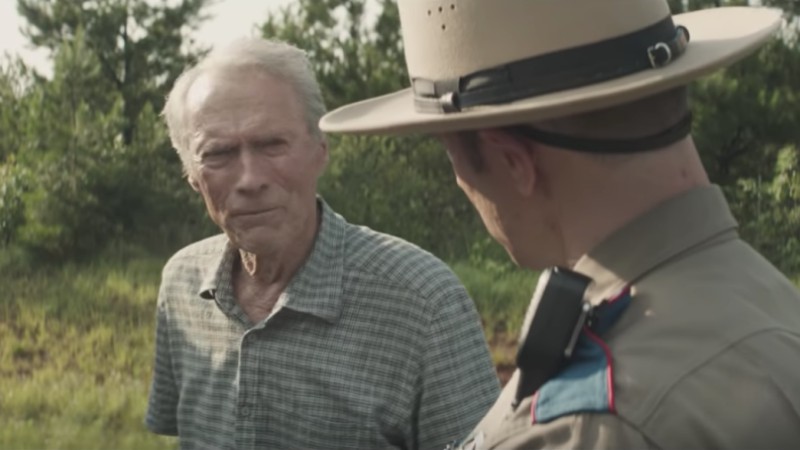 Earl isn’t the least bit suspicious of what he has gotten himself into, even when confronted by three burly gangbangers clutching automatic rifles, and remains unconvincingly oblivious to the illicit nature of his cargo until his third run – all this despite proving himself wily enough to deter a police sniffer dog just moments after discovering his vehicle’s trunk has been loaded with cocaine. Earl is a poorly conceived character, at once a bumbling, doddery codger and a mentally-competent, physically-able free spirit.

His competence stretches beyond dealings with the cops; sexually, Earl is all there. He engages in two threesomes, leaving all four of his sexual partners satisfied. So great is Earl’s sexual magnetism that women a quarter of his age gravitate towards him whether he’s shuffling about awkwardly on a dancefloor, offending his family at wedding receptions or baring his wrinkled chest at pool parties. Eastwood, presumably, is going for a roguish sort of charm in such scenes but the results – besides being unbelievable – feel vain and creepy. An overlong pool party scene is particularly uncomfortable, with three separate shots beginning on the back of a nameless, faceless woman’s head before skulking down to their g-stringed derrieres, one of which Earl clenches with self-regarding glee.

As with his womanising, Earl’s unintentional racism and homophobia are treated as an adorable, endearing aspect of his personality. Perhaps not surprisingly, given Eastwood’s personal attitude towards racism. Although Earl is quick to apologise, and genuine in doing so, when his inappropriate remarks are challenged, the speed at which Eastwood moves on from such scenes denies the matters at hand any complexity, suggesting complicated issues like racism can be solved with a simple apology. The one exception is a scene in which a dark-skinned man is pulled over by Bradley Cooper’s DEA Agent Colin Bates: placing his hands on the hood of his truck, the man explains to Bates that this is statistically the most dangerous moment of his life. The scene, however, is too on-the-nose to create any lasting emotional impact, undermining its added complexity. Eastwood is far more successful when highlighting Earl’s white privilege, Earl’s ability to transport record-breaking amounts of narcotics without a second thought as to whether he will be stopped by the police, something Eastwood accomplishes with a degree of subtlety. 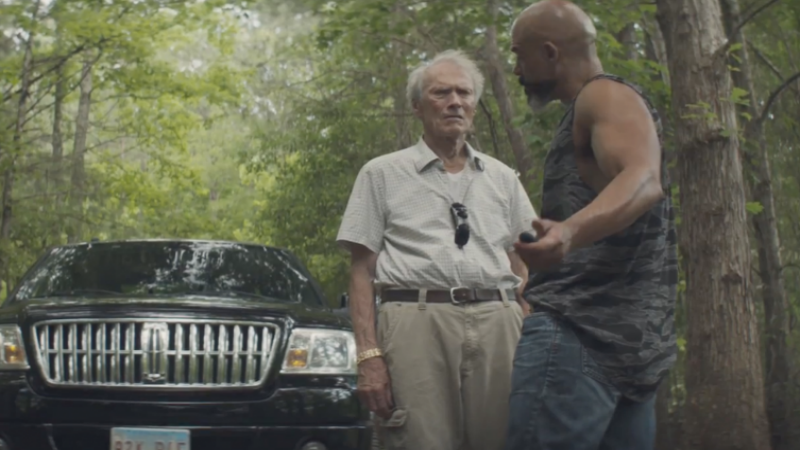 In spite of all this, Earl’s arc is redemptive. He comes to appreciate the importance of putting his family first and repairs his familial relationships, left in tatters by years on the road (…as a horticulturalist?). While this sounds admirable enough, Earl’s redemption feels unearned. Ex-wife Mary (Dianne Wiest) offers Earl forgiveness so easily it’s doubtful even revelations of Earl’s multiple threesomes would have prevented her from doing so. Mary stands by her man, in the very Tammy Wynette sense. Paradoxically, Earl’s atonement for leaving his family behind sees him leave his family behind to deal with the mess he has created

Other conflicts, like that between Earl and his handler-turned-friend Julio (Ignacio Serricchio), are neglected entirely and lack any sort of satisfying payoff. It’s fitting, in a way, given this is a film about a man who neglects the things most important to him. Eastwood, to his credit, doesn’t neglect the destructive, cruel tendencies of his main character, but handles them so ineptly he might as well have.

The Mule is out in cinemas across the UK on Friday, January 25th.

Romain Gavras's second feature is a gangster comedy mocking European cliches, while also teeming with the colours of the Mediterranean; sadly the story is just too silly and disjointed - in cinemas Friday, April 26th [Read More...]