The Hole in the Ground

"Greasy movie"
Irish horror about mother convinced that her son isn't her son anymore recycles old suspense tropes, and is effective enough to keep you hooked for 90 minutes - premieres on Friday, January 25th at Sundance and then out in UK cinemas on Friday, March 1st

Sarah (Seána Kerslake) and her young son Chris (James Quinn Markey) move to a very rural Ireland seeking to break away from a recent past of unfortunate events. Their large and creepy house is as remote as it gets, completely isolated in the middle of the woods. And there’s plenty of renovation work to be carried out, and Sarah looks determined to do it on her own. One evening, Chris disappears into the woods. Sarah attempts to fetch him but instead comes across a giant hole in ground. Given its shape, one would assume it was caused by a meteor crash. Despite its enormous dimensions, the titular hole remains hidden amongst the dense vegetation, and other human beings seen unaware of it. 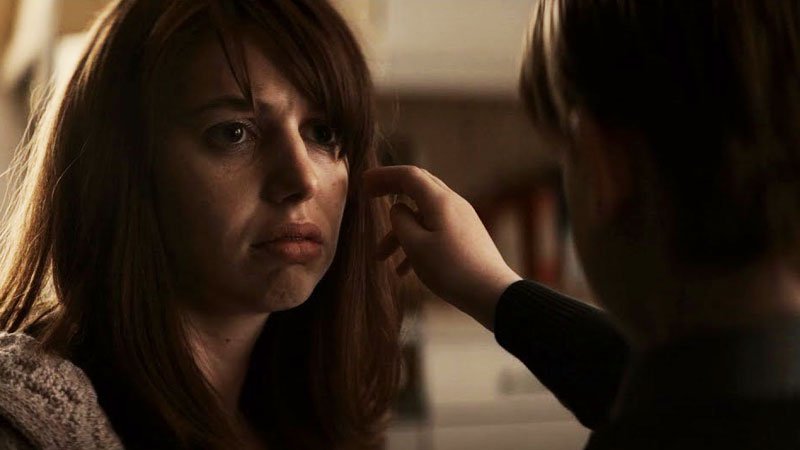 Chris eventually returns home on his own, but is behaviour has changed. He has become distant and cold. Sarah begins to believe that the boy who returned isn’t her son at all. An eerie old lady called Mareen had a similar experience with her son decades earlier, and he ended up dead. As a consequence, Noreen lost her sanity and is now found aimlessly wandering the countryside roas most of the time. Her figure is scarier than most paranormal entities. Could Sarah’s fate be the same? Will Chris end up dead, and Sarah deranged and catatonic?

The Hole in the Ground uses a very conventional suspense formula. Borderline supernatural events (such as Noreen’s bizarre appearances in the middle of the road) take place, repeatedly raising the question: is our protagonist going mad or is something truly supernatural taking place? Females are historically associated with hypersensitivity, hysteria and madness. They are the perfect victims of gaslighting. Plus, females are inherently ambiguous. The narrative arc of Hole in the Ground is effectively constructed upon this ambivalence (madness versus reason). 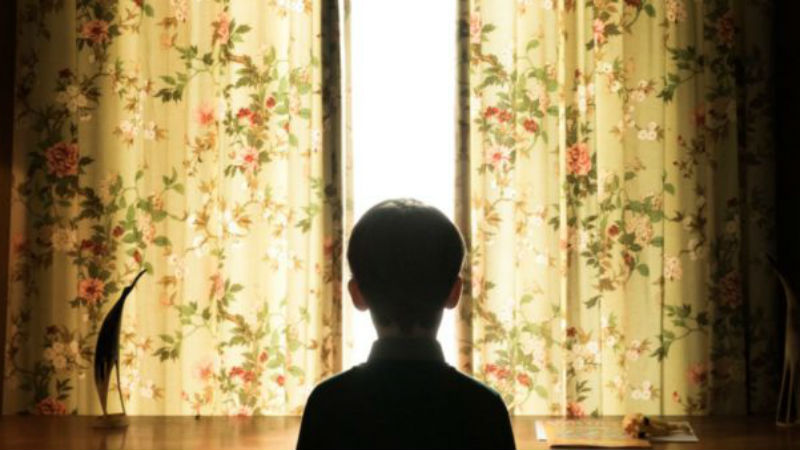 In the second half of the movie, the apparently supernatural events escalate. Chris has become so strong that he’s able to throw his mother across the kitchen. But did that really happen or was Sarah just dreaming? The director skilfully blends reality, dream and allegory in order to avoid answering this question and many others too soon. As you result, you will remain at the edge of the seat until the final resolution is unveiled. The film ending might raise some eyebrows and it certainly won’t answer all questions, but it’s worth sitting through the 90 minutes in order to find out what it is.

The excellent sound engineering and montage deserve a mention. The climaxes are cut just at the right point to something very trivial such as Chris slurping pasta and a cup of coffee being stirred, bringing your adrenaline level constantly up and down. The cinematography is quite impressive, and the sequences in the woods are particularly sombre and elegant.

The Hole in the Ground premiered at Sundance on Friday, January 25th. It is in cinemas across the UK on Friday, March 1st.

Nail-biting Irish horror about a ghost haunting a woman recovering from an accident in a hospital will make you want to jump from your seat... but what if your body refuses to budge? In cinemas this week [Read More...]

Gothic Irish horror about haunted house makes good and imaginative use of a classical filmic devices, but there's also a very English problem with casting - out on June 25th [Read More...]