"Greasy movie"
Gothic Irish horror about haunted house makes good and imaginative use of a classical filmic devices, but there's also a very English problem with casting - out on June 25th

In thus classic ghost story set in rural 1920s’ Ireland, two orphaned twins share their house with sinister unseen entities that forbid them from leaving. Rachel’s encounter with soldier Seán sparks an insatiable urge within her and she acts to break the curse that traps both her and her twin.

This is a tale of two people growing in the natural world of the supernatural. As a model of the horror genre, The Lodgers still maintains the necessary chilly atmosphere an abandoned house should aspire. David Bradley, Charlotte Vega and Bill Milner star in a piece where desolate curtains flow without reason or rhyme, the ever growing cascades of stairs feels fittingly austere as the camera rises with the unease of Bunuel/Hitchcock of yore. 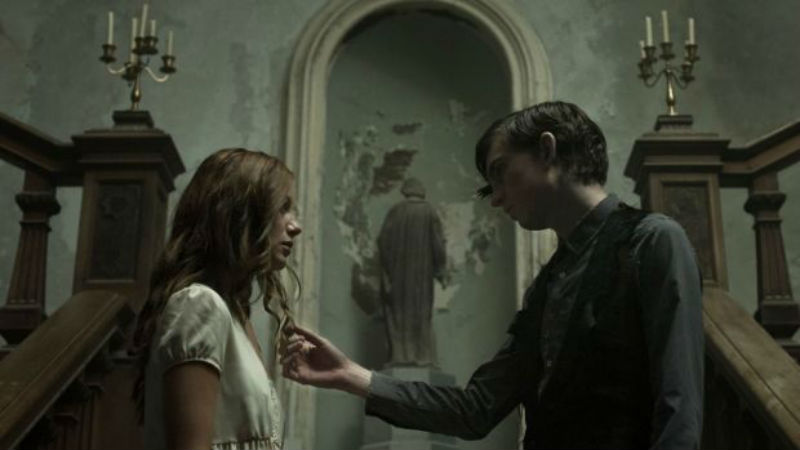 The hint of sexualised yearning of horror classics is pointed to as Rachel (Vega)’s encounter with war veteran Seán (Eugene Simon) sparks a sexual awakening within her. This is done with pertinence without resorting to crass performance and effect. David Turpin writes with cerebral prose and does his job of setting the horror within the claustrophobic interiors of a creaky house with nuance. The imaginative uses of angles in a shower of cavernous cuts and edits is also worth a mention. Cinematographer Richard Kendrick is the real star here.

Story-wise, the film shares much in common with Ryan’s Daughter (1970), David Lean’s seminal drama of an Irish married woman embarking on a sultry affair with a British soldier. Seán, a returning soldier, bears the brunt of being a British soldier in his hometown that no longer welcomes him. It’s all dubiously passé for a film set in 2018 and does little to advance the horror provoked in some of the genuinely scary scenes the film offers. It’s frustrating that another Irish film has a predominantly English cast, which takes from the realism the film should offer. 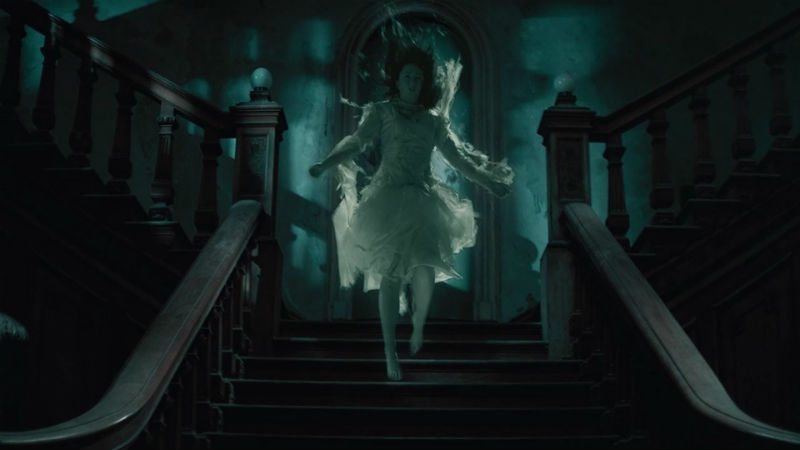 But there’s enough on display here to merit a watch from a visual standpoint. The decors are tastefully Gothic in design, the visually muted colours add to the viewer’s growing sense of unease and fear, while the film’s score is awash with Bernard Herrmann like cerebral strings, fitting for a horror film. With only his second film Brian O’Malley has proven that he knows how to put a niftily cut film together, but he is hampered by an unoriginal script and may be better off in future replicating a country he and I know with a better put together cast.

The Lodgers is out on DVD on Monday, June 25th.

Nail-biting Irish horror about a ghost haunting a woman recovering from an accident in a hospital will make you want to jump from your seat... but what if your body refuses to budge? In cinemas this week [Read More...]