Sorry to bother you, BFI and Picturehouse!!!

As the BFI London Film Festival draws to a close, Ben Flanagan highlights a stark contradiction between the proletarian message of films such as SORRY TO BOTHER YOU and the corporate attitude of the Festival organisers

So London Film Festival closes out its 62nd edition tonight, having boasted a thrilling programme of festival favourites from the year alongside tiny films begging for eyeballs and distribution. Queues snake around Leicester Square for a preview of new films by Steve McQueen, The Coen Brothers, and Yorgos Lanthimos, while evening screenings attract huge crowds fighting for a glimpse of Timothee Chalamet in his latest Willy Wonka outfit. But yet again there is a sour note to proceedings, as the BFI’s relationship with Cineworld, and particularly its Picturehouse chain, grows ever tighter.

I’m sure you know Picturehouse is having an ongoing dispute with its workers over union recognition, the London living wage, ansod maternity, paternity, and sickness pay, all essential for staff on zero-hour contracts. Even a campaign has been launched. With other cinemas like Curzon and ICA both paying the living wage, it’s clearly manageable for Cineworld to do the same, since they have posted increasing profits year-on-year. There is no big strike this year, certainly nothing on the scale of last year’s Three Billboards inspired stunt. This article explains how difficult the law makes it for strikes to go ahead, and the legal threats that organisers have received over last year’s demonstrations. This may explain why there is so little visible action this year. Instead, workers have actively discouraged people from seeing films at Picturehouse, which is difficult when that’s knocking seven screens out of your schedule. But as your ticket is scanned and admission is granted into the Picturehouse walls, the painful undercurrent of exploitation can be felt. 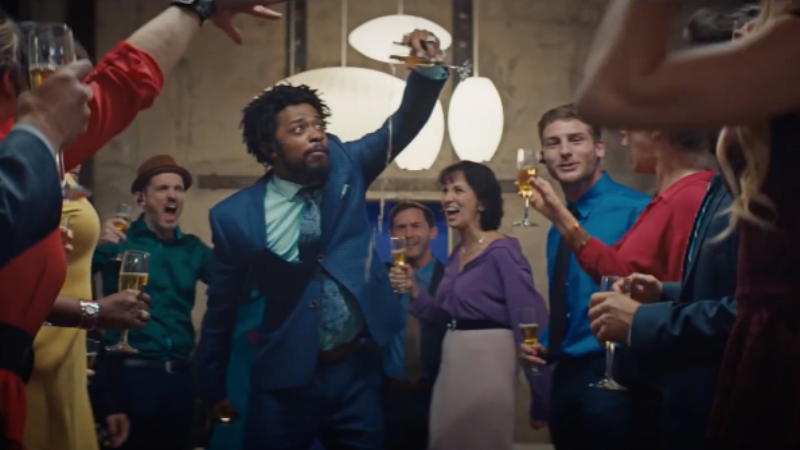 Sorry To Bother You (Boots Riley, 2018; pictured just above) played a couple of times during the BFI London Film Festival Festival at Picturehouse, which might give you pause. You see, Boots Riley’s debut feature is a satire about unionisation. In it, LaKeith Stanfield plays Cash, a telemarketer who uses his ‘white voice’ (literally David Cross) to climb the corporate ladder, and while his stock rises, his low-level colleagues strike for better pay, with increasingly violent results. The film details individualist corruption, one that underwhelms in the final act in favour of a rousing fight against the system; more Mike Judge than Putney Swope. In satisfying its audience though, Sorry to Bother You ends up like an unfinished essay, perhaps because it would require more than 90 minutes for a fully coherent deconstruction of modern corporate capitalism.

But watching it at Picturehouse felt bogus. This is a film about individual vs collective responsibility, about sacrificing your own inflation in favour of making things slightly better for your community. And that part rang truest to the situation at BFI London Film Festival. I went, desperate to see one of the year’s most talked of movies. But it felt hollow. And I’m far from the only person who noticed this. Almost everyone is aware of the dispute, and yet, we are all happy to continue to support an establishment that hates its own workers. What’s interesting is that after last year nothing has changed. Because most people I speak to talk like they care and want to make a stand, but its apparent futility has caused the inverse effect: I gotta see these films, so why not just use the Picturehouse? And if you need a coffee while you’re in here, then why not? 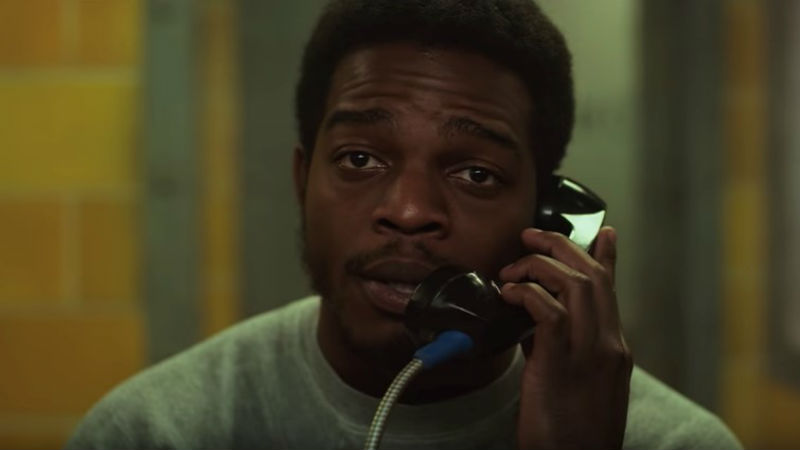 The heart of the capital

Desperate not to spend any money inside, but in need of caffeine, I found myself stalking Shaftesbury Avenue for somewhere that wouldn’t feel exploitative. McDons… be still my liberal heart. Starbucks… forget about it. But there’s a queue growing for the next movie, so God damn it, I’ll go without, I thought, before going to sit in the gigantic screen 1, and think about how everyone in here is a scab! But I at least, am aware of my hypocrisy, so I can enjoy Sorry To Bother You without self-immolation. Wrong.

Thing is, it’s easy for me to sit here and spill words about the situation, as many have done, but I’m still using the Picturehouse’s snap up chairs, willingly complicit in the entire system. You can understand my bind. This is my first LFF as an accredited press member (for which I had to pay £45, another pressure on the freelance journalist economy!) so it’s in my best professional interests to see as much and meet as many people as possible. Filmmaker receptions take place in Picturehouse, so guess where you need to go if you want to schmooze with the industry. Once you’ve decided to go to the Picturehouse, you’re locked in. You might as well be like Cash, selling slaves over the phone.

This might seem like fatuous complaining about The Way of Things. We like to think of film festivals as a Utopic escape from commercial interests, where ideas can be shared freely and the art is king. And of course this isn’t really the case, they’re all just one big conference/networking event where corporations can showcase the next year’s worth of product. But that product is usually overwhelming enough to make us forget (ignore?) the negative sides of it. But when it’s put so close to us, it’s hard to continue the fantasy. It’s like the Tessa Thompson character, Detroit, from Sorry to Bother You: a radical afro-futurist artist who chides Cash for giving in to the system. But when she wants to sell her work, she is revealed to also use a white voice. She both plays the game, and manages to seem outside of it. 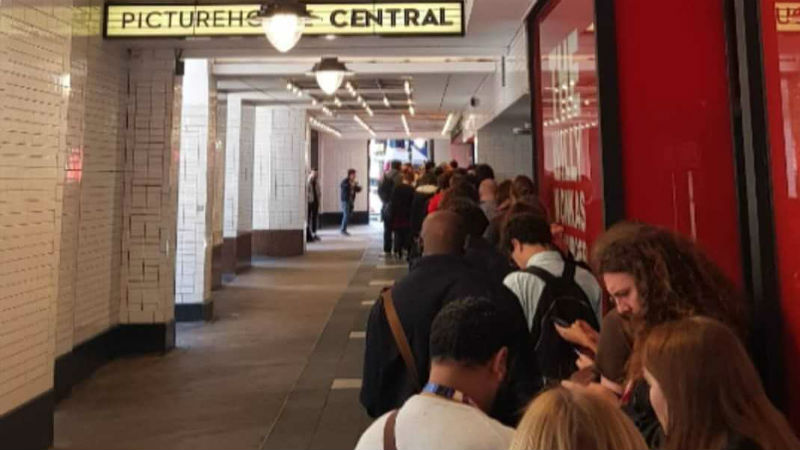 It’s hard to make taking a stand matter, because there are 100 adept Twitter users waiting to swoop in and earn their accreditation by doing the PR work for the festival. The queues around the block must do half the work for Picturehouse, they’ve never seemed so alive (pictured above)! That’s the real economy here. A swathe of cultural capital: to have seen the big film before your non-film friends, or even better, to skip the big movie for a masterpiece first feature. But the films are so good. The swooning, muscular direction of Roma (Alfonso Cuaron, 2018), the romantic gazes of If Beale Street Could Talk‘ (Barry Jenkins, 2108; second picture above), the incredible, art-historical provocations of Make me Up (Rachel Mclean, 2018)… The quality of the films on show are the romantic notion that stops us from taking action. Is a rare chance to see Roma on the big screen before it disappears into the Netflix void as much of a defiant act as it feels, if the circumstances that enable that opportunity deprive others of obtaining economic agency?

Again and again, Cash is reminded to ‘STTS: stick to the script!’ That’s what the nebulous, Festival bubble wants us to do too. They want us to see Roma (pictured below) and If Beale Street Could Talk, films that already have a life outside of the festival. Like so many people I spoke to, you go in thinking you’re going to reject the Oscar fare, in favour of panning for the gold in the margins, but the buzz swallows you up and before you know it you’re sat down for The Sisters Brothers (Jacques Audiard, 2018) Complain all I want but my presence, and especially my acquiescence to this system speaks volumes.

Our individual’s guilt means nothing in the face of the festival’s BFI’s culpability by continuing to use Picturehouse as a key location. While the Leicester Square Odeon undergoes reconstruction, the red carpet premieres are all taking place at Empire (also owned by Cineworld) this year. So it’s clear that BFI doesn’t see it as their responsibility. And the fact that they pay the living wage themselves would appear to acquit them. This week, the BFI also announced ‘measuring class and socio-economic background in their funding and staffing’. Coinciding with their Working Class Heroes season, this is a great step forward, and the BFI should be praised for this commitment. But in the midst of this conversation, one worries that this shifts the focus away from Picturehouse. 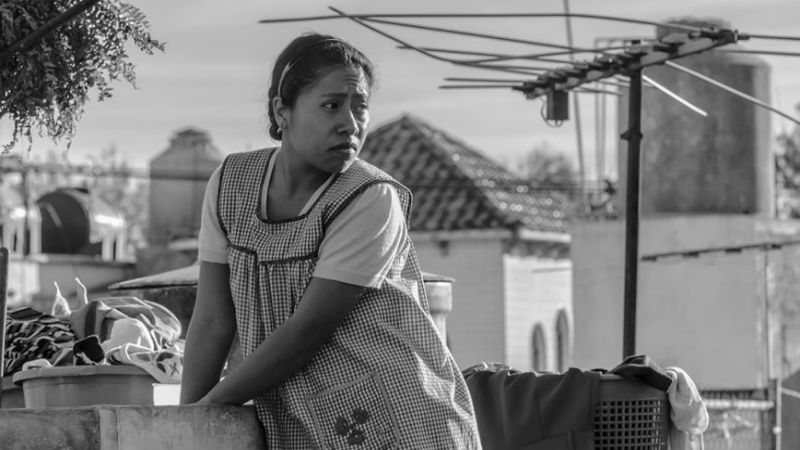 Who’s gonna say it out loud?

At the start of the festival, Charlie Lyne posted a great thread about boycotting the Picturehouse, and even pulled his own film from screening there. But he is in a certain position of influence as a popular young filmmaker/critic. He is one of the only filmmakers to have made such a stand. I couldn’t get Boots Riley or anyone from his team to comment on the situation, which is funny for such a vocal director, and a film of such radical ideology.

The Picturehouse can change their position, but it may take a stronger act of solidarity to do so. These films nourish us. But, if they don’t change us, then what does that nourishment mean? What exactly, does it feed? And if that means skipping a movie like Sorry to Bother You, and all the clout that comes with being a part of that conversation as it happens, then perhaps that is a price that is worth it for a cinema culture that’s worth keeping.

The 62th BFI London Film Festival takes place between October 10th and 21st; check out the 10 unmissable dirty gems that we have unearthed, all of them thoroughly reviewed exclusively for you! [Read More...]

French director returns to the topic of labour rights, and how globalisation is crushing blue collar workers in France, in another electric documentary-like fiction starring Vincent Lindon - streaming now with DMovies [Read More...]

How many Black people can you leave waiting outside?

Our writer Maysa Monção attended the casting audition for Idris Elba first feature film, a movie about the Afro-Caribbean London of the 1980s. What she saw is the living proof that Black Brits are hungry for film representation, and they are not well catered for. [Read More...]