"Dirty gem"
Dutch filmmaker directs compelling drama about two grieving parents, stirred and shaken as they hear the news their only child has been killed in a car crash - watch it now with Walk This Way

There is much to be made from death leading to life. Tonio (Chris Peters) is a 21-year-old finding joy through photography. His ambitious father, novel writer Adri (Pierre Bokma), has a differing view on life, while his wife Mirjam (Rifka Lodeizen) plays the peacekeeper in what still appears to be a functional family unit. The film cuts quickly to the untimely death Tonio undergoes and the grief his parents have to endure from now on.

At times the film tries to find answers to grief, an unanswerable commotion, and the performances are stellar. A cutback to the past shows two new parents finding joy sleeping with their new baby. A follow-up shot of the pair, decidedly older looking, drink themselves silently to sleep. There are measures and contradictions here, a senseless death has driven them further apart and closer together.

Bokma is particularly good, fixated on uncovering his boy’s final steps, whatever the cost. Huddled over notebooks, ideas jotted, thoughts plodding, the actor gives a very nuanced performance of a man aged over every parent’s worst nightmare. A hallucinogenic funeral sequence feels especially testing; it demonstrates the sleepiness feeling the parents experience to the audience, scoped in a similar manner to The Beatles Magical Mystery Tour. The scene ends with Bokma, starved of affection, recounting the last time hehugged and kissed his child.

The film operates in an effective non linear manner, changing from the brightly lit kitchen where Tonio informs his mother of a girl he’d like over to photograph forwarding to the same kitchen, now darker, where same said mother declines telephone calls to the outside world. Through his journey, Bokma finds out about his son’s love for vodka (a drink he savoured at parties) and his eager and earnest attempts to seduce a girl he fancied. 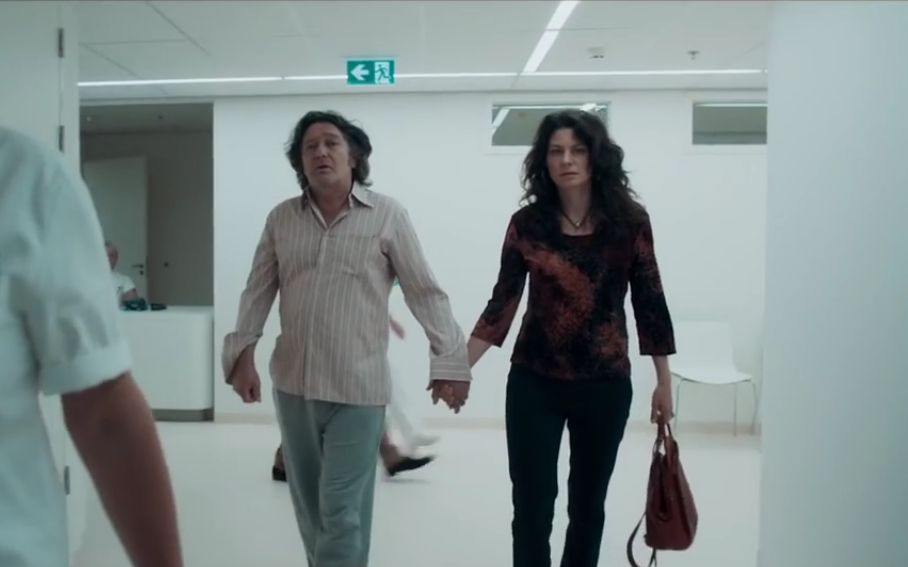 Elsewhere, his excessive drinking becomes apparent sitting on a table, his heavy gut open and his bare chest exposed in his private kitchen. Tonio, by contrast, is ordinarily handsome and free spirited, photographing each assignment he is given with excitement. Long haired in rock star regalia, Tonio is everything his father will never again be.

The film ends on an ambiguous note, where Bokma overlooks his sons drawings and personal objects, little indicator of whether the audience should feel happy or sad about the characters fates. But when it hits, it really hits and this is a tale about death that will make you grateful for life.

Tonio is out on October 8th with Walk This Way. Just click for more information and also in order to view the film now.