"Greasy movie"
Where are you gonna get your food from in a few decades, once the world population hits a 10-digit figure? Doc raises urgent questions about overpopulation and sustainability, revealing that we could experience a "food war" - on VoD as part of the Walk This Way Collection

As many health and eco-orientated millennials, including myself, turn towards a plant-based diet, it is hard not to escape the overwhelming feeling that the world’s agriculture is being strained by an ever-growing demand for meat. Picking up on this notion and extrapolating it towards the innovative ways small communities are dealing with the problem, 10 Billion hones in on the harsh reality that by the middle of this century, the world population will hit the titular number.

Directed with clarity by Valentin Thurn, who also acts as the focal inquisitive persona in the interrogative documentary, Thurn follows in the footsteps of Nick Broomfield and Michael Moore by conducting his views in front of the screen. Akin to these influential directors in the documentary medium, Thurn uses his own critical, and professional voice, to discuss the fundamental questions that face all of humanity; how will we survive overpopulation? 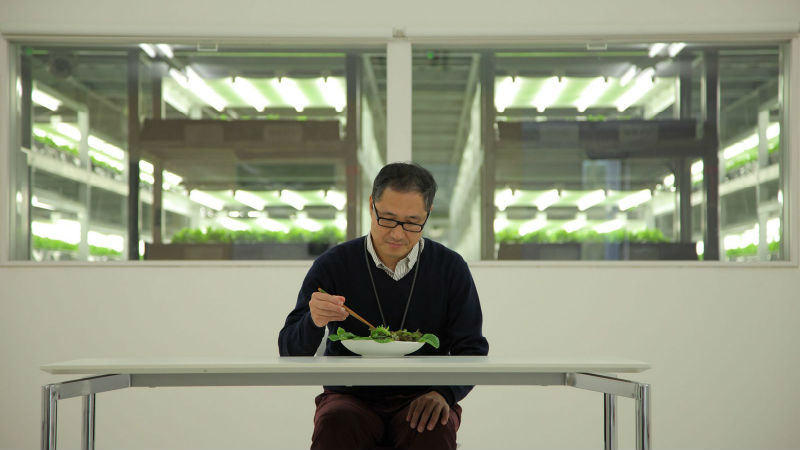 Unlike Alexander Payne’s recent Downsizing (2017), it is made clear from the outset that in order to sustain the planet, communities and agricultural knowledge must be combined in an effort to endorse local farmers. From India, to Germany and then England, Thurn and his team examine the varying ways that farmers, scientists and eco warriors are attempting to deal with such an impending problem. Commencing in Germany and pharmaceutical and life sciences company Bayer’s approach to hybrid plants that can withstand severe flooding, in every piece of analysis, the documentarian takes a focused methodical evaluation of all the benefits and negatives of each subject matter. In the case of science, it is made abundantly clear that the evolutionary forces of nature over thousands of years are simply no match – at this point in time – to laboratory made plants and synthetic meats.

Consequentially shifting focus to Indian rice farms in their systematic storage of ‘anti-salt’ and ‘anti-flood’ seeds, again the power of communal knowledge, with nature, are stressed. In Britain – just like in India -, small movements of internalising local produce, alongside economics, are the moulds to which bigger governments should aspire towards. Growing seasonal produce anywhere, from car parks to pavements, the small town of Todmorden (in West Yorkshire) has set in motion the Incredible Edible movement – utilising every available space to grow fruit and vegetables. As they state ‘Everyone understands food. Food could get people talking; even better, it could inspire people to take action.’ 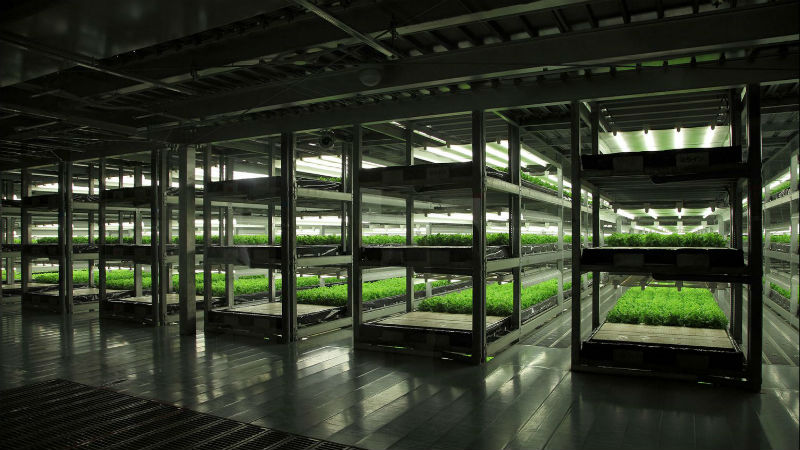 Away from the agricultural debate, Hajo Schomerus’ camera, after each segment on the subject matter or topic, films the people involved in the labs, farmland or eco movements in a simple yet graceful photographic medium close up. It successfully captures these people’s presence and contributions to preventing global food starvation. Further, they are moments that spring to mind the ephemeral beauty of Agnès Varda, most recently with JR in Face Places; 2017’s best documentary. A criticism of Thurn is that his approach to examining communities et al can become too repetitive and formulaic, leaving little room for innovation; ironic for a featuring the most cutting-edge agricultural innovation.

In a moment of seriousness, one scientist predicts that the next world war could be fought not over oil, hatred or racial divides but food. Everyone in the world, regardless of wealth, cast or ability, deserves to eat good food that isn’t mass produced. Still, In an age where millennials are set to become the fattest generation, according to Cancer Research UK, it is hard to not be so focused on starvation, as opposed to mass obesity. By looking internally to our own communities and land, the future, as proposed by Thurn’s 10 Billion, will be a much healthy, safer and harmonious place.

10 Billion is available to watch on VoD from March 5th, as part of the Walk This Way Collection. Click here in order to watch it on iTunes.