"Dirty gem"
Just child's play? Substitute teacher suspect's there's something Machiavellian about his students, and that they may have been involved in his predecessor's suicide - from the BFI London Film Festival

A teacher in a French classroom stands by the window, watching his students as they work. We share his gaze at the back of their necks, sweaty as the sun sits high in the sky. After a moment of careful consideration, he opens the window wide and jumps out. The children’s screams bounce around the audience’s mind throughout School’s Out, filmmaker Sébastien Marnier’s sophomore feature.

Following his 2016 debut, Irréprochable, Marnier remains concerned by obsessive paranoia born from a generational misunderstanding and shifting value systems in French society. Laurent Lafitte, who you probably haven’t forgotten as the neighbour in Elle (Paul Verhoeven, 2016), plays Pierre, brought in as a substitute teacher for this class of advanced students, who brag about being a year ahead in their studies and exert their special status over Pierre, who wants to teach them how to behave like normal students. But what initially seems like a Mr Chips rehash soon takes on darker shades. Lafitte has this smug, naturally sinister presence. In different circumstances, you could imagine his character spending his nights going deep on Joe Rogan videos. Instead, he’s obsessing over his students, who he has become convinced have more involvement in these occurrences than the school faculty seem to believe. 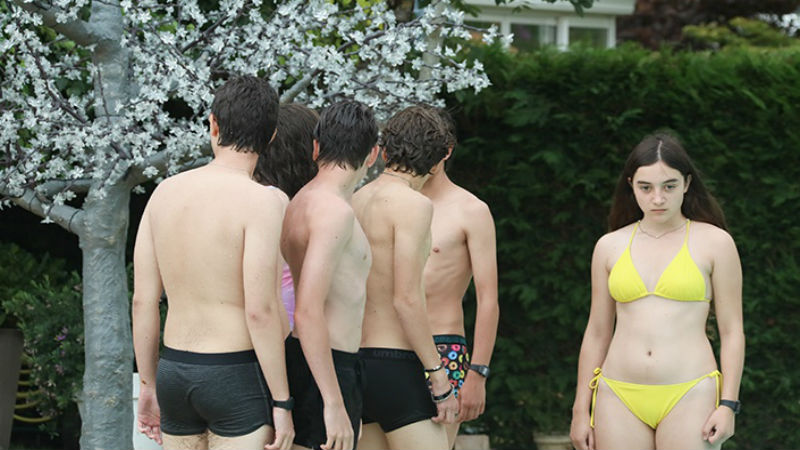 The film is good at looking. We share Pierre’s gaze, as he crushes on his best friend, on another teacher, and as he becomes ever more curious about his students. Pierre isn’t entirely out of the closet, which these savant children clock on to and use to imply that his interest in them has a lustful edge. And, perhaps it does. We become implicated in that look the more depraved and self-destructive it becomes. It reminded me of Alain Guiraudie’s brilliant thriller Stranger by the Lake (2013), full of slow pans and Chabrolian dread. School’s Out wraps you so tightly into its protagonist’s perspective that his reality becomes indistinguishable from the audience’s.

An ominous hum overcomes the soundtrack, as the camera pans from the sky down to take in shot after shot of vast fields, you get the impression that this is one of the first movies to bear the influence of Shyamalan’s The Happening (2008), and I mean that as a compliment. That stark sound design intrudes onto the characters’ psychology, slipping into a score reminiscent of Carpenter or Goblin. When a rhythmic alarm blares in the classroom, the students hide against a wall, clearly tired of the regular terrorism drills. “This is the third one this term,” a student blankly tells Pierre. With children beginning to take a stand against these practices, these scenes take on a post-Parkland context that isn’t pursued as the entire end of the film, but rather, is one element of a piece that observes a post-millennial revolution from the outside.

When one of the children is bullied, kids in the background quietly film on their phones. Only in French movies do you see buffed up school teachers showing for work in a tight black tee, or getting into a fistfight with a student on the playground, or huffing fags by the basketball court. But this lack of boundaries is precisely what makes the film’s moral compass so difficult and compelling to follow. The teachers are a complacent clique, oblivious to the harm they cause each other. 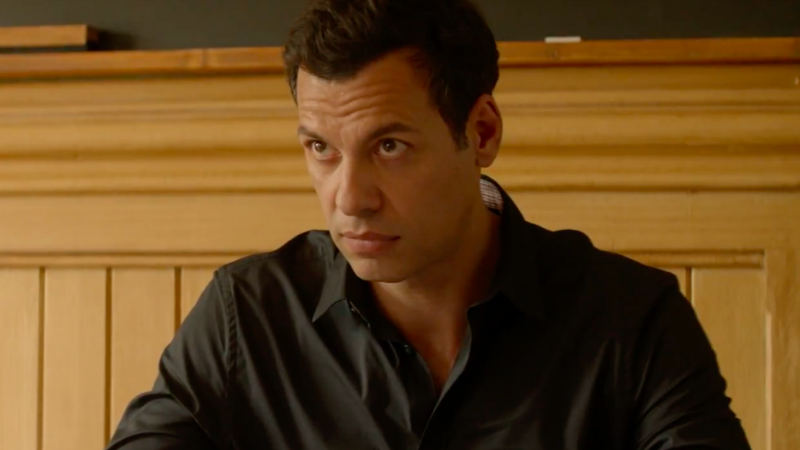 Marnier also clashes a use of video camera footage of environmental disasters with the plush digital photography of the main narrative, to question our immersion into the story space. As Dimitri, one of the student ringleaders says, the video camera gets at something more real or authentic, seeing the world as it really is. When this group of Randian teenagers stare into the quarry where they meet to practice improving their pain threshold, I couldn’t help but think of the site as like Galt’s Gulch, the objectivist paradise at the heart of Ayn Rand’s 1957 novel Atlas Shrugged.

Their self-isolation asks questions about environmentalism as egotism. While it’s hard to argue that fear for our future is the same as objectivist self-preservation, Marnier might be arguing that wokeness as superiority impinges messaging from reaching the layman, as we see in that bullying scene. While Marnier toys with the children’s malevolence, he withholds their perspective, keeping their motives in the shadows for long enough to constantly suggest Machiavellian intent. But it’s a distraction.

Marnier has presented a slight of hand. The final scene, one of abject terror shot in the lush surroundings of a local lake, presents the relief of our paranoia proved right. The only display of emotion is in that final scene: a reality, a reckoning. Lafitte is framed alongside the children; they are the same now. Its something like an ending of submission, an inevitable nightmare that brings the whole film’s mess of images and messages into sharp focus. What a film for right now.

Let the beast out of the cage! Isabelle Huppert stars in absurdist drama about powerless teacher grappling with her rowdy and unimaginative pupils, until she begins to morph into something else - now streaming with DMovies [Read More...]