"Dirty gem"
Both a coming-of-age and a coming-out film, this French drama centres on an young man fleeing from his village for being different. Through the life he encounters and the people he meets leads him on this path to reinvention - in cinemas Friday, September 14th

There’s a clue in the opening title. Flames sparkle down the screen. It’s a fiery film, passionate in character and introspection, visceral in choreography, elegiac in self-discovery. French-born star Finnegan Oldfield is excellent, brining varied realities and nuances that benefits a film of surreal posturing. Through a journey from village to city, the cameras swirl with the delightful kitsch it needs, stamped with the epicurean appearance from Isabelle Hupert herself (playing herself, no less). 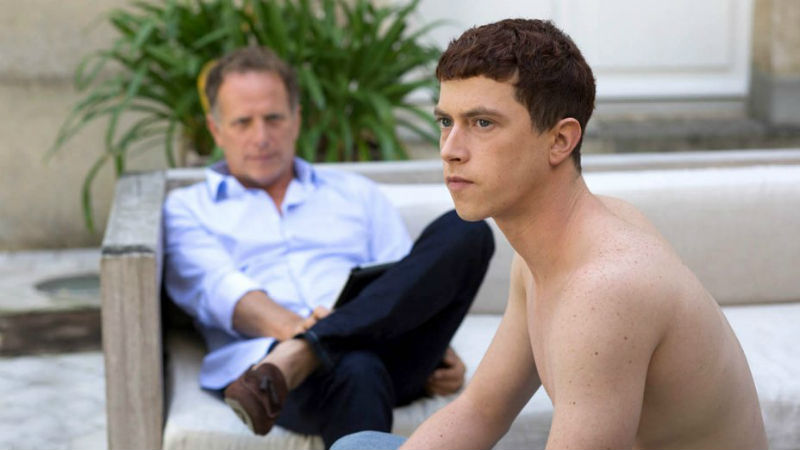 Huppert is the mentor and icon Marvin needs to truly become Martin, a metamorphosis transformation he intends to perform through a grand show. He meets her through an older man he is escorting, interweaving pasts and presents. The story delves between the child taunted and bullied in a homophobic town and the adult who lets his demons out on a stage. There is something viscerally hallucinatory in a scene where young Marvin finds himself distracted by the viperous sounds of a fairground, the lights and neons a choreography of visual insanity, in a tale that cuts from past to present in an uneasy (but intriguing) manner.

This is the latest in Anne Fontaine’s eclectic range of films (Coco Before Chanel, La Fille de Monaco, Comment j’ai tué mon père) and while the film is decidedly over-long, there are enough moments of interest within the story. A scene in which young Marvin sits uncomfortably with his overweight, chip-munching, loudmouthed parents is a particularly harrowing one, as dark as the frequent clips of a bare-chested Oldfield are decidedly sensual. 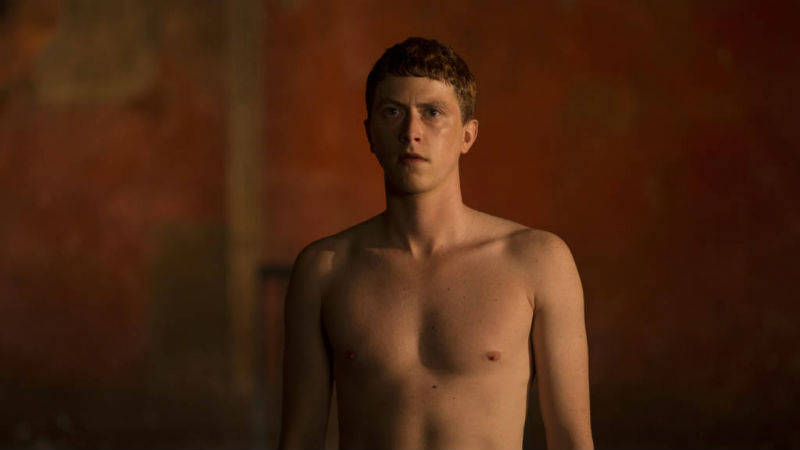 Grégory Gadebois, Catherine Salée and Vincent Macaigne are strong and stable in their performances, but it is the two leads, (Jules Poirer as boy, Oldfield as adult) who truly cement the film. Poirer gives a haunted performance, cerebral in his wish to run from the hateful, homophobic Vosges to find himself in the similarly lost adult he has become. Oldfield has some great lines, but it is his bodily acting that steeps with grace and loss, helpless, he falls into Huppert’s arms.

It’s a tale of an underdog, an artist looking for subjects to paint, reflecting himself through stealth, through dance, through fire.

Reinventing Martin is out in cinemas across the UK on Friday, September 14th.