"Filthy genius movie"
André Techiné celebrates 50 years of filmmaking with a five-star and five-splat film, impeccable in style and profoundly subversive in its subject - live from Cannes

Fifty years are neither 50 weeks nor 50 months. The French filmmaker André Techiné has directed more than 20 films in his career spanning five decades, and he has worked with the likes of Catherine Deneuve, Juliette Binoche and Isabelle Huppert. So the Cannes Film Festival, which is also having a big anniversary this year (add two decades; it’s 70th edition of the Festival), decided to honour the director with a special screening attended by no less than the three aforementioned ladies.

And as you would expect, the 76-year artist, possibly the greatest LGBT director alive, hasn’t disappointed us. Golden Years is a superb piece of filmmaking, exuding guile, vigour, elegance and subversive fragrances. As usual, he challenges expectations of gay relations, sexuality and national identity. The film tells the real story of the French WW1 deserter Paul Grappe (Pierre Deladonchamps) and his wife Louise (Céline Sallette). In order to avoid being caught, Paul disguises himself as Suzanne. He quickly and enthusiastically embraces his new identity and turns to prostitution in order to make ends meet and cater for his wife. 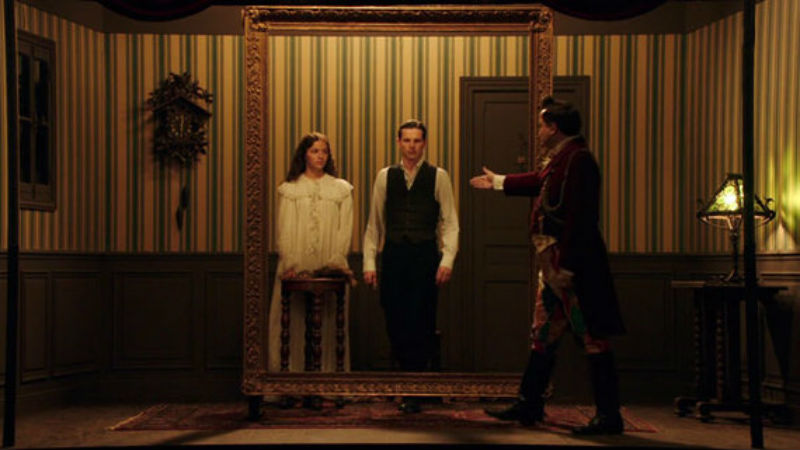 This plot will sound extremely familiar in case you watched the British-American drama The Danish Girl (Tom Hooper, 2016). The movie tells the (kind of ) real story of the transsexual Lili Elbe, who lived in Denmark at around the same time as Paul. Lili is played by Eddie Redmayne, who looks a lot like Deladonchamps. And Lili also had the love and support of his wife. But that’s where the similarities stop.

The difference is that The Danish Girl twisted Lili’s real story in order to a create an easily-digestible movie, and to make the characters more pallatable. The director opted to show Lili’s wife holding her hand as Lili died in his movie, when in real life she was remarried and living in another continent when Lili passed away.

Well, you wouldn’t expected a saccharine ending from Techiné. Instead, Paul/Suzanne becomes violent and unpredictable in his gender dysphoria. And Louise’s devotion to him turns into something else. Golden Years is not celebration of transgenderism. This is a study of human dysfunction, and the role of sexuality in power relations. No transgender person will wish to have Paul/Suzanne as a role model. The French director is not here to give us simple answers and to revere LGBT culture. He’s here to hit you in the face. And it’s gonna hurt.

No less important is noting that this Golden Years is a statement against war. Deserting is the ultimate act of treason against your nation. In this case, also against heteronormativity.

Golden Years is showing at the 70th Cannes Film Festival, which DMovies is covering live right now. The movie is not part of the official competition, and instead it was screened in a special session celebrating the 50 years of filmmaking by André Techiné.

Click here for our review of Techiné’s Being 17, from last year.