If you’re searching for a feel-good movie that’s somehow supposed to make you believe in love again, look no further. With a sheer dose of talent of the performers, Souvenir, the new film by French Bavo Defurne, opening in British cinemas, might just do the trick.

As far as screenplays go, we’ve got a pretty traditional one. Liliane (Isabelle Huppert) works in a paté factory who incidentally bumps upon Jean (Kevin Azais), a boxed with a passion for French chanson. He recognises her as Laura, a chanteuse that finished second in 1974 Eurovision Contest, and who fell into oblivion shortly after. He says he’s a fan and wants her to sing again, which she declines at first. She ends up singing in his boxing club and, despite the age gap, they form a relationship. Together, they decide to get her on top of the game again.

If it sounds like a typical boy-meets-girl with some age issues as dramatic seasoning, it’s because it is. The script doesn’t say anything new and it’s not purporting to, either. What eventually sells the piece is the ability of the filmmakers to tell its story in an efficient and believable way. 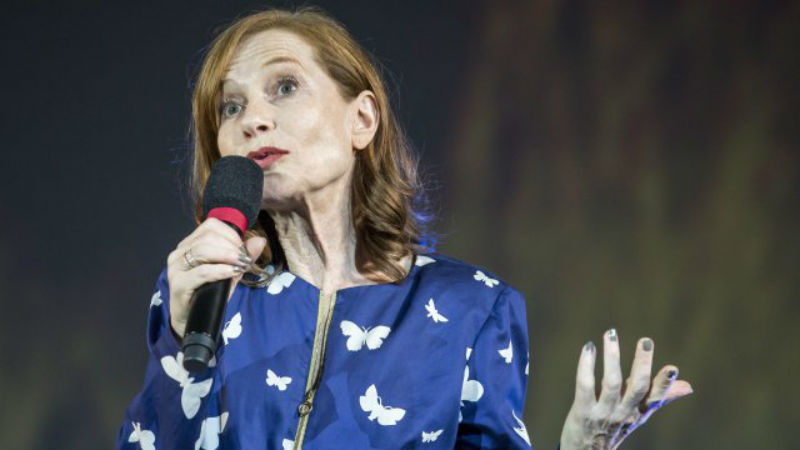 Just like in Elle (Paul Verhoeven, 2016), the significance of Huppert here cannot be overstated. She takes the beaten material to a new level, showing us a little of her rarely seen lighter side in the process. Known internationally for her portrait of steely French women, the actress gives a very moving carefree performance. He’s less likely to get any credit for it, but Azaïs doesn’t disappoint either, scoring points for making us root for a very naive character.

This very naïveté gives makes Souvenir charming. The protagonists fall for each other through the sound of their voices and in the delightful sequences when Jean finds himself in Liliane’s place.

What a coincidence that it hits British cinemas at exactly the same time as The Graduate (Mike Nichols, 1967) celebrates its 50th anniversary with a new release in cinemas. Where Nichols portrays a very cynical and predatory relationship between a young man and an older woman, Souvenir shows pretty much the opposite. Liliane might be as desperate as Ms. Robinson, but she’s hurt in a way that sex alone won’t fix her. 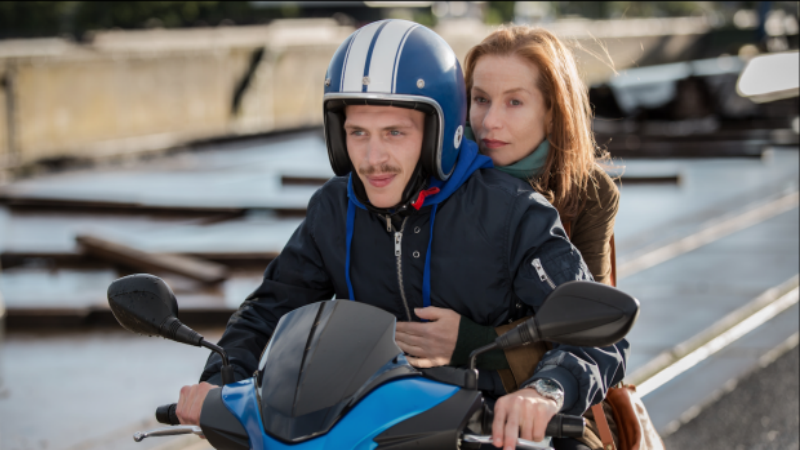 We can look for things beyond the romance, if we want to. There’s a lot of humour in the generation gap between the characters and a commentary on the sexism in the entertainment industry. When Liliane goes to her ex-husband and manager, Tony (Johan Leysen) for help, we see that he’s aged too, the difference is that he is wealthier and more successful at work.

People say that she stopped singing because of their divorce, something she even agrees with in public. Alone with Jean, however, she confesses that she didn’t stop and implies that people just didn’t care for her anymore. That such confession comes from the lips of Huppert, a steadily good actress with more than 40 years in the field, adds an extra dimension and taste to the movie. Souvenir is not about that, though. It’s about attraction and relationships that defy logic, and the personal growth that comes with them. Just like falling in love with an old tune for the first time.

Souvenir is out in cinemas across the UK on Friday, June 23rd.

Click here for the review of our dirty favourite with Isabelle Huppert this year!