"Greasy movie"
Ye gods and little fishes! A dead soldier enters the afterlife where his suitability for reincarnation gets evaluated, while godly envoys are sent to Earth on a bizarre mission – from the London East Asia Film Festival, and also in selected cinemas from Thursday, August 16th

When people die, they are taken to the world of the afterlife by specially designated guardians. Dead people undergo up to seven trials in 49 days in order to determine whether they will be reincarnated. That’s the basic premise of Korea’s Along With The Gods franchise.

The original film Along With The Gods: The Two Worlds (Kim Yong-hwa, 2017, pictured below) wowed audiences by piling on extraordinary set pieces exploring a series of hells and their attendant court chambers that comprise the afterlife. It also introduced the guardian captain Gang-lim (Ha Jung-woo), tormented by memories of his human life on Earth as a warrior in the Goryeo dynasty just over a thousand years ago, and his two sidekicks: one a young male warrior type Haewonmak (Ju Ji-hoon), the other motherly young woman Lee Deok-Choon (Kim Hyang-gi), both of whose earthly memories have been wiped. 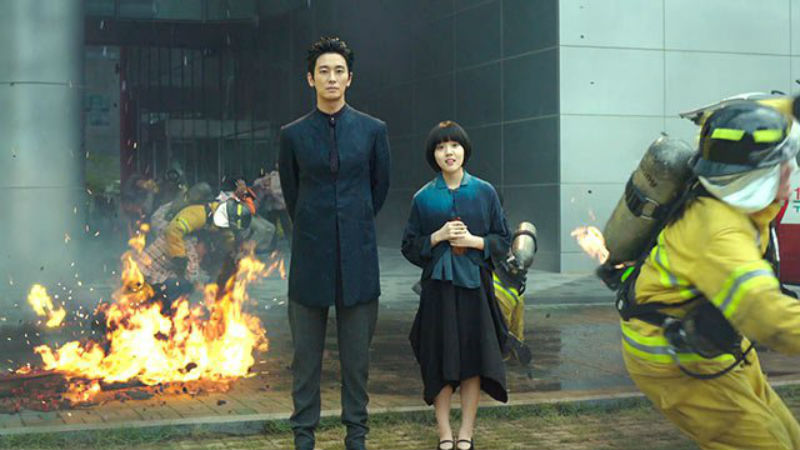 This time round in Along With The Gods: The Last 49 Days, the three guardians’ human charge is deceased soldier Kim Su-hong (Kim Dong-wook), accidentally shot in the original film by fellow soldier Won Dong-yeon (Do Kyung-soo) then buried by Won and his commanding officer Lieutenant Park (Lee Joon-hyuk). A suggestion here that Kim might not in fact have been dead at the time of his burial is echoed in 1,000-year-old flashbacks of Gang-lim hinting he may have similarly failed to rescue his warrior king father from beneath a pile of battlefield corpses.

Pleading for soldier Kim, the two assistant guardians are forced to return to Earth to capture renegade guardian Sung-ju (Ma Dong-seok) whose self-imposed exile in the house of a grandfather has prevented the latter’s ascension to the afterlife. This forces the film to juggle an effects-laden journey through vast otherworldly landscapes with a more parochial, comic story based around a house and its immediate courtyard area lacking the same epic scale.

Sung-ju reveals the two guardian assistants’ past histories. They lived on Earth at the same time as their captain, effectively throwing in a further plot of a wintry historical epic about warrior sibling rivalry and a homeless girl caring for a group of orphans. 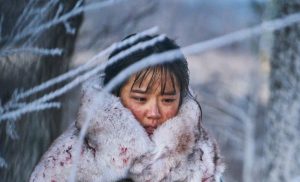 It might be less well balanced overall, but this second film nevertheless achieves some very impressive, state of the art visual set pieces, among them immersion in a sea of biting flying fish, a journey across a burning rock field disgorging humanoid lava monsters and a Jurassic Park (Steven Spielberg, 1993, and sequels) homage featuring velociraptors, a T. Rex and a mosasaurus. Yet at the same time it delights in throwing in constant narrative complications with scant regard for character development making it all too easy to drown in multiple plot details.

Like its arguably superior predecessor, Along With The Gods: The Last 49 Days been a massive hit in its native Korea. Marvel-type teaser scenes at the end suggest plans for further franchise instalments (there are apparently two more films already in the pipeline) and it all works well enough as visual spectacle or lightweight, popcorn entertainment. However, given the good and dirty idea of people coming to terms with the consequences of their past actions nestling at the margins of the script, it’s a crying shame more couldn’t have been been done with that element on a par with the extraordinary visuals.

Along With The Gods: The Last 49 Days was shown as a London East Asia Film Festival teaser and is out in selected cinemas across the UK on Thursday, August 16th. Watch the film trailer below:

As GoodFellas as it gets! Yoo Ha’s gangster film compares favourably to Scorsese’s classic on many levels, an underrated dirty gem of Korean Noir – from the London Korean Film Festival [Read More...]