"Dirty gem"
Korean period, winter war movie in which a besieged King, his court and his army decide whether to negotiate or fight as the enemy approaches – the opening film in the London East Asia Film Festival

From its title you might assume that this big budget Korean offering was primarily a period war action epic more interested in spectacle and entertainment than anything else. In fact it’s an adaptation of contemporary writer Kim Hoon’s latest bestseller which explores a specific episode of history. The Fortress takes place in 1636, when King Injo of the Joseon Dynasty (Park Hae-il from The Host/Bong Joon-ho, 2006) was trapped in the mountain fortress of Namhan along with his ministers and court. It was winter and his army was suffering from exposure. To the South was the expansionist enemy Qing army advancing into territory hitherto under the protection of the Ming Empire.

At the start Kim Sang-hun (Kim Yun-seok), later revealed as Injo’s Minister of Rites, has a ferryman take him safely across the frozen river which is the route to Namhan. The old man bemoans his lack of payment for guiding others along the same route and wonders if the Qing will pay any better. After Kim kills him to safeguard the route from the enemy, the man’s blood seeps out slowly over the solid ice. This act will later come back to haunt Kim when he takes in a small refugee girl who turns out to be the dead man’s granddaughter, a child character given a fair amount of screen time and whose plight is heartbreaking. 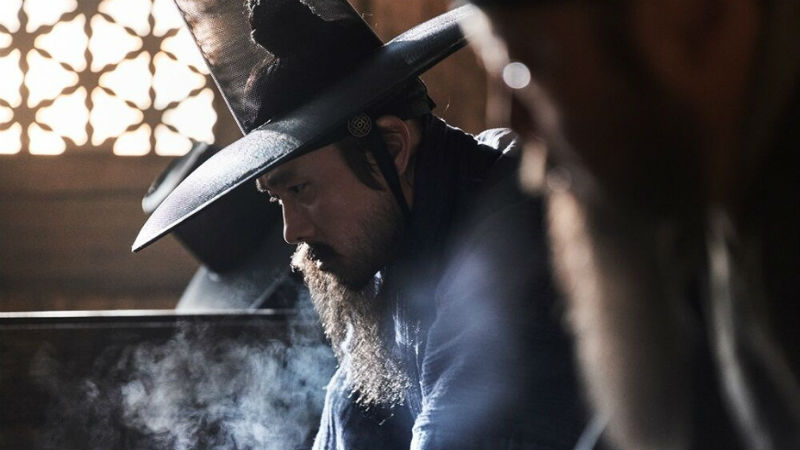 In the meantime, there are more pressing political and military matters. The King must listen to his ministerial advisers before making decisions. Minister of the Interior Choi Myung-kil (Lee Byung-hun from The Age Of Shadows/Kim Jee-woon, 2016 and The Magnificent Seven/Antoine Fuqua, 2016) urges negotiation for peace with the enemy who outnumber them ten to one in marked contrast to Kim’s belief that they should stand and fight. The Prime Minister shares Kim’s belief, but is out of touch with the common people whereas Kim takes the trouble to talk and listen to the troops on the ground, represented primarily by the character of savvy, local blacksmith Seol Nal-soi (Go Soo). Thus, when the latter suggests the men be supplied with straw bags as protection against the cold, Kim is able to raise this idea in court and get the King to agree to it. The Prime Minister is disgusted with this since he thinks soldiers should simply endure the cold.

As they speak, ministers frequently suggest that if their suggestions are unworthy, their heads should be separated from their bodies. The Fortress has its share of beheadings, but it never seems to be the politicians who suffer this fate – it’s rather the enemy, one or two of whose heads are displayed to remind the troops of victory, or a hapless Lieutenant who is being punished for the failures of his political masters. The times may have been more violent and barbaric, but politicians have scarcely changed. 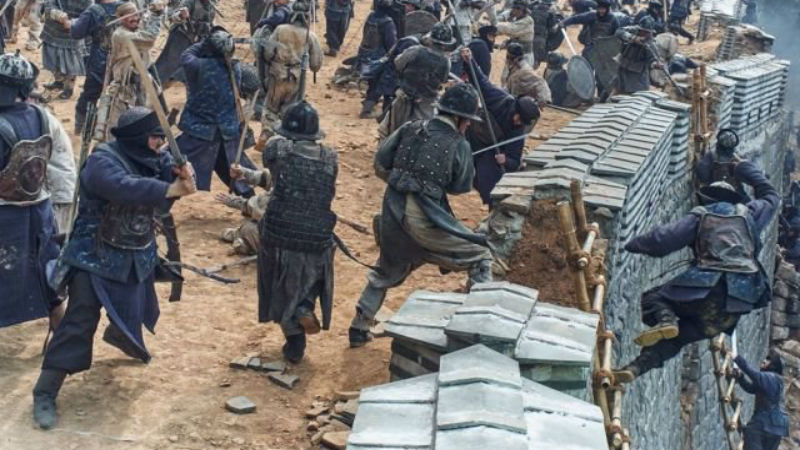 The machinations of the ministers and the court and the weight of office upon the King as he seeks their counsel before taking important decisions are compellingly portrayed with a real attempt at conveying all sides. Less effective is the portrayal of the common people who are pretty much reduced to blacksmith Nal-soi, his country bumpkin brother Chil-bok and the young girl in Kim’s charge. There are enough well-staged scenes of big battles or incidents such as Nal-soi travelling cross country through enemy lines to deliver a message to friendly forces to make you buy this as a big budget, period war spectacular, yet the core of the proceedings takes place in the King’s court.

The Fortress sets itself some very difficult tasks and for the most part pulls them off effectively. The central theme of a country trapped between two rival empires undoubtedly strikes a chord for contemporary Korean audiences given their country finds itself trapped between China to the North and U.S. forces to the South. The film also boasts an impressive Ryuichi Sakamoto score although many of the court scenes work very well indeed without any music at all. Highly satisfying film making. This excellent choice of opening film bodes well for London East Asian Film Festival 2017.