"Filthy genius movie"
As GoodFellas as it gets! Yoo Ha’s gangster film compares favourably to Scorsese’s classic on many levels, an underrated dirty gem of Korean Noir – from the London Korean Film Festival

Byung-doo, 29, (Jo In-sung) is a smart, lean and hungry gangster on the mean streets of Seoul, in A Dirty Carnival. As a debt collector he successfully collects payments from difficult customers. Yet his immediate boss Sang-chul (Yun Je-mun) pays him so little that Byung-doo must constantly beg him for the money to pay his mother’s apartment rent. Looking out for those beneath him and determined to better himself in the wider organisation, Byung-doo realises that its overall boss Hwang (Chun Ho-jin) would like nothing more than to get the sycophantic Prosecutor Park (Kwon Tae-won) off his back. Sang-chul clearly isn’t going to do anything about it so Byung-doo takes the task upon himself. He and one of his men drive into the back of Park’s car in a secluded spot and he kills the prosecutor when they get out of their cars to exchange details.

Byung-doo’s best mate Min-ho (Min Nam-koong) is an aspiring film director who can’t sell the script for the gangster film on which he’s working because the studio producer he approaches doesn’t think it’s realistic enough. After meeting up with Byung-doo, Min-ho chances to observe the latter and his men caught up in a vicious fight to defend a nightclub’s premises. He realises that his old pal is a genuine, real life gangster and decides to mine him for all the background information he possibly can. The studio subsequently accepts Min-ho’s “much more realistic” script from which he makes a highly successful film. Alas, many of the scenes are lifted directly from life, including Park’s murder. Byung-doo eventually realises he may have to kill his friend in order to survive. But it may already be too late for both of them. 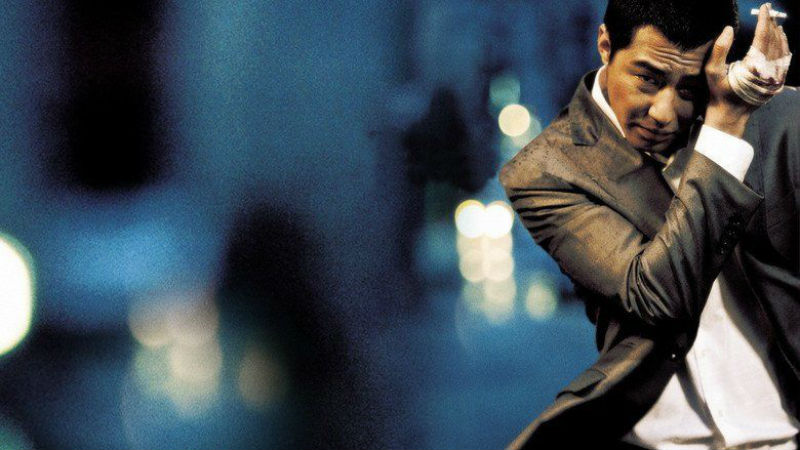 Before the two men’s relationship sours, Min-ho reintroduces Byung-doo to the girl he fancied in school Hyun-joo (Lee Bo-young), who now works in a bookstore. Their developing relationship is going well until the night a work colleague sexually harrasses Hyun-joo on the street and the outraged Byung-doo brutally beats him up in front of her. Horrified, she immediately walks away from him and out of his life, but he’s still fixated on her and wants the relationship to continue.

Unlike much of the more recent, slicker and formulaic Korean gangster fare, there’s a gritty sensibility recalling low budget, Hong Kong marvel Made In Hong Kong (Fruit Chan, 1997). Yoo’s narrative charts its way between compelling gang fights, ruthless killings, good and bad romantic episodes and down to earth, everyday scenes involving people unlucky enough to have for a relative a gangster whose deeds will adversely affect their own lives.

A Dirty Carnival would make a terrific double bill with GoodFellas (Martin Scorsese, 1990). Both boast well observed characters in terms of gangsters and their wives or girlfriends. Both involve loyalty and betrayal. As people are beaten up, killed or buried alive, the viewer is compelled to watch in horrified fascination. Looking at the plight of the gangsters’ womenfolk, we’re torn apart. Yet we like Byung-doo. He gives his job everything he’s got and treats the men below him in his organisation with great respect, looking out for their interests. 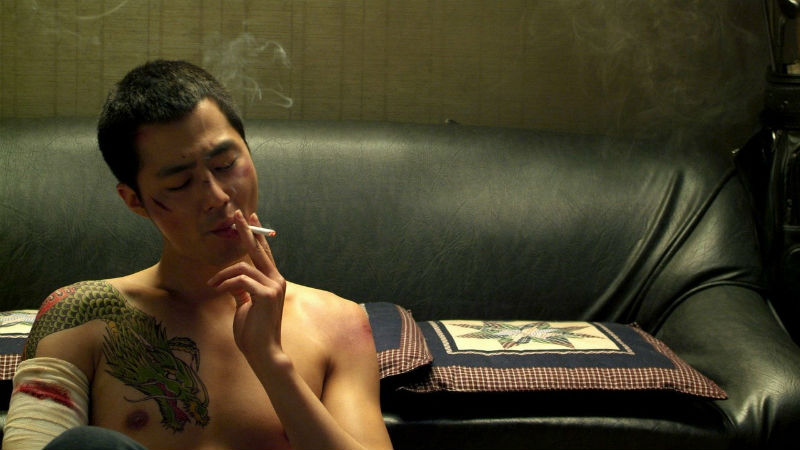 Like GoodFellas‘ three protagonists, Byung-doo is an outsider trying to work his way up the organisation’s ranks with the odds stacked against him. Tasked with moving poor residents out of an area so it can be developed to line his boss’ and his own pockets, it becomes clear just how ruthless and self-centred a social parasite he is. Alongside his traumatised girlfriend Hyun-joo, when he commits acts of extreme violence we want to get as far away from him as possible. We like him as a character in a movie just like we like the three guys in GoodFellas despite their horrifically violent acts, but we might not want anything to do with any of them in real life.

A Dirty Carnival is well-paced and grips the viewer in an emotional vice from start to finish. Ten years on, this neglected masterpiece has lost none of its ability to engage and shock in equal measure. It deserves to be far more widely seen.

A Dirty Carnival plays in the London Korean Film Festival taking place until November 19th, and it hits the road on the 12th, visiting various dirty cities across the UK.