"Dirty gem"
Palme d'Or winning Turkish director Nuri Bilge Ceylan returns with a profound meditation on family and the role of the artist with almost 200 minutes of duration - in cinemas Friday, November 30th, and then on VoD Monday, December 3rd; on BFI Player on Monday, April 6th

A wild pear tree is misshapen, misfit but still very fertile. Very much like an artist, be that a writer or a filmmaker. Nuri Bilge Ceylan’s latest film questions the role of the artist within the society and within the family in a highly conversational journey lasting more than three hours.

The film centres on Sinan (Aydin Dogu DEmirkol), who returns home to the rural and coastal town of Canakkale upon graduating in literature. He wants to publish his first book, a collection of essays and short stories named The Wild Pear Tree. His parents are loving and supportive, yet his household has turned dysfunctional and unstable. That’s because his father Idris (Murat Cemcir) has become addicted to gambling, and his mother Asuman (Bennu Yildirimlar) suddenly had to take up a nanny job in order to make ends meet. 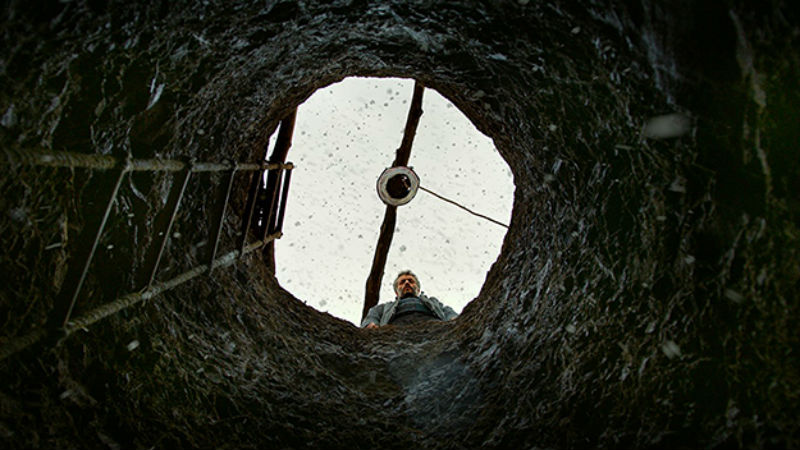 Idris is a teacher, and his very existence is defined by literature. His conversations are always teeming with quotes and literary references. Despite the financial difficulties, Asuman does not regret having married Idris, who stole her heart with his rich rhetoric and sweet lyrical talk. She says she would do it all over again. Sinan is following a very similar path to his father, it seems. Or will he reconcile his artistic aspirations with money-making, and become rich and successful with his book?

The Wild Pear Tree is a profoundly conversational and reflective film. Idris and Sinan converse with their friends and also with each other about the meaning of literature, arts, life, religion, and so on. It will feel like you sitting on a table with friends and family talking just about every single existential matter. The only problem is that, as with any conversation lasting more than three hours, the film gets a little draining at times.

The bucolic images of rural Turkey help to sustain this inspiring and and meaningful film. The DOP is particularly skilled with lighting. The shades of yellow provide the movie with a certain warmth. The seasonal changes are also effectively captured. The mood of the characters change with the frost and the snow, and the film culminates with a highly ambiguous closure in Winter. 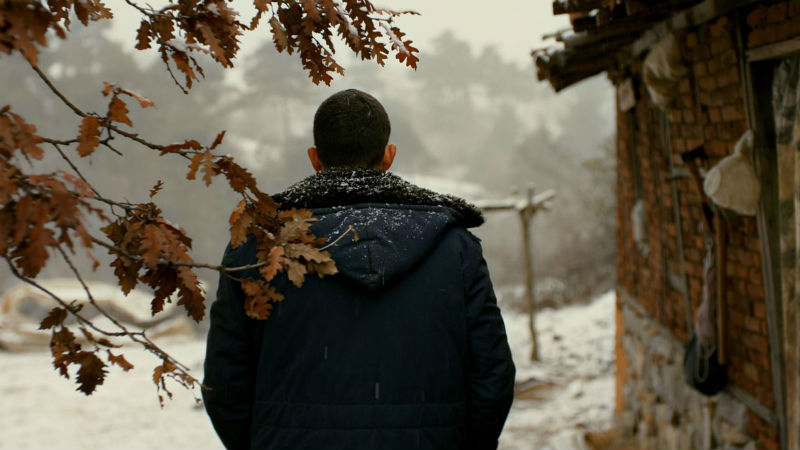 Like its characters, The Wild Pear Tree never feels pretentious and self-conceited. This is a down-to-Earth story, in both the connotative and the denotative senses.

This is a film about the artist’s biggest fear: that no one reads, listens or understands what they have to say. Sinan’s unrelenting search for recognition is both sobering and disheartening. The young man does not realise that the journey is the actual destination. There is no pot of gold at the end of the rainbow. Sinan does eventually get his book published, but he now has to face a much scarier prospect. Will anyone read it? Will his words move anyone? All of these comments and questions apply, by extension, to the filmmaker. That’s why, ultimately, this is also a film about filmmaking.

The Wild Pear Tree showed at the 71st Cannes Film Festival taking place right now, when this piece was originally written. Nuri Bilge Ceylan won the Palme d’Or just for years ago with the equally long and meditative Winter Sleep. The film premiered in the UK as part of the BFI London Film Festival in October. It’s out in cinemas across the country on Friday, November 30th, and then on VoD on Monday, December 3rd. On BFI Player on Monday, April 6th 2020.