"Greasy movie"
American indie about father and daughter who bond through music has its heart in the right place, but it's also a little drab and syrupy - in cinemas Friday, August 3rd

Pleasant and breezy. Lighthearted and innocuous. But also a little colourless. Hearts Beat Loud is the latest American indie to hit UK cinemas. It’s refreshing and cool enough to keep you in the cinema for 95 minutes, away from the oppressive heatwave castigating the country outside. But it will pass through you immediately. Just like a Summer breeze. 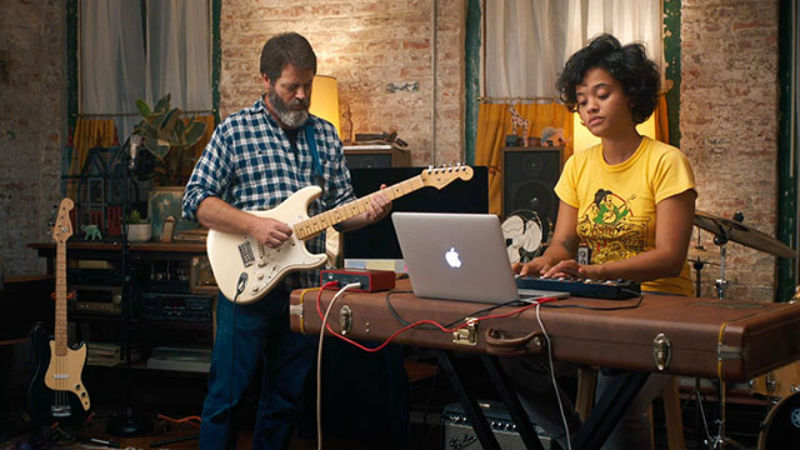 Frank Fisher (Nick Offerman) is an avuncular, middle-aged and heavily-bearded widower who runs a struggling record shop in Brooklyn. His wife passed away to a tragic bicycle accident, and he was left to bring up their adolescent daughter Sam (Kiersey Clemons). The beautiful teen has been accepted into medical school. Frank attempts to strike a music partnership with Sam before she departs for her freshman year. Daddy wants to connect to his daughter through music. She finds that very uncool. Daddy sulks. Despite their differences, Frank and Sam record a song and it somehow ends up on Spotify. Sam’s hesitation to endorse the work is reflected in the very name that Frank chooses for the band: We’re Not a Band.

Daddy is the audience surrogate. He needs get his daughter to believe in the band, just like the filmmaker Brett Haley needs viewers to connect with his film. Frank is a dreamer. Sam is far more pragmatic, and she frowns upon her father’s capricious whims. She does not believe that she can make a living of music, despite a very beautiful voice vaguely reminiscent of Beyoncé if the Texas singer was an indie guitar artist. It’s down to Frank’s puerile vim to persuade his daughter to delay her studies for a year so that they can embark on this musical adventure. 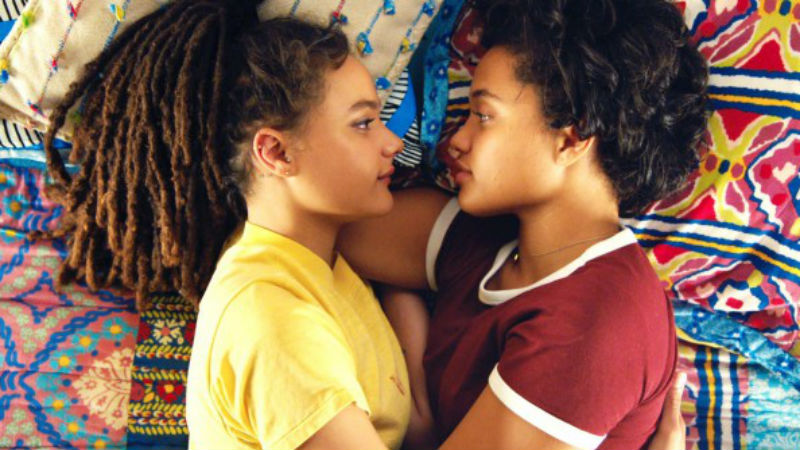 Hearts Beat Loud is feelgood American indie that also looks a lot like an extended music video with loads of jamming and behind-the-scenes. It ticks the boxes of diversity: Sam is mixed raced and also in a same-sex relationship with Rose (Sasha Lane, a young and talented Afro-American actress who you will see in yet another Lesbian role in Desiree Akhavan’s The Miseducation of Cameron Post, out in just a few weeks). It uses music and comedy devices in an attempt to come across as sweet and appealing to a liberal audience as broad as possible. But it also feels a little contrived and formulaic in its attempt to please everyone.

The movie includes a few pearls of knowledge: “You don’t always get to do what you love, so you gotta learn to love what you do” and “Every song is a love song”. They are as flaky and airy as the emotions and lessons that the movie tries to convey. Still, this breezy film will likely touch your heart. Just don’t expect it to beat very loud!

Hearts Beat Loud is out in cinemas across the UK on Friday, August 3rd.