"Dirty gem"
Shy and reserved middle-aged Lesbian has to face a classist society after her partner is imprisoned and financial difficulties arise, in Paraguayan director's impressive first feature - now on Mubi

Chela and Chiquita are a middle-aged and wealthy Lesbian couple living in Asunción, the capital of Paraguay. Chiquita is cocky, moody and bossy, while Chela is quiet and reserved. They have been together for decades, and they suddenly are forced to part as Chiquita is imprisoned on fraud charges. Chela is left to fend for herself, having to earn money and find a new purpose in her life. This, of course, is no simple quest. 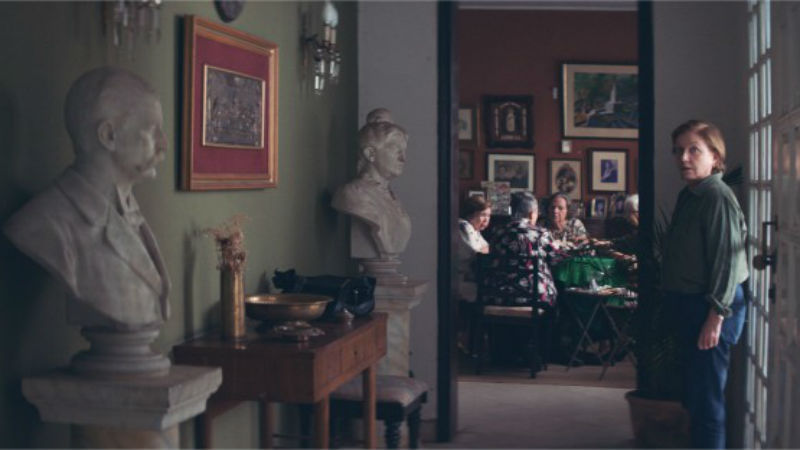 The film title refers to the fact that both Chela’s and Chiquita’s wealth is largely inherited. Chiquita has always been more pragmatic and in control of finances, while Chela spends most of her time secluded at home painting. She also sings and plays the piano, despite visibly lacking talent. The two ladies lead an aristocratic and sedentary lifestyle, indifferent to the impoverished society outside. They have a black maid who can’t read, and who they treat with a mixture of polite disdain and cordial arrogance. “We gotta buy this girl some deodorant”, Chiquita urges, letting the sheer racism/classism out of the cage. The maid is uniformed, almost invariably obscured in the background. The enslaver’s mentality prevails, as in many Latin American countries. The Brazilian movie The Second Mother (Anna Muylaert, 2016) provides good insight into the servile relationship of the upper class and their “domestic employees” in South America.

This is not a film about LGBT rights, which it could have easily done. Paraguay is one of the least developed countries in South America in terms of equality legislation, with LGBT people virtually devoid of legal protections. The words “homosexuality” and “Lesbian” are never uttered in the film. Chela and Chiquita are called “senorita” (“miss”). Yet none of this seems to concern them. They are far more preoccupied with their status and class privilege, plus keeping their lifestyle. 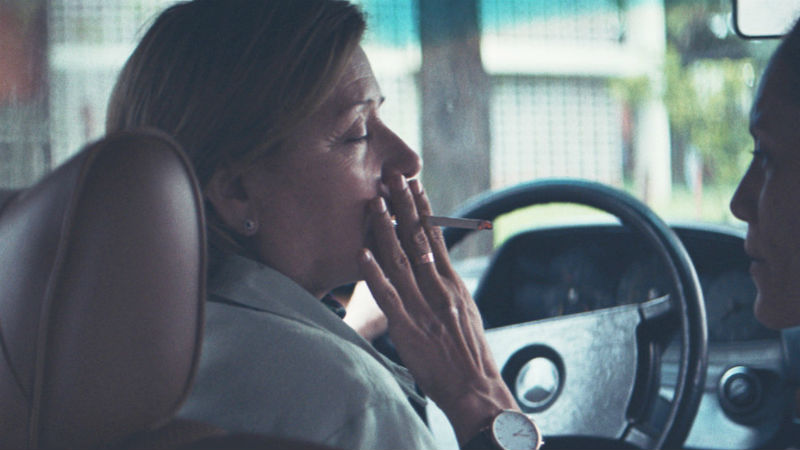 Selling their expensive heirloom seems like the easiest way of making money, but finding buyers isn’t always easy. Even rich ladies are unwilling to pay U$6,500 for a dining set and U$3,000 for a painting. Chela takes up a job as cab driver for a group of elderly ladies in order to improve the cashflow. She uses her old and run-down Mercedes Benz, the most symbolic element of the film. The haggard Chela hangs on to a decadent symbol of status while also seeking to make ends meet. She has to face the motorway for the first time, a very menacing prospect. She sits in her car and tries to merge with the incoming traffic, but it’s not entirely clear whether she succeeds.

While the strength and the length of the relationship of the two female protagonists is extremely liberating, everything else in The Heiresses is oppressive. Not just the lingering racism and classism. The camerawork is subtle, and lighting is scarce. The film aesthetics are Brechtian, yet the performances are low-key and naturalistic. The outcome is a poignant and humanistic portrait of two females in a very conservative society, which has both bestowed a certain class privilege upon them and then unexpectedly removed it. Overall, a very impressive feat for a first-time director.

The daily saga of domestic workers in Brazil is but an imitation of life [Read More...]