"Dirty gem"
Your daddy loves you!!! Sarcastic and dry French comedy about fathers and sons attempting to rekindle their bond through group therapy has quite a few dirty surprises in store - on all major VoD platforms on July 9th as part of Walk This Way

Being a good father to a son is not an easy task. And neither is being a good son to a father. The bizarre and grotesque societal connotations of masculinity will often stand on the way of what should be a beautiful and tender relationship. As a result, fatherly love is often murky, sons are traumatised and whole notion of affection is mired in mud. Thankfully someone in France invented a father-son bootcamp where the two generations can reconnect through group therapy and bizarre activities. Well, actually the outcome isn’t as rosy as many would hope! 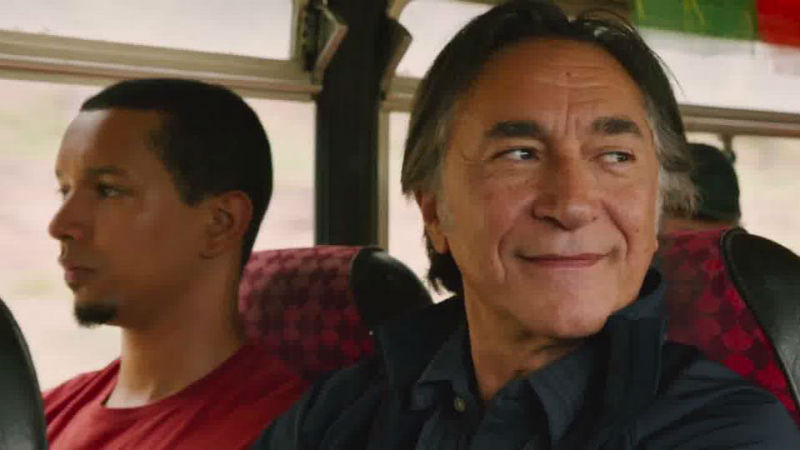 The plot of Father-Son Bootcamp is as twisted as the relationships it portrays. Jacques (Richard Berry) and his son Marc (Waly Dia) are police investigators seeking a a gangster called Claude Bracci. Jacques regrets that Marc – who happens to be black thanks to his mother’s genes – does not resemble him, and the two are constantly bickering. They join the bootcamp not because they are seeking to bury the hatchet, but instead because they want to get close to Bracci’s lawyer Charles (Jacques Gamblin), and obtain more information about the criminal. On the other hand, Charles is nin the therapy group for very genuine reasons: he wants communicate with his estranged son Fabrice (Baptiste Lorbel). He’s extremely violent and passionately hates his father. Top it all up with a very insecure female shrink, who’s in charge of the entire therapeutic experiment/adventure.

Participants are forbidden from using their mobile phones, as they seek to forge a very different “connection” with those who they’re supposed to love. Father-Son Therapy finds humour in very strange situations. The father-son mud-wrestling will elicit some awkward laughter. Likewise the image of a father trying to bond with his grown-up son through breastfeeding. And a joke about the amount of sushi consumed being the ultimate gaydar (the more fish and rice you eat, the gayer you are). But Father-Son Therapy is not set out to be a comedy. Instead, it’s a film intended to challenge our shallow and orthodox notions of virility. It’s intended to make us feel uncomfortable about our notions of masculinity. And it does it extremely well. 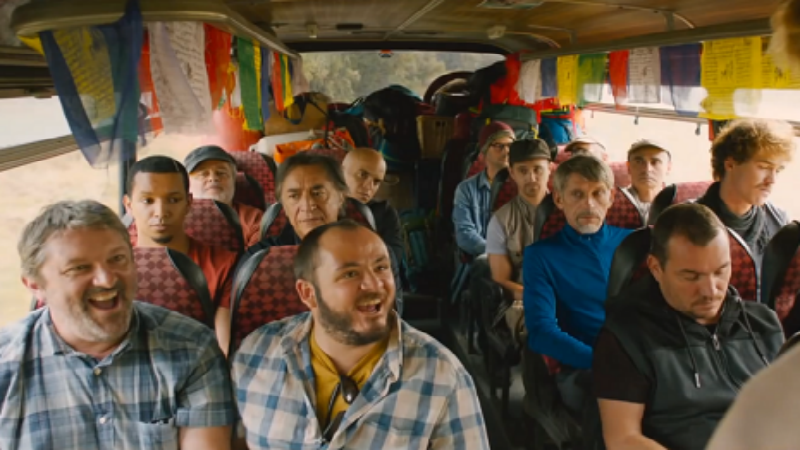 Halfway through the therapy, it becomes clear that very little is being achieved. Instead of love and tenderness, the males dsiplay mostly callousness and competitiveness. Some decide to stay not because they want to achieve reconciliation but because they cause further inflammation, and to humiliate their own “bloodsake”. At one point, the participants are asked to pick an object to represent their father/son. Fabrice chooses a turd to symbolise Charles. He explains that the little M&M-looking bits in the faeces represent the drugs that Charles takes. Not quite a beautiful moment of compromise and harmony.

Ultimately, Father-Son Bootcamp is anything but therapy for fathers and sons. It’s a dirty and caustic reminder of the our restrictive masculinity requirements, which often prevents males from communications with each other and displaying affection. Surprisingly, some sort of redemption is achieved in the end of the film, if in a very dark and twisted way. A happy ending, in very dirty European fashion.

Father-Son Bootcamp is out on all major VoD platforms on Monday, July 9th, as part of Walk This Way. Click here in order to view it in the UK, or here for information about how to view it in other countries.