"Dirty gem"
First time lucky? Benson & Moorhead’s ultra-low budget debut feature both anticipates and ties in with THE ENDLESS – out now as a second disc on the Blu-ray & DVD of The Endless

Michael (Peter Cilella) drops in on his old friend Chris (Vinny Curran) who has become a crack addict and is living in an abandoned house in the middle of some scrub wasteland. Chris thinks Mike wants to join him but Mike has another idea in mind. He wants to force Chris to go cold turkey so he cuffs his friend to some wall piping and gets rid of the drug.

Now the long wait beings. And a series of messages recorded on all manner of media begin arriving: an LP, a VHS videotape, wall carvings and more. Someone – or something – is recording them. But who. Or what? And why?

Resolution is the auspicious debut feature of independents Benson & Moorhead who went on to make Spring (2014) and The Endless (2017). Boasting a wickedly clever script by Benson and shot by Moorhead, it’s not only a textbook example of how to make a low budget feature and launch a film career but also a terrific and dirty little movie.

It’s basically a two-hander – two people alone in and around a room together. Other characters appear intermittently – two addicts at the door who want to buy from their dealer Chris, the Red Indian owner of the house who understandably wants them gone, three whiter than white shirted religious types (Justin Benson, Aaron Moorhead and producer David Lawson Jr.) and a few others. There are also a few locations outside the house. A character called Shitty Carl gets mentioned in a line of dialogue.

If you’ve been lucky enough to have seen the duo’s recent The Endless, you’ll immediately recognise the two main characters from one of that film’s subplots. Both films are self-contained, yet they very cleverly link up. Whichever way round you see them, you’ll make the connections when you see the second film and go back to thinking about the first. 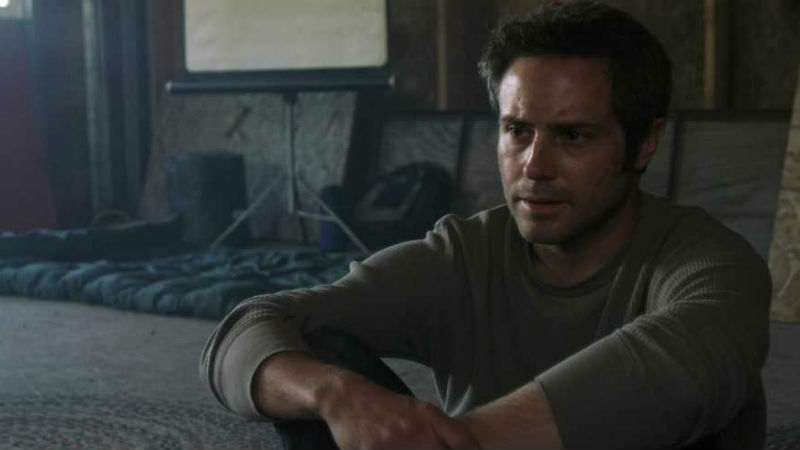 As a Blu-ray and DVD release, Resolution includes a massive amount of extras, among them a deleted scene taken out because it didn’t really add anything – watching that scene you’re likely to agree. The real treat, though, is having Resolution on a two-disc set alongside an equally extras-laden disc of The Endless, the film to which it’s a welcome precursor. Resolution may not quite as good as that, but for a first feature it’s still pretty impressive.

Resolution constitutes the second disc in the UK Blu-ray and DVD releases of The Endless, out now. Watch the film trailer below:

Second time lucky? Two brothers who escaped from a strange desert cult decide to go back for a second look, which may prove to be their undoing – in cinemas & digital HD on Friday, June 29th and on Blu-ray & DVD from Monday, 2nd July [Read More...]