The tale of accidental “parenthood” (or, more broadly speaking, of the awkward and unexpected bonding of a child and an adult) is no big novelty. They includes classics such as Central Station (Walter Salles, 1997), Son of Saul (Laszlo Nemes, 2015) and also the more mainstream About a Boy (Chris and Paul Weitz). Ideal Home is a welcome addition to the list, providing a very gay and Camp touch to the subgenre.

Erasmus (Steve Coogan) and his partner Paul (a heavily bearded and mega cuddly version of Paul Rudd) lead a mostly pedestrian life, and bickering seems to be their biggest source of entertainment. Erasmus is an accomplished and respected TV boss, while Paul is some sort of younger househusband. One day, the 10-year-old grandson that Erasmus never knew he had shows up for dinner, and he has nowhere to go. That’s because his father, Erasmus’s estranged son, has been arrested on domestic violence charges. The two men are forced to look after the child (Jack Gore), who refuses to reveal his own name. 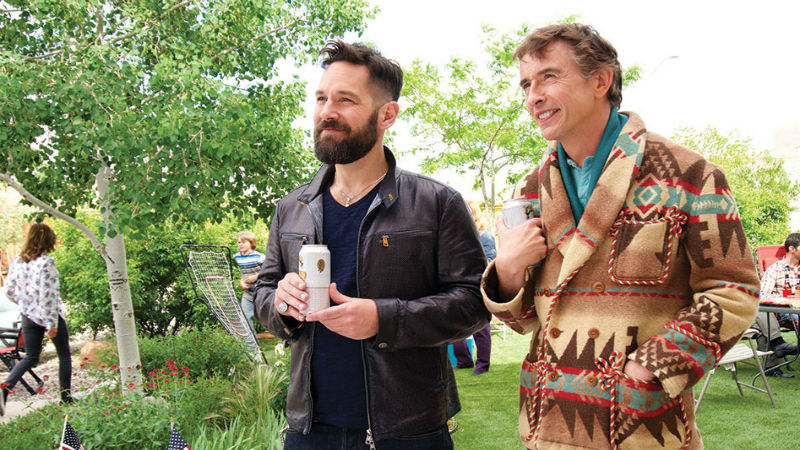 The acerbic and bitchy jokes provide the final touch to the comedy. The poster reads “These dads suck”, hinting at the sexual nature of the film’s humour. Erasmus and Paul mistake a banner that reads “felting” for “felching” upon a visit to Bill’s school. Pearls of wisdom include “everything is temporary, except herpes” and “a baby goat won’t visit you when you are old” (while pondering about the differences between parenthood and adopting a pet).

Paul is the first one to bond with the child. That’s because Erasmus is mostly busy at work and he’s left with most parental duties, including driving Bill to school and also picking him up. One day, Bill is nearly run over by a car, triggering a panic attack in Paul. He’s clearly emotionally attached to the child, and he’s also very insecure about his parenting skills. 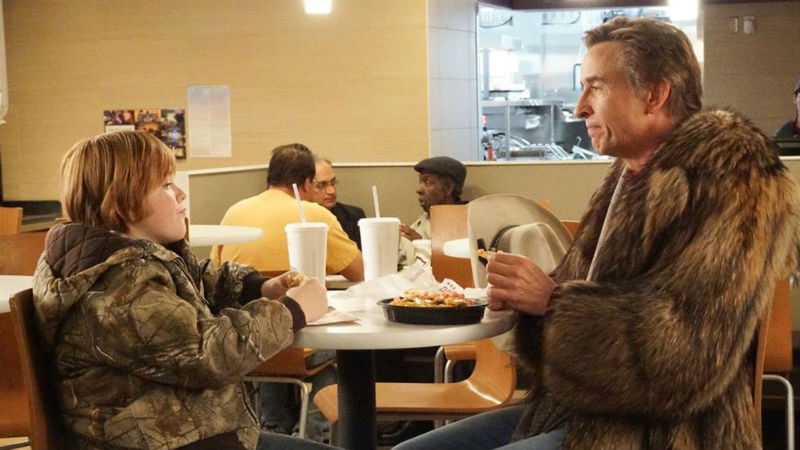 Ideal Home successfully blends the thorny topics of domestic abuse, mental health issues and drug-taking with fatherhood and infancy, and it also extracts some humour from them. All the ingredients of a conventional romcom are there: the troubled romance, the humour and the upbeat/mawkish soundtrack. (with C+C Misc Factory’s Gonna Make You Sweat playing over and over).

The problem with Ideal Home is that – unlike the jokes – the dramatic element is only partly effective. This is for a number of reasons. Firstly, the chemistry between the two adults and the child actor isn’t entirely convincing. Secondly, some of the topics are not examined in too much depth, such as Paul’s mental health issues. The ending feels a little stale and unexciting. But do stay for the final credits, when images of real homossexual families with children are shown – perhaps the most engrossing part of the film.

This is an extremely personal film, which was in the making for 10 years. It is based on the experiences of the director Andrew Fleming. Like the film protagonist, the helmer is gay and works mostly on television. Far more significantly, he has helped to bring up the child of his partner of 23 years.

Ideal Home is out in cinemas across the UK on Friday, July 6th, and then on VoD the following Monday.