"Greasy movie"
The waves rule Britannia! The real story of British sailor Donald Crowhurst, who wanted to complete a round-the-world voyage on his own vessel but lost the battle to the seas, is the subject of film starring Colin Firth and Rachel Weisz - on DVD, BD and digital download June 4th

The true story of amateur sailor Donald Crowhurst is indeed fascinating, and the subject of The Mercy. He attempted to complete the Sunday Times Golden Globe Race in 1968 to disastrous results. He constructed his very own boat, a 40-foot trimaran named Teignmouth Electron, in reference to the seaside town where he lived with his wife Clare and four children in Devon. Unfortunately, his watercraft wasn’t entirely fit-for-purpose, and Donald didn’t have the amount of experience required for such dangerous endeavour. His motivation was a cash prize, which would aid his ailing business and family. 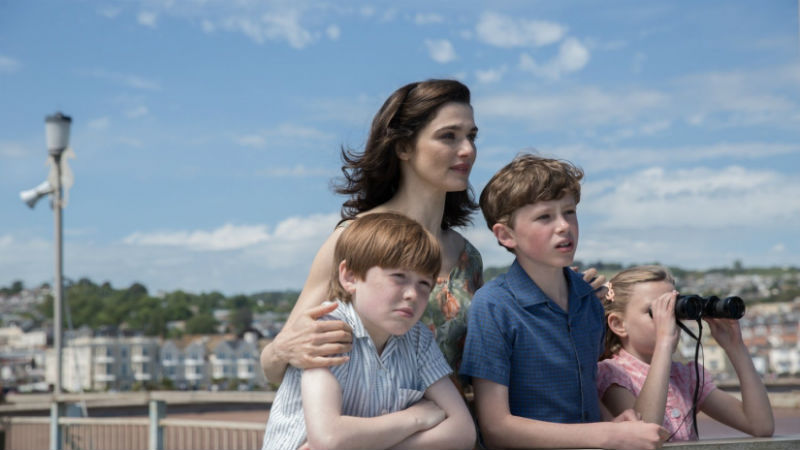 This is a complex and intriguing film about the duel between human resilience and fallibility, between cowardice and braveness. Donald Crowhurst (played by Colin Firth) never accepted giving up as an option, instead resorting to lying. He departed on the last day allowed by the rules, October 31st, meaning that the preparations were rushed and unfinished. He immediately encountered technical issues with the sailing equipment and his lack of open-ocean sailing skills became too apparent. Crowhurst provided deliberately ambiguous reports of his location, raising false hopes for victory back in England, where Clare (Rachel Weisz) and his children awaited anxiously his return, with a wet hanky in hand et al. The media transformed him in some sort of national hero, unbeknownst to them that the coordinates provided were entirely false.

Crowhurst eventually shut down his communications with the intention of loitering in the South Atlantic for several months while his competitors continued their journey past the Cape of Good Hope and around the world. He planned to falsify his navigation logs in order to pretend that he too had engaged in the ambitious quest of sailing across the globe. He then realised that his mammoth task was unachievable, and so he lost his grip on sanity. Death became inevitable. Crowhurst ended radio transmission on June 29th, and his boat was found adrift and unoccupied two weeks later in the North Atlantic. It’s not clear whether Crowhurst slipped into the sea or committed suicide. 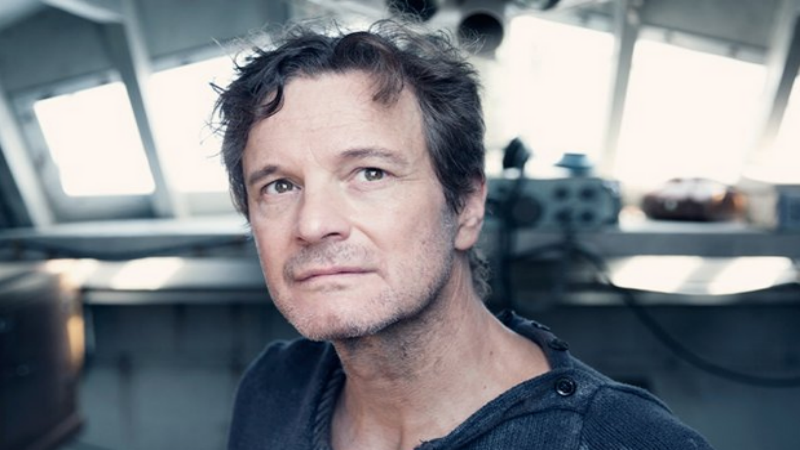 Ultimately, this is a film about masculinity, in a world where men are discouraged from recognising defeat. Firth does a good job is his delivery of the inept sailor and troubled male. But nothing beyond that. He’s neither passionate nor electrifying. And the chemistry with Weisz is lukewarm, at best. The film tries to be a little Tarkovsky’s Solaris (1972), with a sense of isolation that morphs into self-delusion and hallucinations (Crowhurst even talks to an apparition of his wife, just like in the Russian movie). There’s also a touch of Polanski’s first feature Knife in the Water (1962) – the difference is that Crowhurst grapples with his imaginary demons, while the characters of the Polish film fight with very real people. But The Mercy has neither the hypnotic photography of Solaris and nor the pervasive tension of Knife in the Water.

The Mercy is out in cinemas across the UK on Friday, February 9th. It’s out on DVD, BD and digital download on Monday, June 4th.