"Filthy genius movie"
Second time lucky? Two brothers who escaped from a strange desert cult decide to go back for a second look, which may prove to be their undoing – in cinemas & digital HD on Friday, June 29th and on Blu-ray & DVD from Monday, 2nd July

The third film from independent US directors Benson & Moorhead following Resolution (2012) and Spring (2014) sees them cast themselves as characters with their own first names. Here, Justin and Aaron are brothers whose lives seem to have lost direction since they escaped to LA from an isolated cult out in the desert some years ago. Specifically, Justin pulled the pair out of there when he became convinced that the cult members were about to enact a mass suicide. However, Aaron is not convinced that Justin’s suspicions were correct.

These tensions surface with the arrival through the post of an old videotape from the cult which suggests its members are still very much alive. Aaron has fond memories of great cooking and a family of sorts so wants to go back and visit; Justin hesitantly agrees provided they stay one night only and then leave. But once they’re there, Aaron doesn’t want to leave and one night becomes two and then more. The people at the camp seem outwardly friendly but there are some very odd occurrences. Things are clearly not what they at first seem. 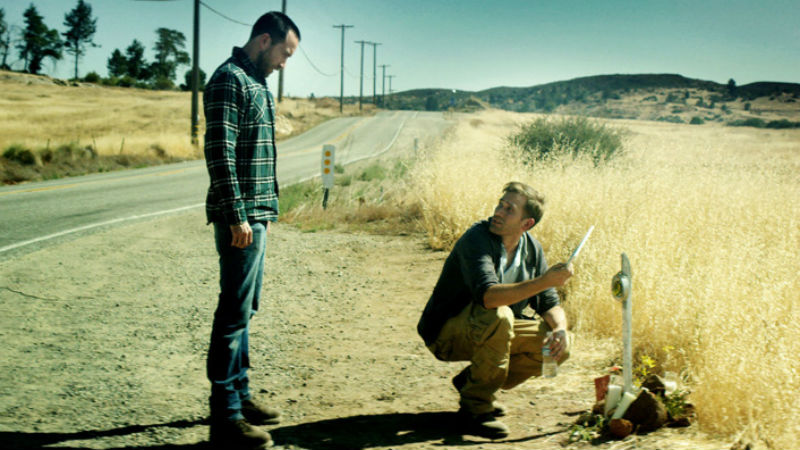 Benson & Moorhead’s new – for want of a better term – fantasy thriller is likely to be among the most enthralling movies of its kind you’ll see all year. While the two brothers themselves are compelling onscreen characters, so too are the assorted cult members such as benevolent and beatific leader Hal (Tate Ellington) and Anna, the girl Justin fancies (Callie Hernandez from Ridley Scott’s Alien: Covenant and Damien Chazelle’s La La Land, both from last year). Then there are people living in the nearby desert scrubland who may or may not be part of the cult such as Shitty Carl (James Jordan).

Serial messages keep cropping up on a range of media – videotape, cans of film and more – seemingly sent from somewhere inside the camp. Indeed, enough of these have already turned up that there’s a literal shedful of them on the premises.

Add to that a mysterious tug of war where contestants at one end pull on a rope which ascends into the night sky at the other and other seemingly inexplicable scenarios like a man trying to set fire to his own house and you have a real brain teaser of a movie. 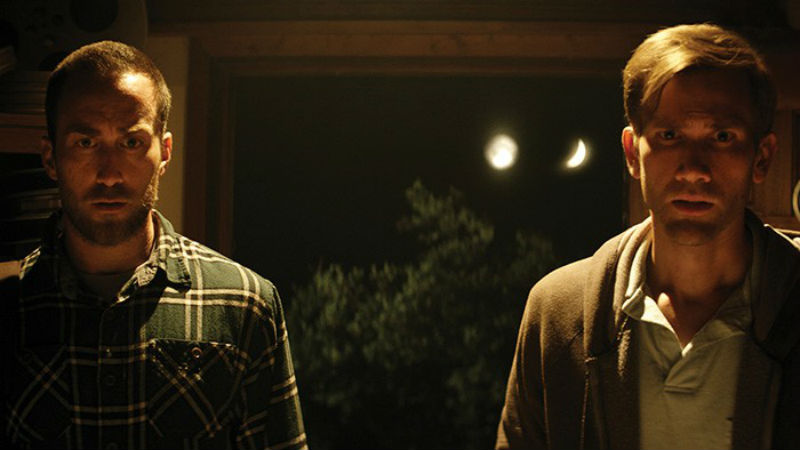 And that’s the great thing about The Endless: it plays with your head, an act it pulls off seemingly effortlessly, and in a very dirty way. Where it employs special effects, it does so both sparingly and highly effectively. You’ll come out pondering its peculiar network of relationships, asking yourself what you just saw and wanting to go back in and see it again in order to work out exactly what it was you saw.

Numerous big budget movies with high profile ads make want to see them then turn out not to deliver on their promise. The Endless is the other way round. Don’t expect a massive advertising campaign, just make the effort to seek it out on the big screen while it’s there. If you like your cinema dirty, you won’t be disappointed.

The Endless is out in the UK in cinemas and digital HD on Friday, June 29th. Watch the film trailer below: