"Dirty gem"
Stephen Frears once again offers you the opportunity to look at a British monarch in the eyes, and what you will see is refreshingly human and candid - on Netflix on Sunday, January 1st; also available on other platforms

Humanising a character sounds almost like a redundancy, after all we are all human beings. All seven billion of us even. Yet when it comes to a British monarch, humanisation does not happen by default. A British monarch is unelected, above the law and protocol mandates that poor mortals like you and me should not even to touch their body. Plus, they are the head of the Church of England, bestowing upon them some divine-like quality. The biggest achievement of Stephen Frears’s Victoria & Abdul is to humanise a borderline godlike figurehead like Queen Victoria, and in a very credible way.

Stephen Frears is in his comfort zone. Here he blends message of tolerance from from My Beautiful Laundrette (1985) and Dirty Pretty Things (2002) with the regal country seen in The Queen (2006).

The film opens up with a cheeky “based on real events… mostly“, giving away the film’s poetical licence straight away. No one knows how much of that really happened and how much was concocted by Stephen Frears. And that’s ok because he’s not purporting to rewrite history. Instead, he intends to convey a message of kindness and racial tolerance, devoid of imperialistic undertones. To boot, he does not celebrate a belligerent British establishment like other films such as this one do. Frears is not nostalgic of imperialism. Instead, Abdul’s father cries out loud: “take your British Empire and stick it up your stinky bottoms”. 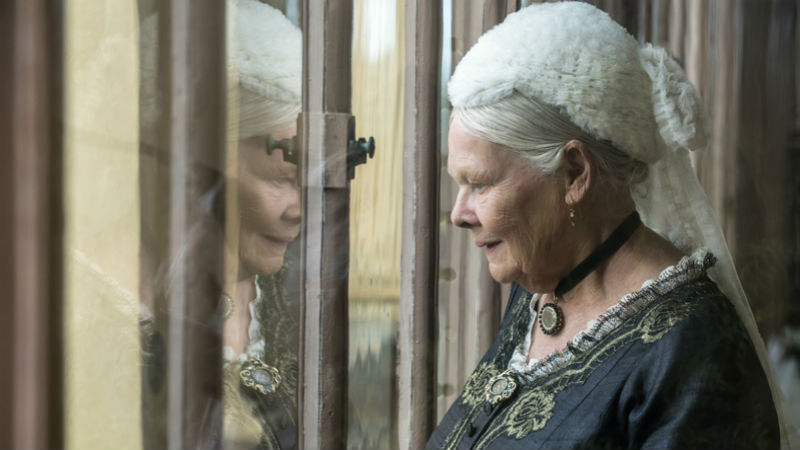 The movie tells the story of the deeply affectionate relationship between Queen Victoria (with the usually impeccable performance by Dame Judi Dench, a film royalty herself) and her Indian spiritual guide (munshi) Abdul Karim (Ali Fazal). They first met as Abdul travelled to the UK in order to hand a present to Her Majesty, who was also the Empress of India at the time. He broke protocol by making eye contact, and Queen Victoria immediately became very fond of the tall and attractive young man. By the way: protocol has since been relaxed and if you ever meet Queen Elizabeth it’s deemed as acceptable to make eye contact – phew!!!.

Abdul first arrived in the UK in 1887 and remained extremely close to the Queen until her death in the turn of the century. His mere presence was a transgression in so many levels. Firstly, he was a commoner (which is only revealed at a later stage to the Queen, who initially believed that he came from a noble background). Secondly, he was a Muslim (at first, the Queen believed that Muslims were very sympathetic to the British Empire, and she was horrified to find out that a fatwa for her very own head had been issued). Thirdly, and far more seriously: he was BROWN. To the dismay of her eldest son Bertie (who later became King Edward VII) and her entire court, whom Queen Victoria described as “racialists”.

Queen Victoria is the least formal person in Buckingham Palace, it’s soon clear. She eats with her hands, sleeps halfway through official ceremonies. She is also very uneducated, with a very limited knowledge of British history (she knew almost nothing about the Indian Mutiny of 1857-58). And now, to top it all up, she has an brown spiritual guide by her side almost full time, who is also teaching her the exotic Urdu language and manuscripts. In many ways, this Queen Victoria is the antithesis of what a British monarch should be. And it’s very touching to see her behaving so humanly. After all, British monarchs are not meant to behave like normal human beings. 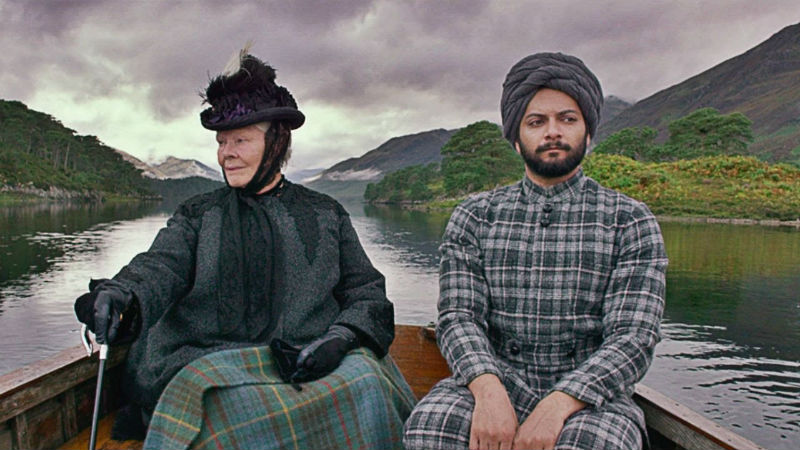 Victoria and Abdul is also a very funny and witty film, with plenty of subtle comments on tolerance (or rather on the British inability to embrace it at the time). The court’s reaction to Abdul’s burka-clad wife and mother-in-law arriving in the UK are particularly amusing and symbolic of such failure (to embrace tolerance). And the moment Victoria asks his wife to remove the burka only to reveal a chubby and good-looking woman with a coy smile and beautiful ornaments (including a nose ring) debunks myths surrounding the controversial garment.

Judi Dench’s performance combined with excellent make-up also help to make this a very effective film. We see an increasingly frail and vulnerable human succumbing to senescence. Queen Victoria regrets her longevity, which she perceives as a curse. I wonder whether Queen Elizabeth feels the same.

Victoria and Abdul is out in cinemas across the UK on Friday, September 15th. Not to be missed by both monarchists and republicans alike (I belong to the latter category). On Netflix on January 21st, 2023. Also available on other platforms.