"Mostly clean movie"
What happens when a humanoid outsmarts its creators? British sci-fi has good performances, but doesn't add much to the sci-fi genre - available for digital download on July 9th and on DVD on July 16th

In an austere 2069, a devastated humanity seeks shelter from chemical Armageddon, where the air is breathable, the civilians survive in dire conditions, starving and pushed into slave labour. Dr. Eve Gabriel (Olivia Grant) dedicate all resources to the construction of Abel, a humanoid lifeform, and mankind’s last hope, though this too has unfortunate consequences. Then the robot develops thought and superiority to the creators who once designed it. The problem is Genesis lacks any visual style that differs it from a legion of other sci-fi knockoffs. It looks second rate and the plot is third rate with some excruciating exposition standing as snappy dialogue. 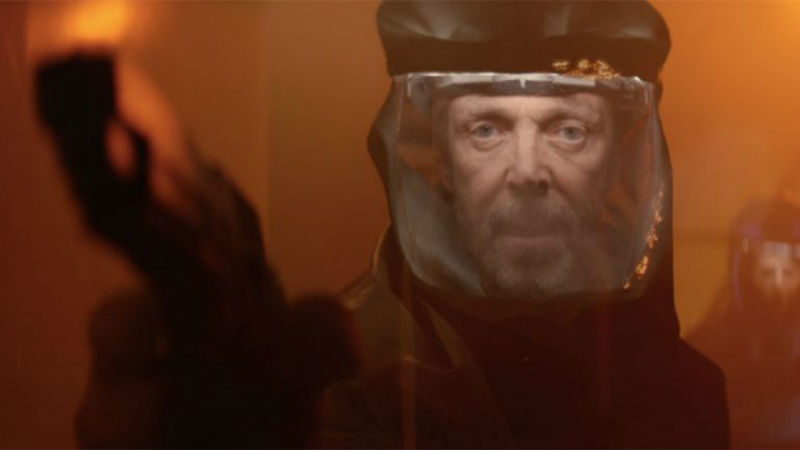 The film, however, is led by two magnetic leads; the ever reliable and handsome John Hannah is on top form, while Chike Okonkwo is steely and magnetic. Olivia Grant is, sadly, lumped with a colourless part which requires her to sound intelligent and do very little to advance the plot. It’s an unfortunate trope seen again and again in sci-fi cinema. Okonkwo has many of the best lines, stating that humanity does nothing but destroy – so why save it? His character, Abel, is tasked with collecting food supplies for Eden, but develops his own ideas very quickly. There are hints of nihilism here, that are ruined by visual panderings to laser beams and minor explosions, rendering a potential Beckettian space adventure redundant. Hannah too brittles with heroics, standing up to the threat of humanoid eradication with bristle and panache.

The film’s low budget is painfully evident in every action set piece presented, shot with ham-fisted camera pandering. What work much better are the interior scenes, where bunkered and starving for air, Hannah and Ed Stoppard can show their acting chops. But again, where can these thespians really prove their abilities when there are cheap looking space crafts to mount? 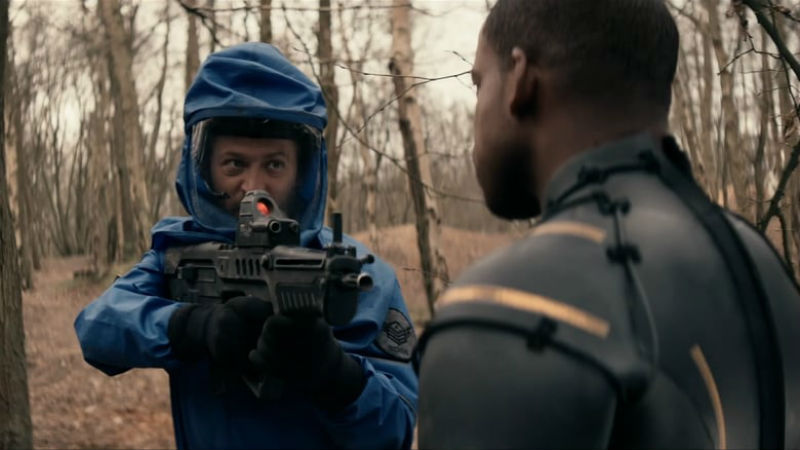 Ultimately, Genesis wastes an opportunity to film a nauseating and claustrophobic apocalyptic annihilation. Hannah and Okonkwo are strong, but the material is too poor for them to truly stretch the scales we know they can truly aspire to be.

Genesis is available for digital download on July 9th and on DVD on July 16th.