"Greasy movie"
Marketed as "the world's first selfie movie", could this innovative and low budget British film be the 21st century's answer to Lars von Trier's and Thomas Vinterberg's Dogme 95? In cinemas Friday

This autumn looks set to be a tale of two vaginas. In The Double Lover (2017), François Ozon flashes his trademark cheek with an opening visual gynaecological gag. #Starvecrow – the first offering from the newly-formed HYPEREAL collective – also opens with a vagina. But this British feature film steers well clear of any Gallic wit. Instead, we’re presented with a bloodily real childbirth that sets the tone for the brutally realist onslaught that follows. It’s not a film for the faint-hearted, nor is it one that avoids difficult topics such as incest and rape. However, its head-on handling of the haunting faux-happiness of a self-documenting millennial generation is chillingly well-executed, if occasionally contrived.

HYPEREAL aims to eschew traditional big-budget studio filmmaking. The movement encourages actors to film each other using that ubiquitous 21st century essential – the smartphone. Films are script-less and rely on small mood prompts, alongside the actors’ own improvisational ingenuity. Where relevant, actors might contribute with their own existing mobile phone footage. Importantly, there’s no post-production. The original low-fi quality is maintained and the production team work on cutting together a coherent narrative. In the case of #Starvecrow, this entailed an initial 69 hours becoming a screen-friendly 84 minutes. If Lars von Trier and Thomas Vinterberg had been born in the UK during the late eighties, this may well have been their jam. This may have been British Dogme 17. 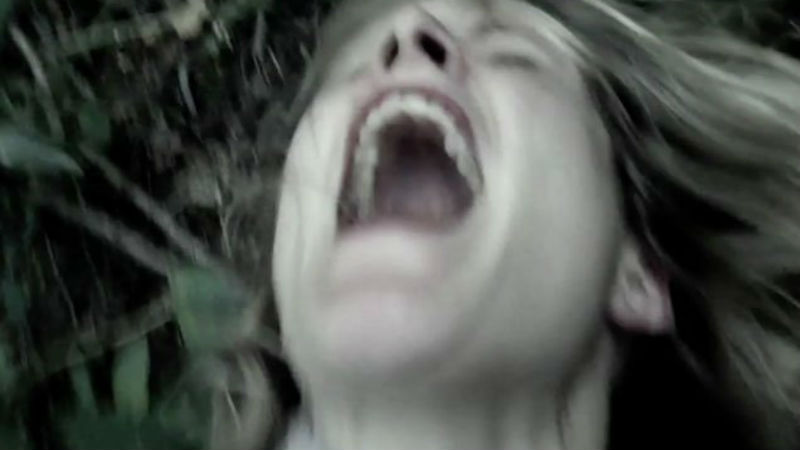 The result is a surprisingly tight story that digs underneath the sanitised social media veneer of a group of 20-somethings and steers us through their psychologically shocking secrets. The plot is instigated by the relationship between Ben, a controlling man who records almost all of his daily interactions, and Jess, a seemingly troubled woman who has recently returned from a stint of rehab in the US. The two clearly have a deep connection, but after Jess neglects to invite Ben to a weekend house party in the woods, he obsessively hacks CCTV and mobile phones so that he can keep an eye on Jess. In doing so, he captures the everyday boozy banter of a close-knit circle of friends, as well as their more private moments. This has echoes of the darker episodes of UK television series Skins, with an occasional The Blair Witch Project (Eduardo Sánchez/ Daniel Myrick, 1999) reference thrown about in homage to its handheld lineage.

The acting here is top-notch and entirely relatable for a UK-born millennial. In place of Judd Apatow-esque goofy back-slapping improvised inertia, the cast are convincingly naturalistic and interact with acute authenticity. The subject matter is also painfully timely. We live in an era of rapid technological expansion, as anyone with an internet connection and access to YouTube can vouch. This is slowly encouraging many generations to document their every move, clinging on to the hope of a Facebook like or a Snapchat follow. Concurrently, we are creating an absurdly encompassing panoptican that appears to modify our behaviour in increasingly narcissistic ways. This social critique is compellingly manifested in #Starvecrow’s depiction of the fine line between the fictional façade of fun and the repressed reality of trauma. 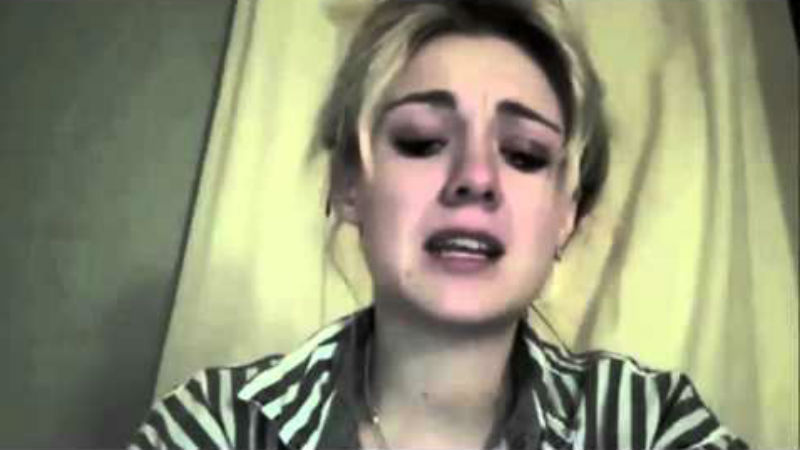 At times, the protagonists’ relentless recording of every waking moment can come across unrealistically. It seems unlikely that young people sit at pubs filming their mundane hungover chatter, just as it seems bizarre that an individual would film themselves committing a sexual offence. Likewise, the insertion of a Jungian therapist through which the plot is primarily relayed sometimes makes for contrived, didactic storytelling. It also opens up an intriguing unreliable dream narrator, but doesn’t entirely deliver on this idea. A more polished version of the story can perhaps be found in the Netflix series Black Mirror, episode “The Entire History of You”. Nonetheless, the HYPEREAL medium of delivery is genuinely novel and engaging.

HYPEREAL is an exciting concept, one that aims to democratise filmmaking and make it more relevant and financially accessible for a millennial generation. #Starvecrow is a promising debut from the movement, but can lack coherency as the film approaches its gut-wrenching end. This is a film collective with dirty ambitions – future releases will prove how real the hype is.

#Starvecrow is out in UK cinemas on Friday, November 24th.

Is it possible to bring a fresh twist on the well-worn found footage genre? 'The Darkest Dawn' is both entertainment and technically accomplished, but the script has too many loose ends - out in cinemas in January [Read More...]