"Dirty gem"
Nearly 60 years after its independence, the Democratic Republic of the Congo, is still grappling with the most basic foundations of democracy, particularly on the Eastern border with Rwanda - doc is in cinemas Friday, May 25th

When the Democratic Republic of the Congo (Congo-Kinshasa, formerly known as Zaire) became independent from Belgium in 1960, the future looked bright. The country would finally have control over its territory, particularly over the sale of minerals, which are so abundant in the dense rainforest near Goma (in the Eastern part of the country, near Rwanda and Uganda). People had a lot of faith in Patrice Lumumba, the independence leader who served as the first Prime Minister of the country. Until Patrice was killed. Former colonisers Belgium and the US (who feared Lumumba had “communist” tendencies) were behind the assassination.

This is just the first of the many tribulations of this big country (three times the size of Texas) and illiberal democracy. Soon after, the country was be under the military dictatorship of Mobutu Sese Seko, who ruled the country for 32 years with an iron hand until his death in 1997. The country has been governed by Joseph Kabila since 2001. Elections and change of government remain highly elusive concepts in a highly fractured country with more than 450 tribes and numerous rebel groups. All of these tribes are represented in Goma, and the thick vegetation makes for the perfect hide-out for rebel groups, we are told. 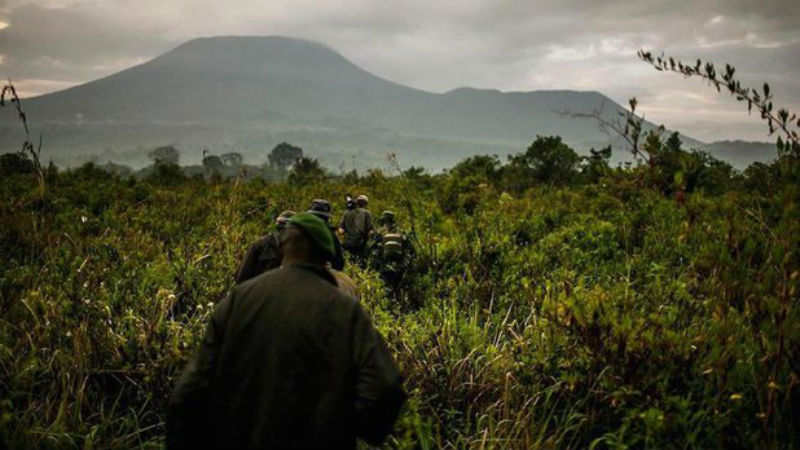 This is Congo opens with the verdant and idyllic hills of Eastern Congo, teeming with colour and life. We are told: “growing up in Congo, according to God’s will, is growing up in paradise”. Then we immediately learn about the ugly and far more realistic side: “according to man’s will, growing up in Congo is growing up in misery”. Impoverished people and weapons steps into the frame. A war tank fires missiles. The noise of the artillery becomes unbearable. People run, cover their ears, jump on the ground. It looks like God God has failed Congo, which has been relegated to human beings with a very dubious agenda.

Helmer Daniel McCabe, who’s on his first feature film, interviews people from the National Army and he also has access to rebel groups, particularly the M23 (which temporarily occupied Goma three years ago). A voice-over of the adulterated voice of an army colonel explains that peace is highly volatile in Congo, a country that has seen continuous conflict for several decades. We also learn that the Army and the rebel groups have a volatile relation: they routinely trade members (even high-ranking officers) amongst themselves.

Coronel Mamadou is far less shy. He’s happy to reveal his real name, face and voice. He’s adamant that the Army should remain loyal to Kabila. He even sounds sycophantic. He justifies his attitude: “we must defend our territory at all costs”. The political landscape of Congo is extremely confusing, with rebel groups promising democracy and liberation, but mostly delivering terror. Mamadou, with the support of the UN, succeeds to liberate Goma from the M23, and he is welcomed by ecstatic crowds. But is patriotism indeed the answer to Congo’s problem? 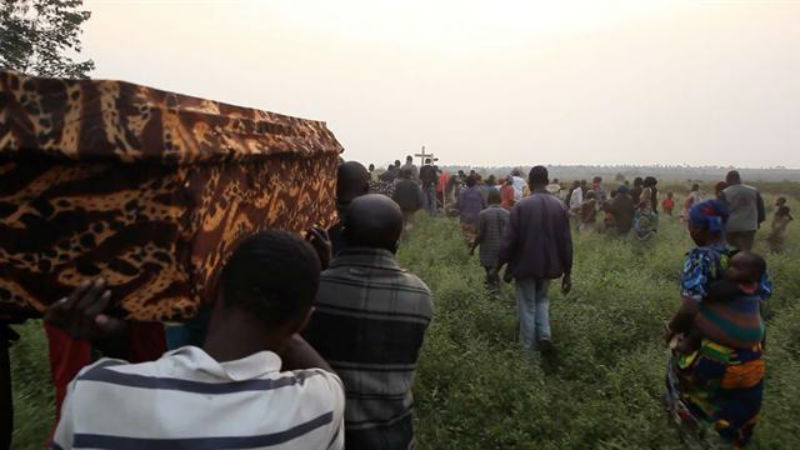 Colonialism is the root of all problems in Congo, it seems. Firstly, it was the Belgians who instilled a sense of patriotism in the Congolese people, and this now seems to justify the worst atrocities. Patriotism is deceitful. The film also reveals that the colonisers were responsible for creating a sense of “tribal hierarchy”. We hear an old radio extract explain that the Tutsi are racially superior. The Tutsi were the people massacred in the neighbouring Rwanda in 1994, when millions crossed the border into Congo (in what is described as the largest forced displacement in the recent history of Africa). The Rwandan Tutsis are accused of backing and arming the rebel groups in Congo.

No solution is straightforward in the second largest country of Africa, and the future does not look bright. A voice-over suggests that the country needs a change of narrative. But what narrative is that? No one seems to know.

This is Congo is out in cinemas across the UK on Friday, May 25th.