"Greasy movie"
Audacious doc registers the rebel struggle against the president of the Democratic Republic of Congo Joseph Kabila, who has been in power for 17 years and still refuses to budge - from Sheffield Doc Fest

Democracy is a rather elusive concept in countries used to political instability and illiberalism. This is particularly true of African nations that first became independent in the 20th century. And this is particularly true of the Democratic Republic of Congo (Congo-Kinshaha, the former Zaire). Technically a democracy, the current President Joseph Kabila simply refuses to budge. He keeps procrastinating and postponing elections by simply arguing that the country isn’t ready yet. And so the people have decided to rebel. 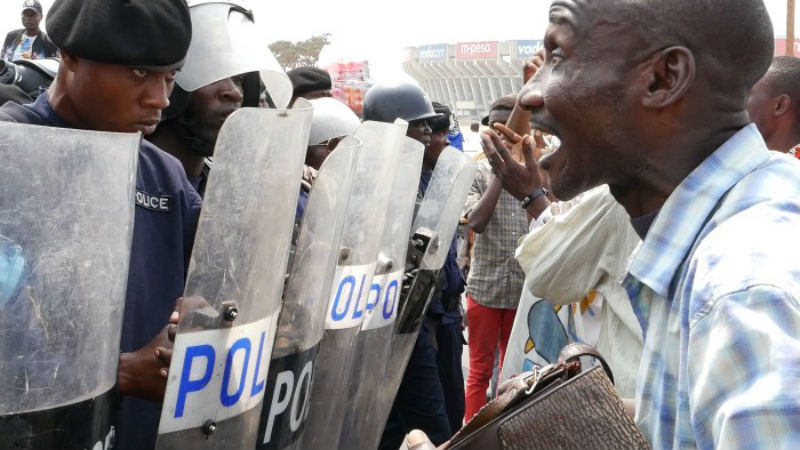 Jean Marie, Christian, Ben and a few others form a small cell aimed at instilling unrest in an attempt to force Kabila to call elections. They support the country’s leader of opposition and former Prime Minister Etienne Tshisekedi. Taking to their streets in their priority, where they will try to convert new recruits and confront the repressive police forces with their precarious weapons and Dieudo Hamadi’s camera (the director doesn’t claim to be part of the rebel movement, but he’s indeed very sympathetic, and there is little doubt that the film equipment is a a very powerful weapon).

The images of this extremely impoverished and civil war-ridden country are harrowing. The streets of Kinshasa are littered, and open sewers are a common feature. But it’s the sheer violence that’s most shocking. You will see a man being lynched, armed protesters arguing with the police and the inevitable aftermath: corpses of adults and children lying on the streets. You will also learn about the different types of tear gas, and how to protect yourself from such chemicals: use a plastic bottle cut in half as a mask and rub large chunks of butter around your eyes and your face (as pictured above). 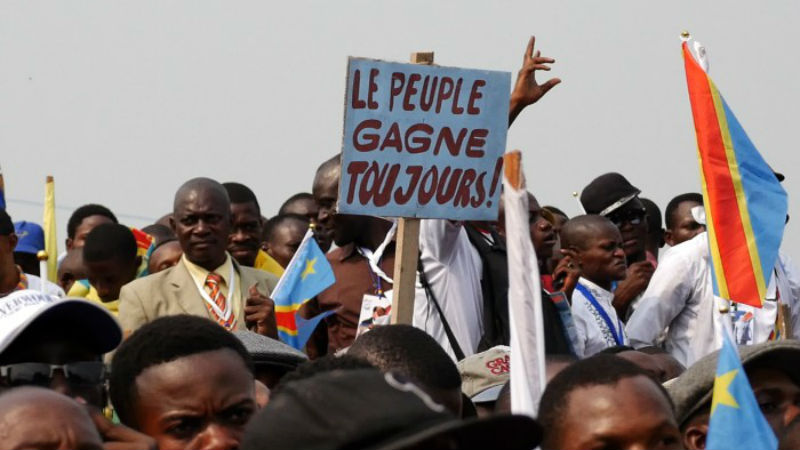 Tragically, Tshisekedi died while abroad in Brussels in February last year, leaving his supporters shocked and disorientated. Some of the men give up the struggle, one of them returns to exile abroad, and another one is arrested by the secret police. The history of the country is no less disastrous. Their independence leader Lumumba was assassinated decades earlier, and presidents have a history of clinging on to power for as long as possible since. Mobutu was in office for 32 years, while Kabila has already been in power for more than half of that (17 years).

The message at the end of the film is daunting. It’s unclear who will pick up the pieces of the rebel movement. The sense of dissatisfaction of longing for democracy, however, does not die out. It’s just a question of time before rebels begin to fight again.

Kinshasa Makambo showed in the Panorama section of the 68th Berlin International Film Festival in February, when this piece was originally written. It shows at the Sheffield Doc Fest in June.

Nearly 60 years after its independence, the Democratic Republic of the Congo, is still grappling with the most basic foundations of democracy, particularly on the Eastern border with Rwanda - doc is in cinemas Friday, May 25th [Read More...]