"Dirty gem"
Not as free as they seem! Countries around the globe appear to be shifting from Western-guided democracies into democratic illiberalism, in debut feature by Rupert Russell (son of the late Ken) - from the Amsterdam Documentary International Film Festival

A seemingly endless canopy of umbrellas. An edgy viral roast. Ryuichi Sakamoto. The Midwest automobile industry. An Arab rapper. Any idea what might connect these five disparate threads? Rupert Russell’s continent-hopping debut feature documentary provides a neat answer: freedom, or lack thereof. Rupert is the son of the late Ken Russell, the enfant terrible of British cinema, and Freedom For The Wolf is his debut feature.

Following in the frenetic footsteps of Gene Sharp and Paul Mason, Russell aims to offer a global analysis of the state of contemporary democracies. However, while the aforementioned luminaries have tended to examine revolution and any immediate shift to democracy, Freedom For The Wolf is in post-transition territory. More specifically, it dissects the politics of a number of countries that appear to be shifting from Western-guided democracies into democratic illiberalism. Thus we find out about “embracing democracy” in Hong Kong, “after the revolution” in Tunisia, “illiberal democracy”in India and “freedom for sale” in the US. This is a laudably varied mixture, although Central Europe’s proud illiberals and any representatives from South America are omitted. However, Russell dedicates enough time to each of these divergent regions that his analysis feels mostly reliable. 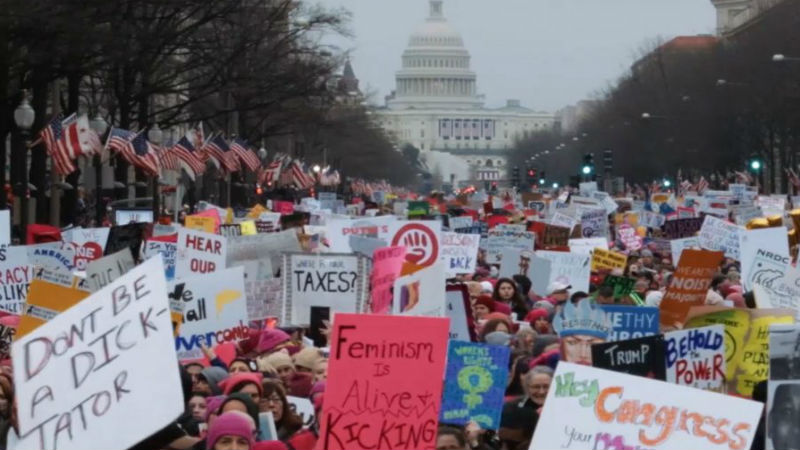 The validity of analysis is superb, with a wildly diverse selection of grassroots voices, academic opinions and political plurality. We hear from Hong Kong student activists, as well as pro-China and pro-democracy politicians. Tunisian rapper Klay BBJ and tortured blogger Jabuer Mejri share their experiences alongside humanitarian advocates and officials from the Muslim democratic Ennahdha party. Narendra Modi’s spokespeople offer their views, together with Hindu nationalist clerics and the young Indian sketch group All India Bakchod. Former American police chiefs, Black Lives Matter activists and Republican fundraisers all get airtime. The result is a rounded range of remarks with an all-important feeling that the creators are attempting to offset any biases.

Russell is lucky enough to have studied under the eminent cultural sociologist Orlando Patterson, whose economic critique is balanced by that stalwart of liberal democracy, Francis Fukuyama, among others. The primary theoretical thrust is that individuals in a liberal democracy are driven by their freedom to enjoy the consumerist carrot-and-stick of liberal economics. Take away the choice of 20 different carrot soups, and individuals will invoke illiberal forces at the ballot box, if it means that their economic fortunes might return.

Freedom for the Wolf’s analyses of the Tunisian and Indian situations are particularly impressive. Tunisia is regularly held up by Western nation states as the one successful democracy to emerge from the Arab Spring. Likewise, India has earned its own Western plaudits as the Global South’s largest democratic economy. As such, the inclusion of evidenced illiberalism in both of these states highlights a blind spot that may indeed hinder longstanding Western democracies’ abilities to keep their own liberalism in check. The documentary is at its dirty shocking best when the film crew are escorted by Indian police who jovially threaten them with after-hours drunken brutality. Nonetheless, Russell fails to mention subsequent democratic elections in Tunisia that have ousted the religious-conservative Ennahdha movement and replaced them with the centre-left secularists Nidaa Tounes. 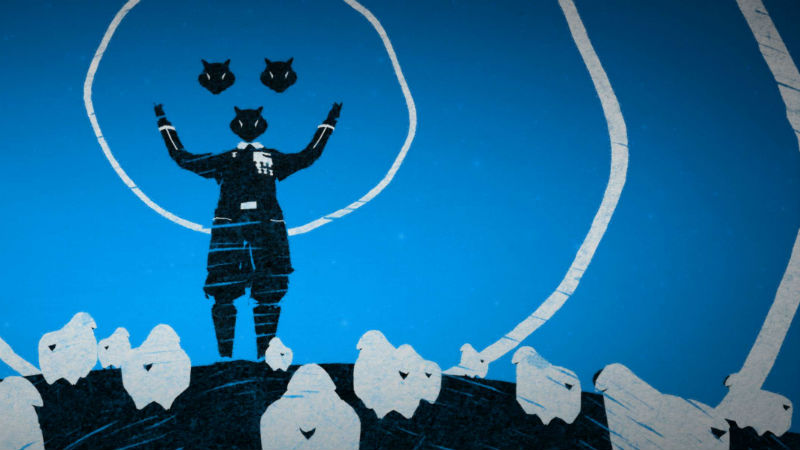 Somewhere in between Hindu riots and American institutional racism, the documentary takes a somewhat surprising trip. It’s full Footloose (Herbert Ross, 1984) mode, as we swing into Japan and its so-called No Dancing Law. This section sets out to elucidate the idea that ‘the personal is political’ and, at first glance, seems warranted. Dancing on a night out is a personal freedom taken for granted in many democracies, yet we hear a nightclub owner’s account of being arrested for allowing late-night Britpop grooving. Japan has some of the world’s lowest levels of income inequality, along with recent consistent GDP growth. As such, it seems like an exciting challenge to Russell’s thesis of economic uncertainty catalysing illiberal governance. Unfortunately, this part of the documentary is both the shortest and most under-developed. Its focal point is outdated, as the No Dancing Law was abolished a few years ago and was often flouted by residents and tourists. A more suitable case study may have been Sweden, which is often viewed as a well-functioning social democracy….but is in the midst of repealing its own ban on spontaneous dancing.

This documentary isn’t just a series of voices and footage though. Just before each country is introduced, an image from the previous frame is sketched out and quickly finds itself among animated wolf-faces and symbolic political acts. These animated interludes are entertaining enough and give the viewer a quick pause for reflection, breaking up what could otherwise be a full-on intellectual assault. It’s a nice touch from the Polish DARE studio and befitting of their Łódź animation heritage.

Russell’s first feature film is confidently ambitious in its vision. It doesn’t quite get down to the dirty nitty-gritty of making the promised over-arching connection between increasingly emergent global illiberal democracies. Indeed, it may have missed a trick in not acknowledging the role of internet technology in silencing free-speech and promoting illiberalism. Notwithstanding a couple of obsolete references, the smooth blend of talking heads, grassroots activists and witty animation makes for a gripping and thought-provoking watch.

Freedom For The Wolf shows at the International Documentary Film Festival taking place between November 15th and 26.