"Mostly clean movie"
Is there a beast inside of him? Drama investigates the blurry line between violence inside and outside the ring for an MMA fighter, awkwardly raising the question whether the sportsman is intrinsically brutal and savage - on DVD May 8th

Much like HBO’s mini-series The Night Of, A Violent Man occupies the ground of “worst case scenario” situations. After Ty, a struggling mixed martial arts (MMA) fighter played by Thomas Q. Jones cheats on his girlfriend with a reporter (Denise Richards), said reporter is found dead in her apartment the same night, choked to death. Considering Ty’s chosen profession, the detective’s question “are you a violent man?” makes the whole case seem open and shut. To complicate matters, Ty becomes a viral sensation after footage of him beating champion Marco Reign (retired MMA superstar Chuck Lidell) in a sparring match is released online. 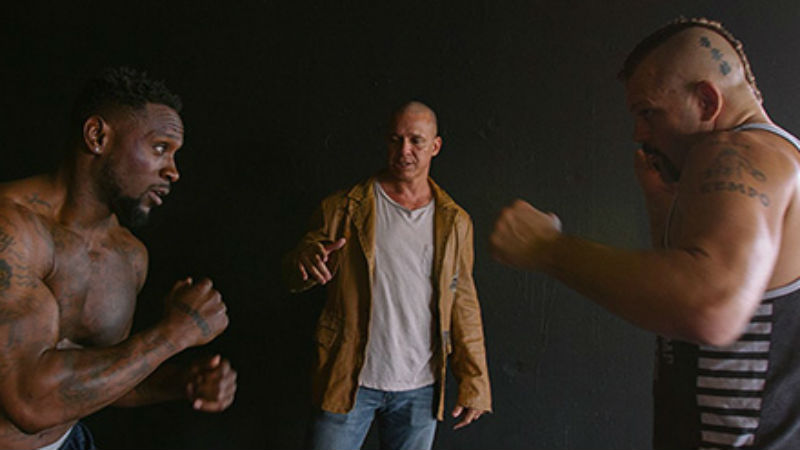 There are moments in A Violent Man when it seems like director Matthew Berkowitz is criticising the fetishisation of black male athletes. There is an extremely charged chokehold demonstration that recalls that particularly uncomfortable moment during Get Out’s (Jordan Peele, 2017) dinner scene. Similarly, Ty’s race and enormous physical presence lead to him being consistently dehumanised, other characters refer to him as a “beast” on more than one occasion. In one scene, Ty is greeted with mistrust in a jewellery store, labouring the racism angle, but there is a germ of an interesting idea there.

What undermines this idea is that Berkowitz shows that Ty is prone to violence outside of the ring. After a disagreement in a strip club, Ty smashes a brick into the head of a man (bafflingly played by Jersey Shore’s Mike Sorrentino) and later almost kills someone in an underground fight club. Jones’ performance also does little to define Ty’s character, his wide-eyed, slightly dopey expression provides minimal information about his internal life. This is in part due the film’s tendency to let Jones’ huge corporeal presence do the leg work in place of character development. Jones is a former NFL player and clearly an inexperienced actor, as a result his physicality is prioritised over his performance. In a film with a tendency to let the camera leer at its cast, no one is more objectified than Jones. 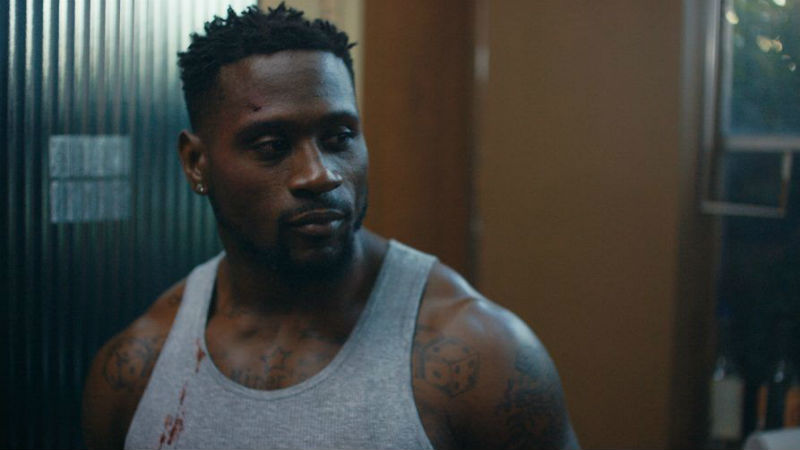 To his credit, Berkowitz tries to enliven some of the cliches of the boxing film. Clearly inspired by Danish film director Nicolas Winding Refn, he bathes the film in red light and incorporates a synth heavy score courtesy of Peter G Adams. But these attempts to gloss over the thin script only serve to give A Violent Man the feel of a film school undergraduate project. On the other hand, Issach De Bankolė’s performance as Ty’s trainer and surrogate father is an enjoyable update of the Mickey role in the Rocky franchise

A Violent Man is out on DVD on Monday, May 7th.