"Mostly clean movie"
When life (and a film) becomes insufferable! Drama dealing with mental health issues and starring Julie Delpy is well-intentioned but also so riddled with clichés it's hardly bearable to watch - in cinemas March 30th

Dramatising grief, depression and self-harm requires a steady and empathetic eye. If applied well, then it can be deeply affecting. Done poorly, it can slide a film into completely maudlin territory. The Bachelors wants to be a hard-hitting and topical mental health drama, but the tropes are so overdone it becomes almost insufferable to watch. It isn’t so much a real movie as opposed to a collection of groan-worthy clichés that are only enjoyable in the way one can guess everything that will happen well ahead of time.

The film starts with Bill Palet (J.K. Simmons) waking up his son Wes (Josh Wiggins) and telling him that they are moving away from their old home. Both of them are still reeling from the death of the boy’s mother, something that we are reminded of every time the two of them speak. Thanks to a favour from a friend, Bill gets a job as a maths teacher at a private school, where Wes also studies. Here the depression drama is joined by the school intrigue drama, replete with privileged bullies, beautiful but inaccessible girls and endless, gruelling sports. Almost immediately Wes falls in love with Lacy Westman, who studies in his French Class, taught by Carine (Julie Delpy). Thankfully for him, the two of them are forced to study together. Meanwhile, Bill and Carine get closer, but he is finding it extremely hard to get over the death of his late wife. Things develop exactly as you’d expect. 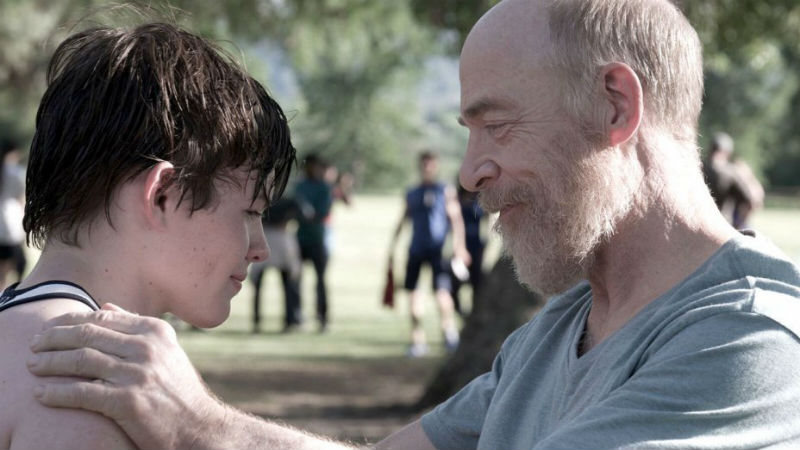 It’s a film with a classical plot and subplot, featuring sad men and (also sad) dreamy women to whom they can air their grievances. This doubling-up technique, where women are only seen in relation to the men, is particularly tiresome. It really could’ve done with making the women a little more dynamic. Instead they also suffer from buzzword problems instead of real conflicts. This speaks to the movie as a whole, replete with big moments that are completely unearned and attempt to resolve all dramatic conflict by means of inspirational montages. It fundamentally misunderstands how young people talk about their issues (firstly, they never talk this much) and how elders intervene. For anyone suffering with mental health issues, I think this film would probably make them feel worse.

It is strange to see so many talented actors wasted in the service of so little. J.K. Simmons plays the diametric opposite of his controlling character in Whiplash (Damien Chazelle, 2014g), a man completely walled in by his grief and depression. Representing this is a difficult task, and Simmons doesn’t do enough to make it come to life. Likewise, Julie Delpy is one of the all-time great French actresses, turning in memorable roles in films by directors as diverse as Kieslowski, Linklater, Carax and Schlöndorff. Here Delpy tries her best to elevate the material, and gives one of the most natural performances in the movie, but is let down by the trite dialogue. Additionally, Odeya Rush would prove to be one of the best teenagers around in Lady Bird straight after this film, but she is nonetheless weighed down by self-hatred clichés here. 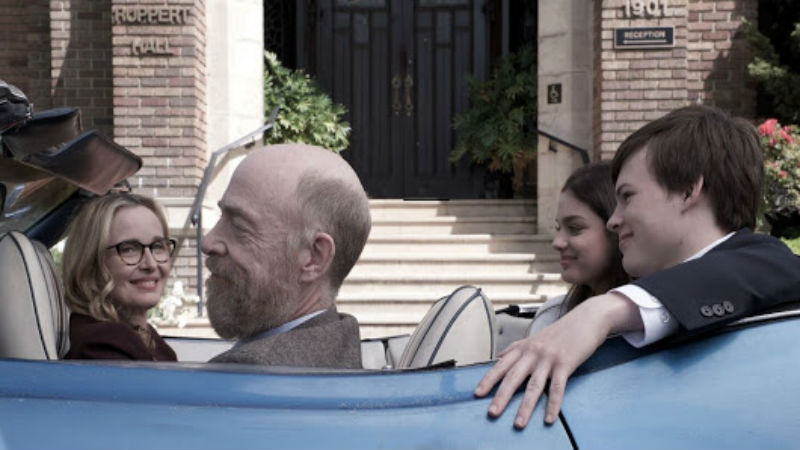 Compared to the rest of the cast, however, these performances are worthy of Shakespeare. The thing that the aforementioned Lady Bird (Greta Gerwig, 2018) did so well is make every single character in the movie feel like a real, hurting person. Here the supporting cast are reduced to the most tedious archetypes imaginable. There’s the bickering parents, the faceless jock, the stern sports coach, the lecherous older teacher, and so on. This lack of effort to shade the characters out beyond the bare absolute minimum contradicts the theme of the movie that everyone is special if only they truly confront their problems. In reality, not everyone is worth saving.

It’s a nobly-intended film that could’ve been a sobering depiction of mental health issues, but ends up being rather trivial instead. It has to be commended for trying, but ultimately, all of its sentiments could fit inside of a consolation card.

The Bachelors is out in cinemas across the UK on Friday, March 30th. This isn’t the only film dealing with mental health issues released this month to very poor results.

In the name of the Father, the Son and the Holy Flag! Latest movie by emblematic Texas director has his usual realistic and humanist streak, deep diving into the world of three war veterans grieving over the death of a young soldier (the son of one of the men); sadly the anti-war message eventually gets a little diluted in nationalism - in cinemas [Read More...]

Not so crazy about it... This British Amélie Poulain wannabe is set in posh North London, but it lacks originality and its depiction of mental health illness is borderline offensive - on VoD March 5th [Read More...]