F ollowing his captivating examination of the family in After the Storm (2016), Hirokazu Koreeda continues his prolific form of one-film-a-year and delivers a multi-layered emotional tapestry in The Third Murder. Pre-dating the appearance of the title on screen, Misumi (Kôji Yakusho) commits the titular cardinal sin, whilst stealing the dead man’s wallet. Charged on the account of murder and robbery, his fate looks sealed until the prudent lawyer Shigemori (Masaharu Fukuyama) seeks to add truth to the matter. Retaining the familial themes that have imbued his works with a vibrant quality, whilst venturing to pastures green, Koreeda entrances you into the seams of his narrative; leaving one emotionally charged and contained.

Throughout, the murder which Misumi has committed only has one valid piece of evidence; his confession. Apart from the fact he worked at a canning factory owned by the man he killed, there is actually very little hard evidence to support Misumi committing murder. Shigemori is all too aware of this and proceeds to look beyond Misumi’s confession and study the actual narrative of the killing. Previous to Shigemori’s involvement, his father examined the case but was all too swift to jump towards the conclusion that the murder was all down to Misumi. 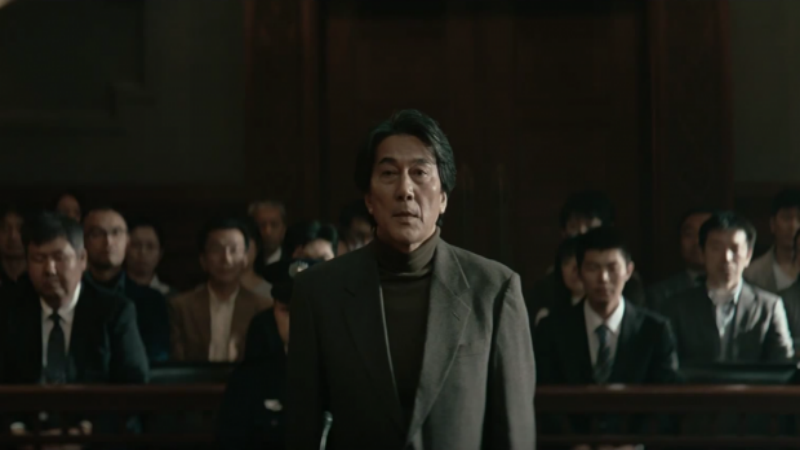 Working in a small team of four, Shigemori’s work relationship is imbued with a tender stroke by Koreeda. Replicating the narrative bonding act of eating noodles, which is so fundamental to the relationships in After the Storm, ingrains a delicate characteristic to the lead. Acting as a cathartic escape from the stresses of the murder case, such senses add levity towards the Noirish elements of Misumi’s brutal act of murder. The fine balance between light and dark tones is an artistic stroke of virtuosity from the director, resulting in a deep emotion investment to all the characters, regardless if they are criminals or not.

Similar to Our Little Sister (Hirokazu Koreeda, 2015) an exploration of young femininity is unearthed in Sakie (Suzu Hirose). The daughter of the man Misumi killed-or seemingly so- she is a vulnerable tender being. Operating to a level of secrecy towards Shigemori, the secrets of her father are uncovered through her. Hirose’s graceful pale faces furthers the progress of her character’s tenderness too. 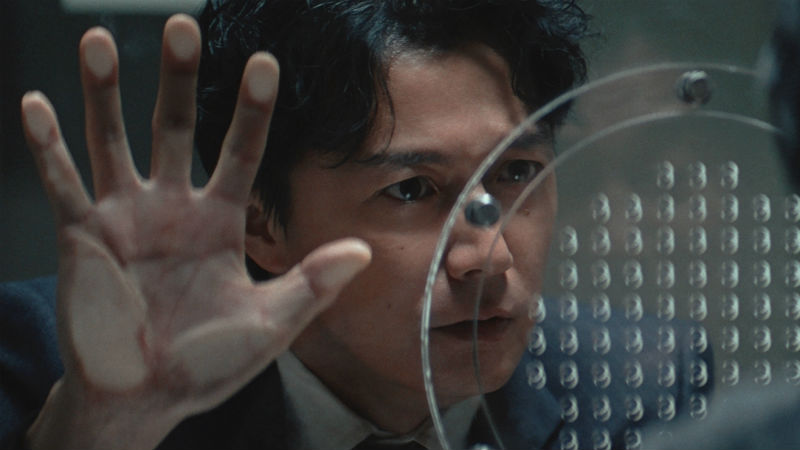 Adding to an already impressive and varied filmography, Koreeda serves up a delightful slice of enthralling cinema. Akin to the varying genres explored by Francois Ozon from 8 Women (2002) to Frantz (2016) knows what field the Japanese director will operate in next. This interchangeable form of filmmaking is as good as it gets.

The Third Murder was out in UK cinemas in March. It’s out on VoD on Monday, July 16th. The director won the Palme d’Or in Cannes for his latest film Shoplifters, yet to be released in the UK and elsewhere.

Tuning the pump organ: Japanese thriller in family drama clothing has a man’s old friend just released from prison teach a child how to play a music instrument, to devastating consequences - in cinemas this week [Read More...]