"Dirty gem"
Does honesty pay off in a society riddled with corruption? Bulgaria’s latest Oscar entry is a double character study of a sympathetic, ordinary worker and a self-serving member of the elite political class - in cinemas

It’s not obvious until about half waythrough, but the title of Glory refers to the wristwatch belonging to one of its central characters. Tzanko Petrov (Stefan Denolyubov) is a none too bright but nonetheless conscientious employee of the Bulgarian state railway system who attempts to report his fellow workers for siphoning diesel oil from trains at the taxpayer’s expense. Such a scandal would be inconvenient for the transport minister Kanchev (Ivan Savov) who ignores Tzanko’s allegations. But then doing his rounds tightening nuts on the tracks with his heavy spanner, Tzanko stumbles upon a pile of banknotes spilling out of a bag which he promptly reports to the authorities.

Under the micromanaging eye of government PR guru Julia Staykova (Margita Gosheva), he’s invited to the country capital Sofia for a simple ceremony which doubles as a photo op aiming to show that current state polices produce good, honest workers. In order to present Tzanko with a new watch, she has him remove his own, very ordinary but reliable timepiece so he can be presented with a new one. But in the chaos caused partly by Staykova’s work pressures and partly by the stress from her and her partner Valeri’s attending a fertility clinic to have their potential embryos frozen for possible birth at a later, more convenient time, she mislays Tzanko’s watch. Which, it turns out, is a perfect timekeeper given him by his father and inscribed with the legend, “to my son Tzanko”. 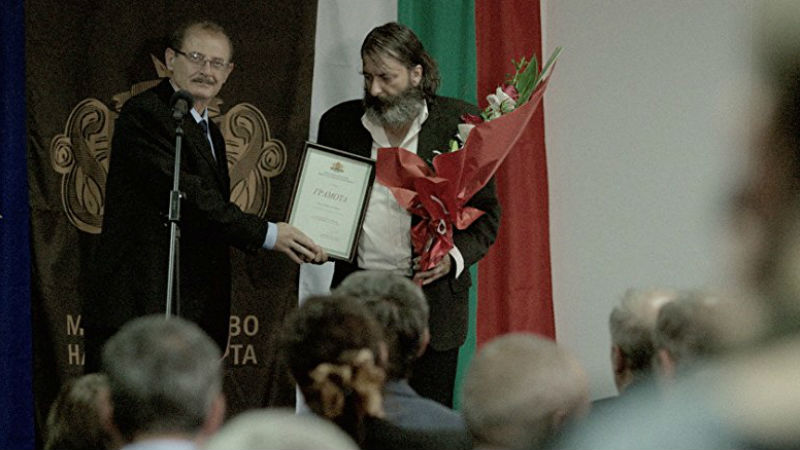 This loss will become the catalyst for Tzanko to talk to investigative journalist Kiril Kolev (Milko Lazarov) about not only the watch but also the corruption which starts with his thieving workmates and goes right up to the minister at the top who can’t be bothered to sort out the problem – the one conversation Staykova is desperate to prevent.

Although Tzanko could easily have been treated as a pathetic figure of fun – witness Staykova and colleagues laughing at unusable talking head footage where he explains his find of the money with a stutter that makes delivering the explanation extremely difficult for him – the filmmakers are clearly on the humble worker’s side. This is a lowly and simple man concerned with running to time, telling the truth and making sure his beloved pet rabbits are well fed and cared for.

By way of contrast, Julia Staykova constantly wastes the time of everyone around her – for instance, the health professionals who are trying to help her when she takes ‘important’ work phone calls in the middle of a meeting with them. This is no different to suddenly having Tzanko remove his watch to facilitate a presentation designed not to serve him but to make her political masters look good. There’s no denying she’s under a lot of pressure, but it’s hard to like Staykova whereas the values for which Tzanko’s largely unremarkable life stands are admirable making one immediately sympathetic to his plight. 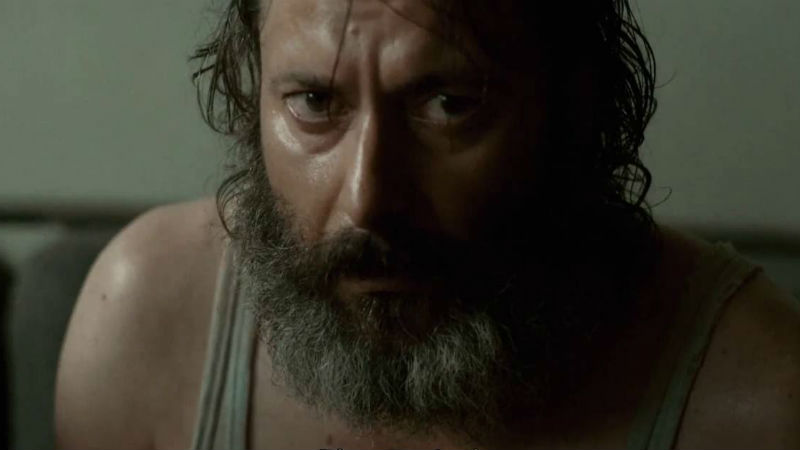 Indeed, the two characters embody the underclass and the overclass – the honest, conscientious worker and the highly pressured government employee out of touch with not only those around her but also the mass of ordinary people to whom her work is supposed to be of benefit. I was reminded of the contrast between UK‘s self-serving Conservative politicians who set up the EU Referendum assuming people would vote Remain, and all those UK voters who suddenly had the chance to tell their political masters exactly what they though of them by voting Leave.

Clearly there are parallels with the political class in other countries too. There may well be many ordinary people who are far less honest – and they’re visible in the tale’s background – but it’s the political elite and those around them who come off worst here. Glory touches a raw nerve in the West and elsewhere: at the time of writing, the film has notched up some 31 awards as well as being nominated for Bulgaria’s Best Foreign Language Film Oscar. It’s not hard to see why.

Glory is out in the UK on Friday, January 5th. Watch the film trailer below: