"Mostly clean movie"
Biopic of the French sculptor Auguster Rodin lacks movement, energy and vigour - unlike the vibrant pieces by the artist - live from Cannes

The sculptures by Auguste Rodin were not stagnant. The were teeming with turbulent passion, action and emotion. Sadly his biopic is stationery, lifeless and tedious. I wonder why the veteran French filmmaker Jacques Doillon decided to make such a dull and ineffective piece of filmmaking, and why anyone would go to the cinema to watch it.

It’s not that the film is too esoteric; I doubt even die-hard fans of the progenitor of modern sculpture will like it. The movie simply lacks flare and guile, and it’s quite excruciatingly painful to watch at 119 minutes of duration. Vincent Lindon in the main role is quite boring, and there is absolutely no chemistry with Izia Higelin, who plays Camille Claudel. Izia (who starred last year in Catherine Corsini’s Summertime) is extremely limited in her role, and overall it feels like there was no coaching of the actors. 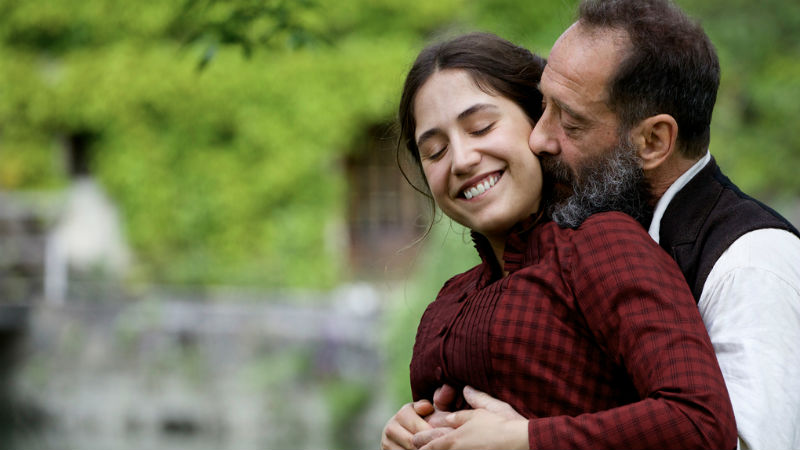 The film centres on the period of the romance break-up, when Camille moved to the UK and they began to argue as to who plagiarised who. Rodin lived with his maid Rose, and the children which she claimed to be Rodin’s offspring. There’s also the (in)famous statue of a very paunchy Balzac with huge testicles, which provoked a lot of controversy at the time. Paul Cezanne and Claude Monet make a short appearance, and the Austrian poet Rainer Maria Rilke is mentioned multiple times. But the events never gel together. The film doesn’t even feel didactic, but instead as a loose tribute to various historical figures.

Praise must go, however, to the film’s photography and mise-en-scene. This is a beautiful and moving portrait on France in the late 19th century, with beautiful images of the countryside and recreations or Rodin’s pieces.

Rodin is showing as part of the 70th Cannes International Film Festival, which DMovies is covering live right now. The film is vying for the Palme d’Or, but it’s unlikely to take it.